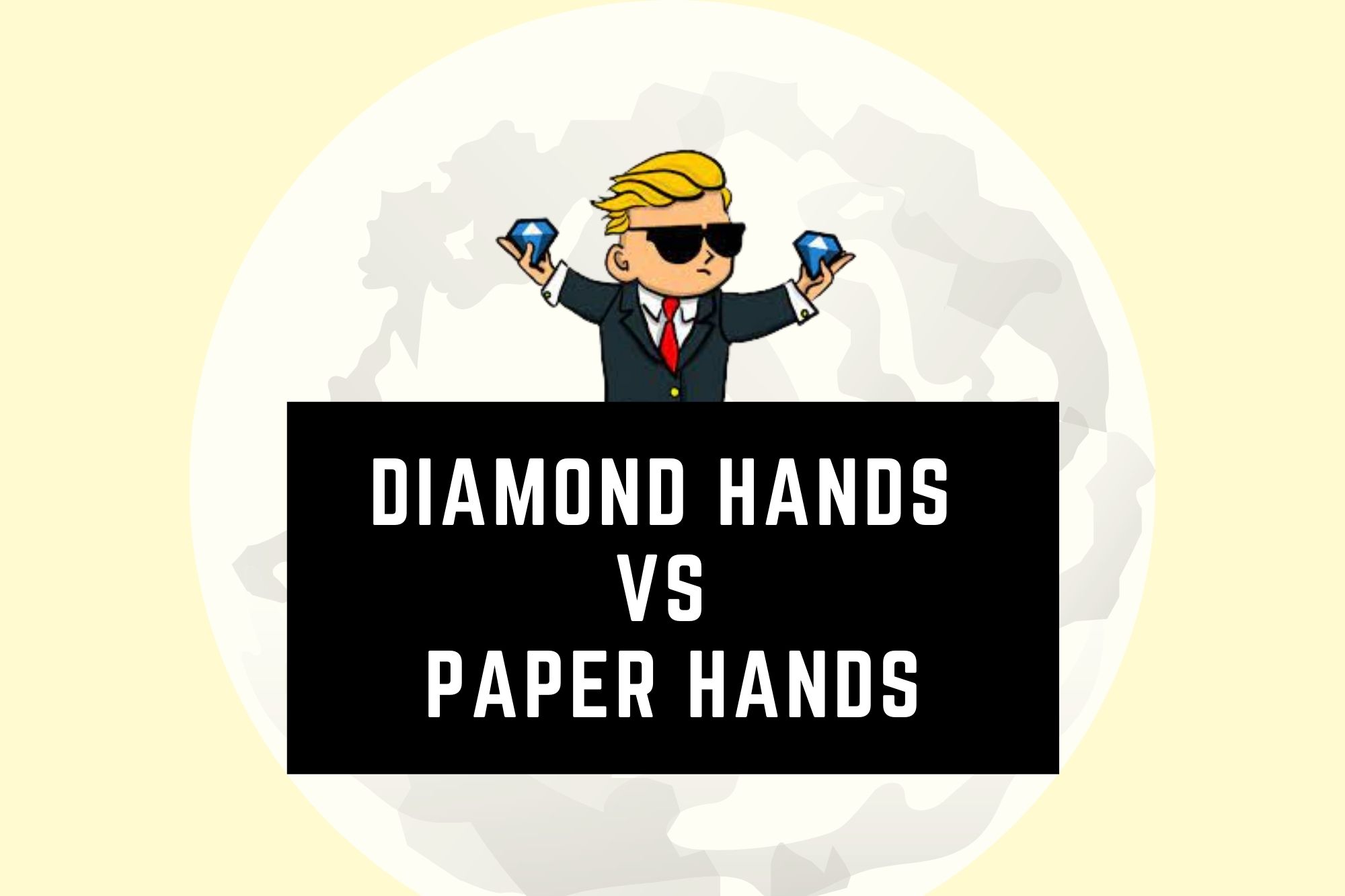 Meme culture has taken over the trading world with the surge in social trading. This was most evident in the GameStop saga, where the subscribers (stocks and options traders) of r/wallstreetbets banded together to buy up stocks of GameStop to prevent Wall Street hedge funds from profiting from their short trades. From a niche Reddit thread, the WallStreetBets’ lingo has spread beyond Reddit to infiltrate the way we talk about investments. In fact, the crypto community have embraced this lingo wholeheartedly and the terms mentioned here can be found in both communities.

Here’s a quick guide to these new popular investment terms and what they mean. Don’t be surprised by all the emojis.

Popularised by r/wallstreetbets, diamond hands (or more commonly depicted in emoji-form as ) refers to someone who has high risk tolerance to stomach through the high volatility of the stock/ asset that they own; they don’t cave under pressure. This is likely to be in reference to diamond’s unyielding material strength. Seen in a negative light, this can also mean a hard-headed stubbornness to let go of a stock or asset in spite of its collapsing value, risks or losses.

Unlike how most investors and traders would think, selling at the top is antithesis to WallStreetBets (WSB). During the GameStop saga, Redditors were urging to have diamond hands and not paper hands. Anyone who sold as GME stock price rose was derided as having paper hands and not having the determination to short squeeze the Wall Street hedge funds or in Reddit-speak, not having the conviction to go to the moon.

And this leads us to our next WallStreetBet lingo: to the moon! (sometimes interchangeably referred with just or with other moon emojis ).

This refers to the end-game or the final destination. For GME, the end-game was to short-squeeze the Wall Street short-sellers. However, this term has evolved to refer to rapidly increasing price or future record highs of the underlying stock or asset.

For example, at the time of writing, AMC (one of the favoured stocks for WallStreetBets to rally against short-sellers) is heading towards a new record high and going to the moon ! 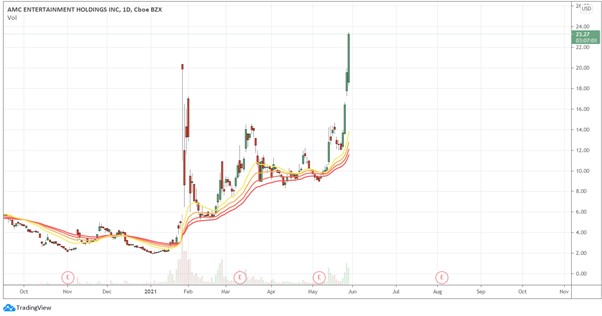 “HODL to the moon” is an oft-repeated term in r/WallStreetBets. For those wondering, HODL isn’t an acronym but actually had its origins as a misspelling of hold. First seen in the crypto community, hodl refers to the strategy of buying and holding bitcoin and cryptocurrencies. It has since evolved to stand for “hold on for dear life”.

Originally a drunken misspelling, HODL is a typo that launched a thousand memes. Naturally, it was adopted by the WSB community who urge each other to HODL to the moon! 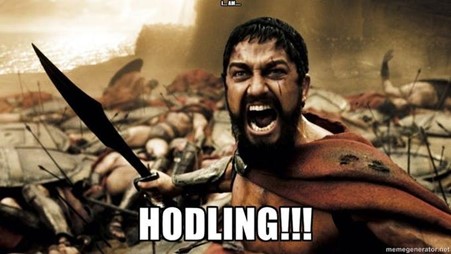 Pump and dump is not a new term, in fact, it has been in existence for long enough that its practice on penny stocks has been regulated. Basically what happens in a pump and dump is that a stock or asset price is artificially inflated by hype (the pump) by people who already own the stock or asset. Once the price is sufficiently boosted, they then sell their positions (the dump) at a higher price.

Originally the GameStop saga looked like a classic case of pump and dump. In fact, Keith Gill, known as “Roaring Kitty” on YouTube and “DeepF***ingValue” on Reddit, one of the key figures in the GameStop saga was investigated by the Massachusetts securities regulator. However, while most pump and dumps are short-lived, the GameStop saga has evolved to take a life of its own to affect more than one stock in a single country without any clear singular source.

A bagholder is someone who is left holding the bag when everyone else has left the game. In  this context, it refers to someone who continues to hold a stock that has fallen in price, thinking that the price will recover. Anyone who buys during the dump phase of a pump and dump is likely to be a bagholder.

Someone who owns a lot of a stock or cryptocurrency. Their holdings are large enough that if they sell, it can cause the price to drop as there are insufficient buyers to buy up the amount of stocks or cryptos they are selling.

Regardless of our personal opinions on the matter, social trading is a trend that is here to stay. WallStreetBets and the GameStop saga is an example of social trading taken to an extreme. Whether you are discussing your stock pick with your buddies or part of a trading community, you are participating in a form of social trading. With the proliferation of trading platforms and platforms to discuss and analyse trades, social trading is likely to continue and traders and investors will have to be aware and stay updated on the latest investment terms and lingo as well as their underlying trends.