Your salary isn’t just one number 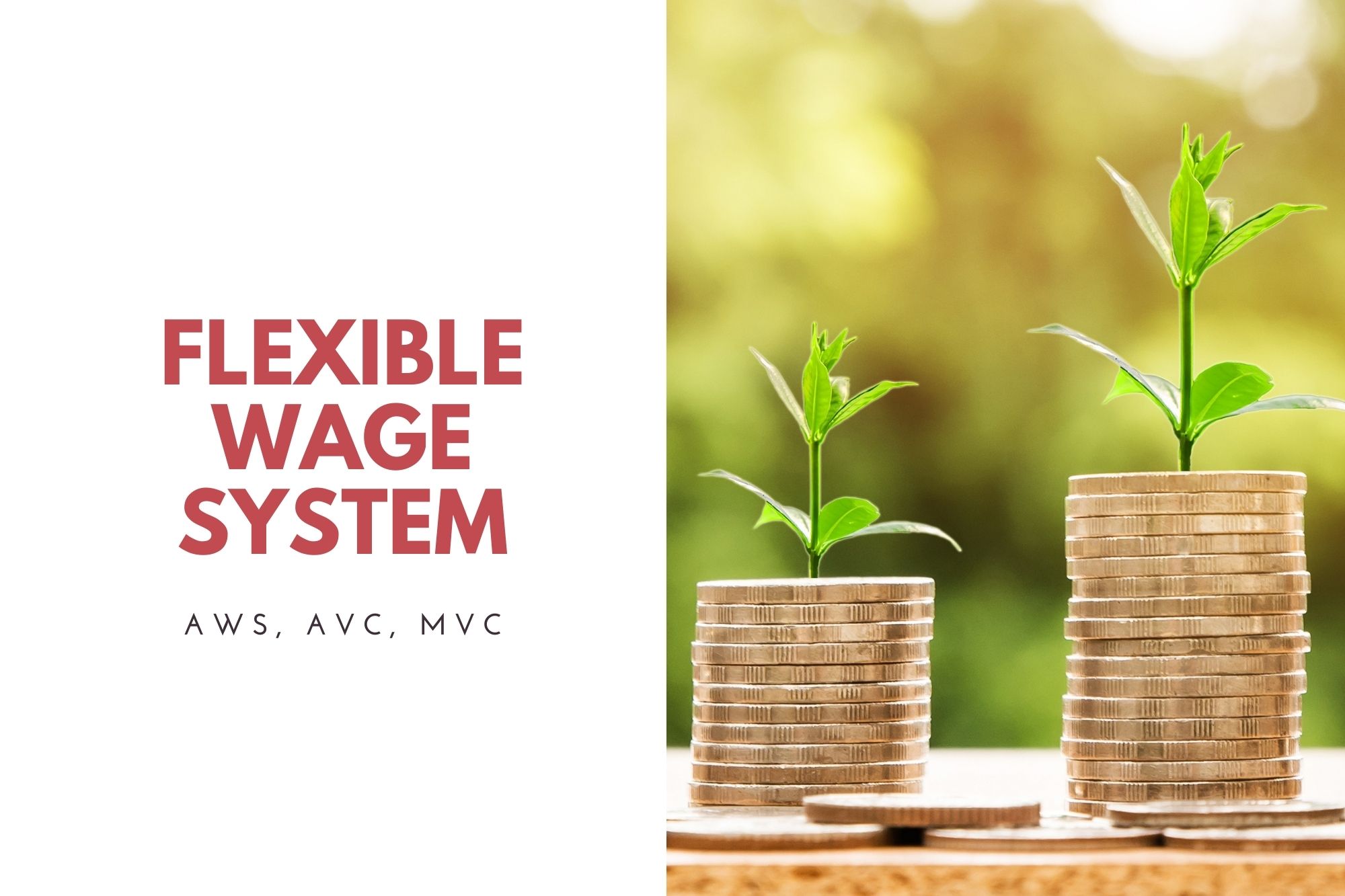 With the current gloomy economic climate, the National Wages Council (NWC) has introduced a set of supplementary guidelines on 16 October 2020 addressing the thorny issue of wage cuts and retrenchments.

According to their recommendations, employers should only consider retrenchment after exhausting all other cost-cutting measures and wage cuts should be made to the variable component of wages. They also urged companies to implement a flexible wage system, instead of cutting base wages.

With this focus on wages, it is important to know what the flexible wage system is, the wage components and how they affect you as an employee.

What Is Flexible Wage System?

The Flexible Wage System is a wage system that gives employers more flexibility by building in a variable component into wages. This is different from the standard wage system where the wage is fixed and there may be an annual wage supplement (AWS) or 13th month bonus, depending on the company. In this case, the AWS is considered a form of deferred basic wages and not a variable component.

The monthly fixed component is what is commonly understood as the base pay or basic salary. This is the amount that your employer is legally obligated to pay you under the Employment Act.

Your monthly CPF contributions, overtime pay, salary in lieu and paid leave are all computed on your monthly gross wages, comprising the monthly fixed component and the monthly variable component.

The NWC recommends a varying percentage of variable components for different levels of employees:

What Is The Advantage Of Having A Flexible Wage System?

According to Singapore National Employers Federation (SNEF), 29.3% of employees are now on the Flexible Wage System and they hope to increase this to about 70% to 90%.

The reason that NWC and their tripartite partners are pushing for a move towards Flexible Wage System is that it allows companies the flexibility to use wage adjustments to respond quickly to business conditions.

In accordance with NWC 2020/2021 Supplementary Guidelines, companies who are not already on Flexible Wage System should immediately implement it and consider any wage cut as a cut to the variable component. These companies should endeavor to restore the wage adjustments as the business recovers.

How Does The Flexible Wage System Affect You As An Employee?

Legally, the Employment Act only obligates the employer to pay you your basic wages (the monthly fixed component), unless stated otherwise in your employment contract or the collective agreement with the unions.

This means that as an employee, you cannot expect your employer to pay you AWS or any other bonuses that is not stated in your employment contract or collective agreement. A bonus is literally a bonus and should not be taken for granted. Variable components are not compulsory.

However, employers are expected to provide clear communication regarding wage adjustments and identify clear indicators that trigger a need for wage adjustments. Your employer cannot and should not cut your wages without a clear business case and, according to NWC guidelines, already utilised all other cost-saving measures.

Another aspect that Flexible Wage System may affect you as an employee is your ability to take and service a loan. In a conservative calculation, some banks may only consider the monthly fixed component of your wages and discount the variable components. Considering that the variable components make up 30% or more of your salary, this could mean a reduction in the maximum loan that the bank is willing to loan you. The type of company you are working for and their history of paying bonuses also matters. For example, the variable components for someone working in the Civil Service are perceived as more stable than for someone who is working in a struggling small company in an industry hard hit by COVID-19.

In general, as an employee, you should read the fine print before you sign your employment contract and be clear about your company’s compensation policy. In good times, it is easy to assume that your monthly wages will be the same and that you will receive an annual bonus to fund your big-ticket expenses. However, in bad times, it would be prudent to evaluate if you can maintain your current lifestyle based on your basic salary.

Read Also: Civil Service Bonus: How Much Has The Government Paid In Bonuses Over The Past Decade?

(2020 Edition) Cost Of Owning A Car In Singapore Over 10 Years
Is Investing Too Complicated For You? Here’s 3 Simple Tricks To Make It Easy To Develop Investing Habits