Apple HomePod, Google Nest & Amazon Echo: Which of These Smart Speakers Should You Get and Are They Worth Paying For?

Which is the smartest of them all 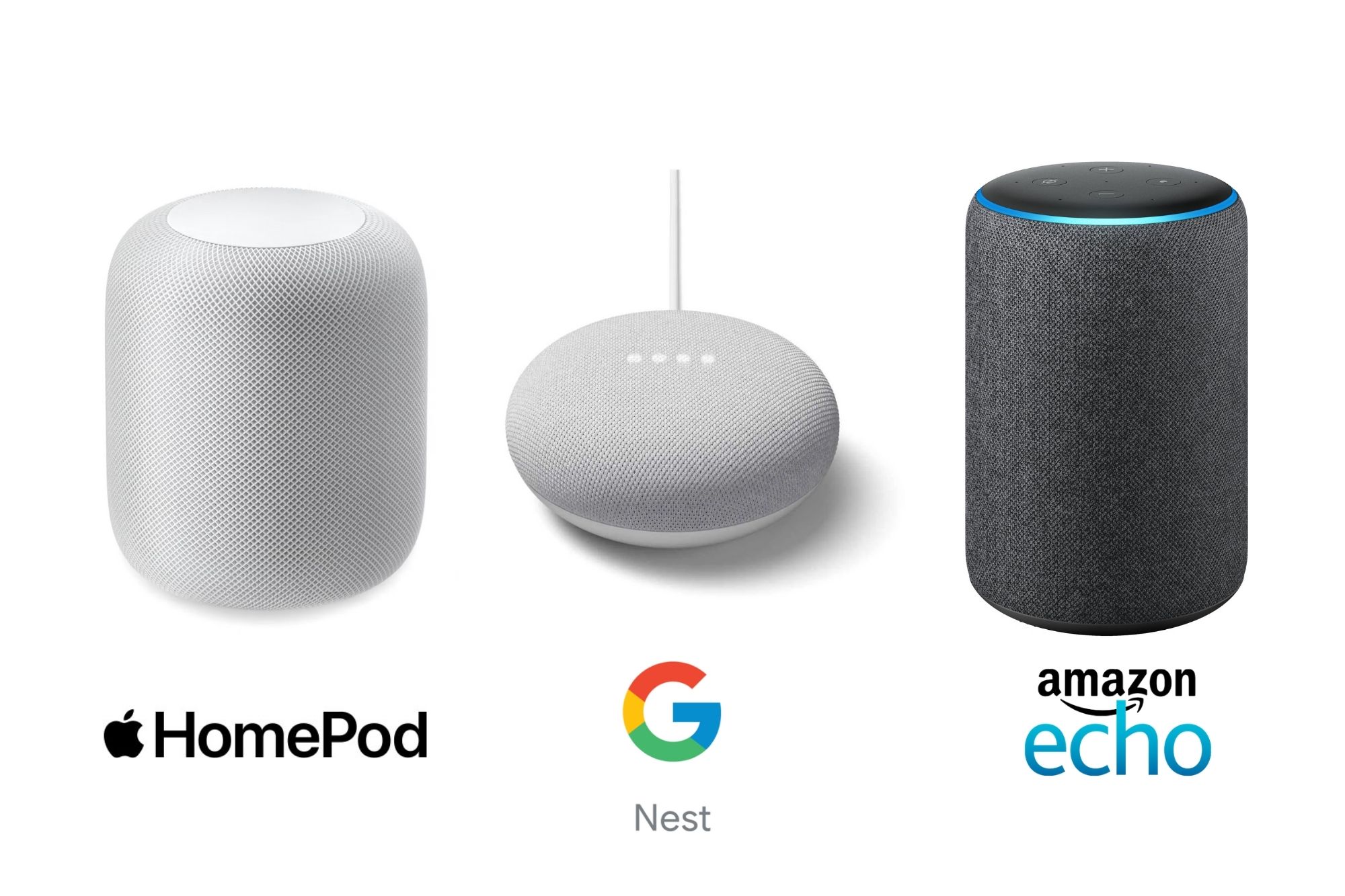 The introduction of smart speakers has been raved as an essential part of a smart home. Apart from the expected features of a regular speaker, these speakers conduct useful tasks that are activated by our voice, such as sending a text message or setting an alarm.

Currently, the three major international players are Google, Apple, and Amazon which offer the most competitive features. However, features alone do not tell the full story and may not be the only comparison between products.

#1 Availability Of Devices In Singapore

At the time of writing this article, Google is the only company listed to have their speakers available for purchase through official channels locally. You can purchase the Google Nest speakers directly from the Google online store or from authorised retailers such as Courts. For Apple and Amazon, the companies have not announced when the product will be launched officially in Singapore.

By doing so, there is a huge chance you will forgo any official local support from the manufacturer. Since Google is the direct retailer of the Google nest speakers in Singapore, they can attend directly to any issues you face including product defects. Unfortunately, if you encounter similar problems with the Apple HomePod or the Amazon Echo, you will have to contact the sales agent or even send it overseas yourself.

#2 Compatibility With Your Device

Given that the HomePod is an Apple product, it should come as no surprise that it mainly supports its own family of products. You will be required to use a supported iPhone to setup the speaker and you will be unable to do the basic task of playing music through an Android phone without some workarounds through third-party apps found in the Google Play store. With that said, using an Android phone with the HomePod does not give you a seamless experience you get with an iPhone such as answering your iPhone calls. You will also be missing out on Siri, one of the main highlights of the Apple HomePod in the first place. In contrast, the Amazon Echo and Google Nest are supported on both iOS and Android.

The Amazon Echo and Google Nest speakers allow you to control a huge number of smart devices using your voice and are supported by Alexa and Google Home respectively. Even though the same can be said with the combination of the Apple HomePod combined with an iPhone, Apple HomeKit (Apple’s answer to the smart home) falls short in product support compared to Google’s and Alexa’s options. Alexa-supported products are normally supported by Google Home as well, and vice versa. Unfortunately, the same cannot be said for HomeKit support with your smart devices that already comes with Alexa or Google Home support.

After getting past the restrictions that each of the options imposes, you may not enjoy the full features due to region locking. For one, the Alexa app is only available in the U.S. marketplace for the Apple App Store and Google Play Store. You would be required to edit your billing information for this, which may cause implications on other purchases made on the same card. Many iPhone users have indicated issues with their current subscriptions after changing the region of their App Store.

In contrast, Google Nest provides support for most features available in the U.S. such as weather reporting and local news reporting using Google Assistant. To add on, Google Assistant provides localised accent support, which makes it easier for it to understand local voices and terms.

Read Also: How Much Does Netflix Subscription Costs Around The World?

#4 Cost Of Each Product

At the time of writing, Google is the only option that provides a standardised pricing for its products via the Google Online store and official retailers for Singapore consumers. Since Apple and Amazon have not made their offerings officially available in Singapore, the price of the product can differ from the source of the product.

The chart below displays the price of each offering from varied brands.

The HomePod Mini is Apple’s newest iteration which is meant to compete with more affordable offerings from other brands. Apple and third-party retailers have yet to release any information with regards to its arrival in Singapore. Given the trend of third-party retailers, do expect the prices to be slightly higher at the estimated price at launch.

Apart from the native availability of the devices at local retailers, the Google Nest speakers offer the most features that are locally available. These include localised features such as local news reporting from Straits Times along with Singaporean accent support. Unlike the Apple HomePod which limits its users to primarily iPhones, the Google Nest smart speakers are open to all platforms.

As of now, Amazon and Apple have not released any official statements regarding the release of their products in Singapore. This makes Google Nest speakers more accessible to Singaporean users.

Read Also: YouTube Music Premium VS Spotify Premium VS Apple Music: Which Should S’poreans Choose For Their Music Subscription Needs?

Alipay Vs. WeChat Pay: The Similarities And Differences Between These Two Payment Systems For Singaporeans
The $100 SingapoRediscovers Vouchers: Who Is Eligible and What You Can Do With It