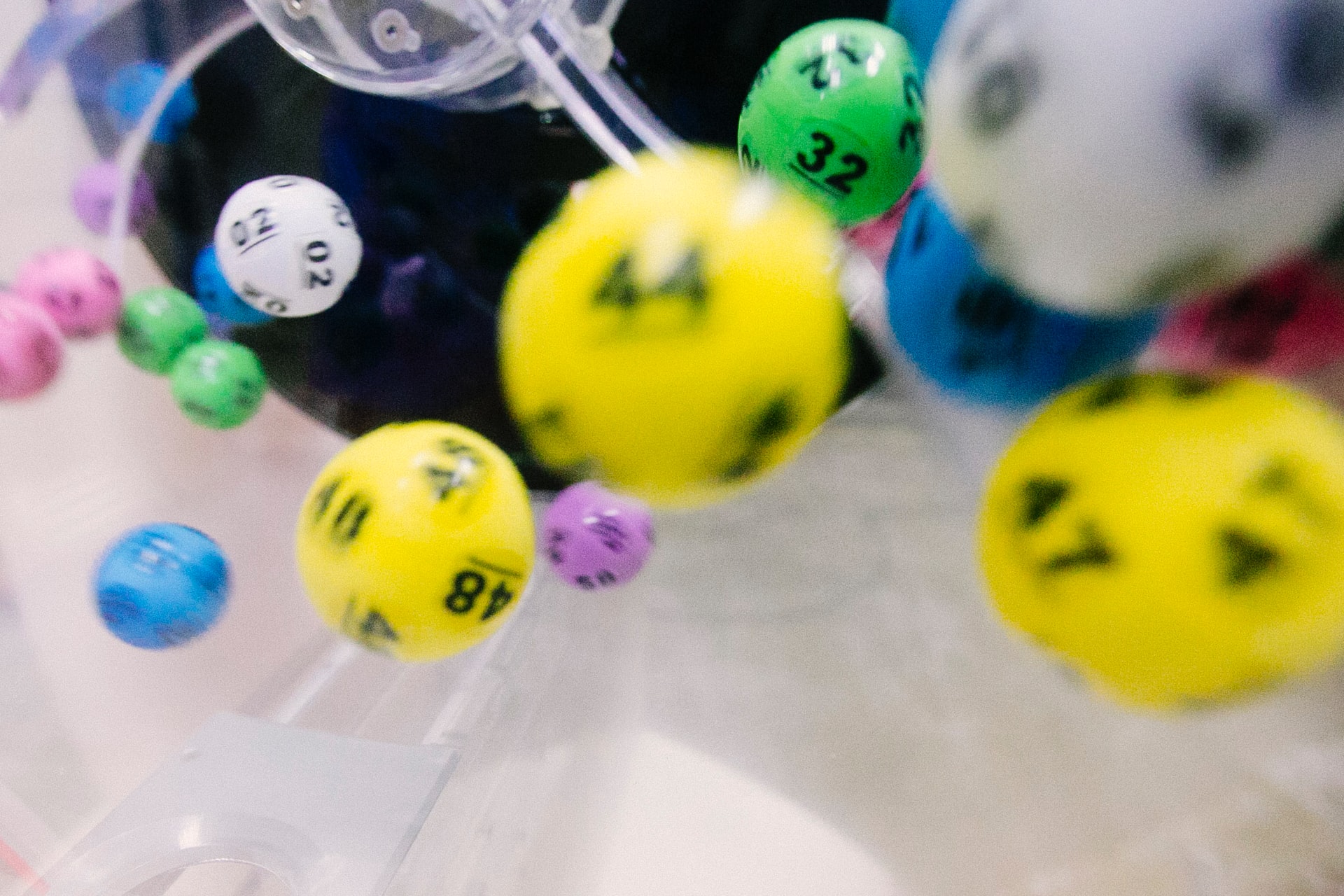 It was an ordinary day when I was responding to the many queries and comments in the 1M65 Telegram Channel.  A member of the group solicited views about TOTO vs 4D, and I gave my view that TOTO is better than 4D since the chances of winning either TOTO or 4D are both very low, but the payout from TOTO is potentially higher.

The analysis was made purely from the probabilistic point of view when comparing 4D vs TOTO.  Never did I ever expect a salvo of comments from many 1M65 followers thanking me for supporting TOTO as part of the 1M65 strategy.  I tried to undo the damage by explaining that I do not support gambling of any form.

However, the more I tried to explain myself and discourage TOTO as it is a “social evil” since it is a form of gambling, the more people jumped onto the notion that TOTO is a good avenue for money making.  Eventually, I deleted all my comments on TOTO from the 1M65 Telegram chat group for fear that more of the 11K+ followers will misinterpret my comments.

Read Also: The Math Behind TOTO – Here’s Why It (Statistically) Doesn’t Make Financial Sense To Play

A few weeks later, I was shocked to see this post. One of our 1M65 followers actually won a TOTO prize of $211K! 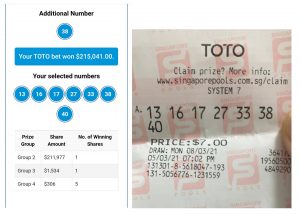 He thanked me profusely for the “brilliant” strategy of combining TOTO and 1M65 CPF strategy.  While I congratulated the winner for the windfall, I immediately clarified again that I do not support gambling and emphasised that TOTO is a form of gambling.

This made me want to share a few reflections:

The Curse of Windfall – A Tragic Case Study

Mdm T was in her early 30s in 1970s when she won S$20,000 in a lottery in Singapore.  The amount was many times her monthly salary of $500 as an admin staff.  After her lottery win, she decided to quit her job and stay at home as a homemaker.

The initial years of not working and enjoying the fruits of the lottery win were great. However, the monotony of not having professional work soon began to seep into her life. After a while, her lottery winnings were depleted as she could not control her spending with increased stakes in lottery purchases.  She tried to re-enter working life but found that she could not adapt to it again after spending a few years outside of the workforce.

Depression soon caught up with her and she lost her sense of worth as her lottery wins vaporized.  Sadly, she could not recover from her depression despite years of medical treatment and committed suicide. This tragedy grieved me terribly as Mdm T was very close to me.

Sudden Wealth Syndrome: Why Many Windfall Winners Often Blew It All?

The media is full of stories of windfall winners who blew it all and subsequently have their lives ruined completely.  This phenomenon is called “Sudden Wealth Syndrome”. It is a form of distress that often hit windfall winners (e.g. lottery winners, bitcoin investors and en-bloc property owners) who suddenly come into large sums of money, that resulted in a life that they could not handle.

The more speculative the nature of the windfall is, the higher the chance that the windfall winner will blow it all as he would increase the stakes of the gamble and speculation, thinking that he is on a winning streak or has found the “secret formula” to money-making.

The thrill of winning often causes the windfall winner to kiss their common sense of diversification goodbye. Time will tell, but speculative behavior always results in heartaches. This behavior is not just seen in gambling and lottery, but also in speculative investment such as Bitcoin or Tesla-type counters.

Read Also: Pandemic Of CPF Illiteracy: The Reason Why Singaporeans Miss Out On A Million Dollar Retirement

How To Preserve Windfalls?

For lottery winners, my advice is to take the winnings and run for your life.  You should never touch gambling of any form again, as if there is a “curse” that Lady Luck will surely claim your windfall back the moment you touch gambling again. I know that this is a near-impossible feat as gamblers are usually addicted to speculation and gambling.  That is why casinos and lottery companies are not afraid of winners.

If you have a windfall, avoid upgrading your lifestyle. Continue your work as per normal. Be very discreet about your windfall as it tends to attract unwanted attention from friends, family and financial advisors. Do not splurge on anything – not a new car, holiday, nor a Chanel bag or a Rolex watch for at least 6 months. Let the euphoria simmer down before you decide what to do with the money.

In some sense, wealth accumulated gradually is “healthier” as the person could adapt incrementally to an increased level of wealth. He knows how long and difficult moneymaking is and would treasure the wealth that he has earned more than the windfall winners.

In the event that you are unable to decide what to do with your windfall and you cannot resist the urge to touch the money, quickly dump most of it into both you and your spouse’s CPF Special Account (CPF-SA) and let it compound to 1M65 or more.  This move should yield no regrets in the future.

My final advice to all speculators and gamblers – If you lose, you lose. If you win, you also lose.

Loo Cheng Chuan, is the Founder of the 1M65 Movement. He developed the 1M65 ($1 Million By 65 Years Old) and 4M65 CPF investment strategy that is helping many Singaporean couples to become millionaires at retirement. He was one of the few non-civil servants to be awarded the Public Sector Transformation award in 2018 for his 1M65 efforts. He runs a 1M65 Telegram Chat Group where he regularly coaches passionate 1M65 enthusiasts on good personal finance virtues.