Understand CPF or miss out on a million dollar retirement 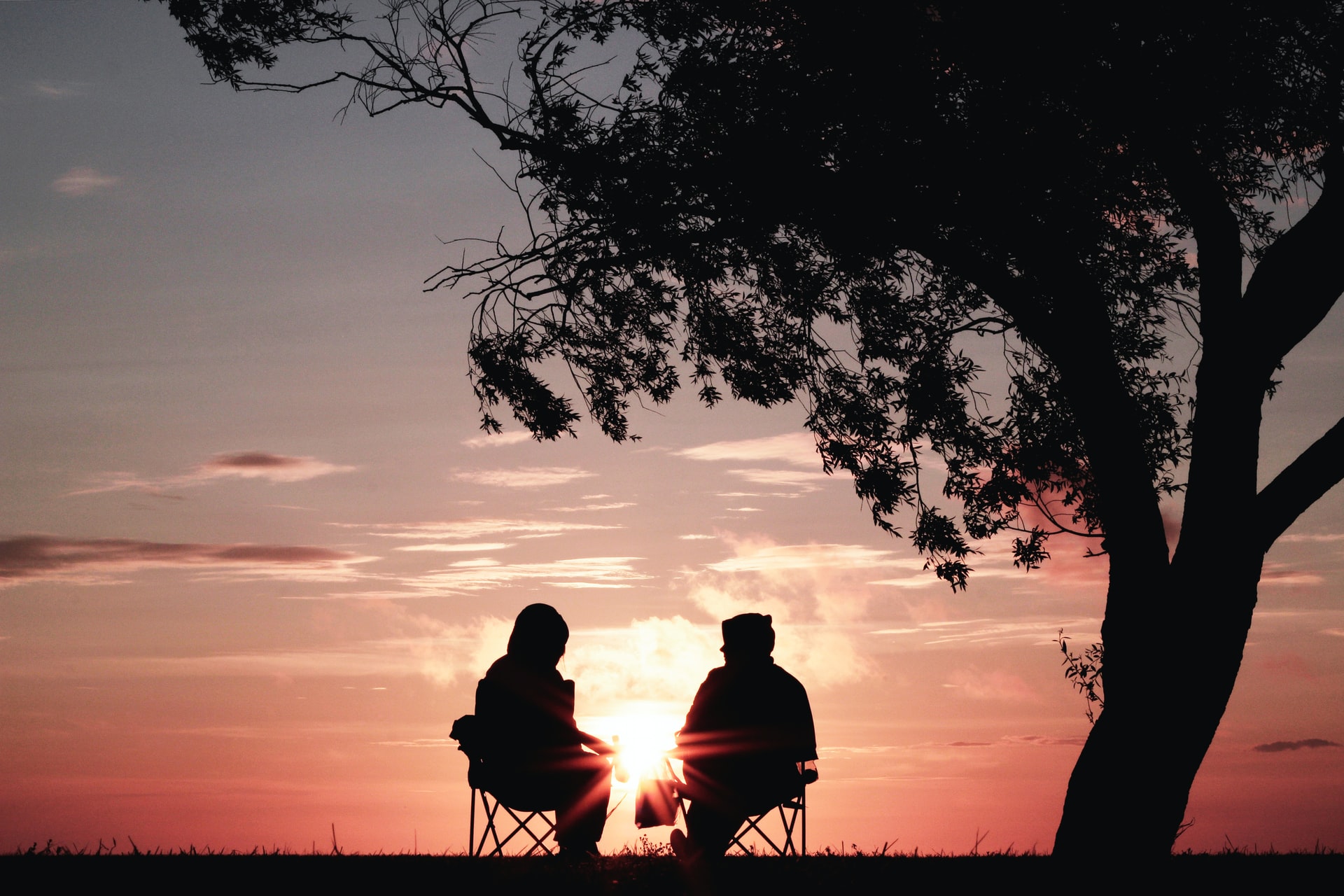 Recently, AsiaOne published “How to get $4m by the age of 65 through your CPF?”, which generated a large volume of interest on social media. While it is heartening to see that this CPF-based investment strategy garner much attention and interest among Singaporeans, it is also very concerning to read the many comments and criticisms that the article has drawn on social media. I believe these criticisms stem from a deep-seated poor understanding of our CPF policies.

I termed this problem as the “CPF Illiteracy”. From my years in the 1M65 movement, as a financial mentor to many fellow Singaporeans, I have noticed that the lack of knowledge or poor understanding about CPF is a widespread phenomenon and has caused many Singaporeans to miss out on a good and financially secure retirement.

In this article, I will describe the main causes of CPF illiteracy and provide some suggestions on how we could overcome it.

CPF Policies Are Complex To Comprehend

The monies in CPF form a very significant portion of the wealth and retirement savings for many Singaporeans. Yet, the CPF policies are complex and hard to understand. In my 1M65 journey, I have encountered few Singaporeans who are very familiar with the CPF schemes. Even as a big CPF fan myself, it took me years to understand many of the CPF schemes. It is certainly worrisome that few Singaporeans are familiar and able to appreciate the CPF policies that have such a large impact on their lives.

To make matters worse, these policies were poorly communicated for decades. Most Singaporeans only have a vague idea as to what exactly happens to their CPF savings at 55 years old. Many also are not conversant with the various CPF accounts – what their prevailing interest rates are, at various tiers and ages. Even fewer CPF members are familiar with CPF Life. While these policies are designed to benefit CPF members, many of us do not understand the schemes well, resulting in poor public appreciation. The scheme complexities are worsened by a long list of acronyms that are difficult to remember, such BHS, ERS, FRS and PEA1.

There is also a general ignorance about how the government is able to sustain its returns on the CPF accounts, which yield higher interest rates compared to ordinary savings accounts from the banks. Due to this lack of understanding, it is not uncommon for some Singaporeans to believe in rumours of CPF being a giant Ponzi scheme, or that our Medisave monies will be taken away by the government when we die.

Fortunately, in recent years, the CPF Board has stepped up its marketing and communication efforts to help Singaporeans understand the intricacies of the various CPF policies. However, this remains an uphill task as many of the policies are simply too complicated for layman comprehension.

Many Singaporeans have voiced to me their objections towards the 1M65/4M65 strategy: there are policy risks involved. Their argument is that CPF policies are changed frequently. They also have the opinion that the government could lower the CPF interest rates at will or increase the retirement age at which your CPF can be withdrawn.

The perception of a high policy risk is worsened by the impression that CPF Board regularly shifts its “goal post” as seen from the ever-increasing Full Retirement Sum (FRS) and payout eligibility age (PEA), which make the withdrawal of CPF funds more difficult.

This “goal post” started shifting when the CPF Minimum Sum, later rebranded as the Full Retirement Sum (FRS), was implemented in 1987. It restricts Singaporeans from withdrawing all their CPF savings when they reach 55 years old. Instead, only partial withdrawals are allowed at 60 years old from their CPF savings every month. This mistrust worsened when the “lockup amount” was increased from S$30,000 in 1987 to S$181,000 in 2020. The Payout Eligibility Age (PEA) or the age that you can start to withdraw your FRS partially, has also been increasing from 60 years old in 1987 to 65 years old in 2018. This has drawn the ire of an increasing number of Singaporeans as they could not access much of their CPF savings at 55 years old and even at 65 years old.

With such restrictions on withdrawal, it is no wonder that many Singaporeans regard property, stocks and even some CPF-linked insurance plans to be superior to the vanilla CPF accounts interest rates (e.g. 2.5% in Ordinary Account (OA), 4% in Special Account (SA) and MediSave Account (MA)) as a means to generate higher and more accessible retirement returns.

That said, I think our government is unlikely to implement policies that could hurt its citizens financially in the long run. I believe that the mistrust and poor understanding of the CPF could have been minimised, if the policies been designed for easy understanding.  However, given the long legacy behind the various CPF schemes, it is probably too late and too difficult to change. The only way we could minimise the impact of CPF illiteracy is to educate fellow Singaporeans to better understand the policies and choose the right strategy to maximise their CPF in the long run.

Among many Singaporeans, the combined impact of the poor understanding of the complex CPF system and the perceived policy risk of the CPF has resulted in a deep-seated mistrust towards the government and the CPF Board.  Much of the criticism and skepticism of the 1M65/4M65 investment strategy can be largely attributed to this mistrust.

This is a pity as the mistrust is causing many Singaporeans to forgo harnessing the merits of the CPF to achieve a better retirement. For example, Singaporeans could easily earn more for their retirement, if they build up their CPF Special Account savings early. Similarly, at the age of 55, they should not be in a rush to withdraw their CPF as the interest rates are much higher in their CPF compared to bank savings accounts.

Impact of CPF Illiteracy Is Worsened By Poor Financial Literacy

Given that Singapore has one of the most highly educated populations in the world, it is surprising to see a lack of financial literacy among many Singaporeans. Our education system places a huge emphasis on the sciences, mathematics and humanities but fails to educate our youths well about simple personal financial concepts. Most Singaporeans have a poor understanding about investing for the long term, risk management, personal insurance, trade-offs between risk and return, asset allocation and diversification; all of which are invaluable financial concepts that help us to do well financially.

Instead, Singaporeans are largely only comfortable with real estate investment, Singapore based equities and fixed deposits. This gap in financial knowledge cuts across all levels of our society, even among those who are highly educated. The lack of financial literacy also causes many Singaporeans to be vulnerable to get-rich-quick schemes (and scams) and make poor investing decisions.

CPF illiteracy, coupled with poor financial literacy, has a very negative impact on Singaporeans’ long-term financial well-being. The issues that I have described above are deep-seated in our society and hard to change. One way to alleviate this problem is to incorporate just a few good lessons on personal finance and merits of our CPF policies in schools for our children.

I urge everyone in the financial community in Singapore to educate our fellow Singaporeans to better understand our CPF policies. This would help Singaporeans make wiser financial decisions so that we can all enjoy a better life financially.

Loo Cheng Chuan, is the Founder of the 1M65 Movement. He developed the 1M65 ($1 Million By 65 Years Old) and 4M65 CPF investment strategy that is helping many Singaporean couples to become millionaires at retirement. He was one of the few non-civil servants to be awarded the Public Sector Transformation award in 2018 for his 1M65 efforts. He runs a 1M65 Telegram Chat Group where he regularly coaches passionate 1M65 enthusiasts on good personal finance virtues.

Watch our interview with Loo Cheng Chuan on 1M65 below

Pros And Cons of Using CPF Or Cash To Pay For Your Home Loan
What Happens To Your CPF Monies After Transferring It To Your Retirement Account (RA) At Age 55?