In the NFTs and bitcoin world that we live in, sneakers can also be considered by some investors as an asset class that can generate profits. 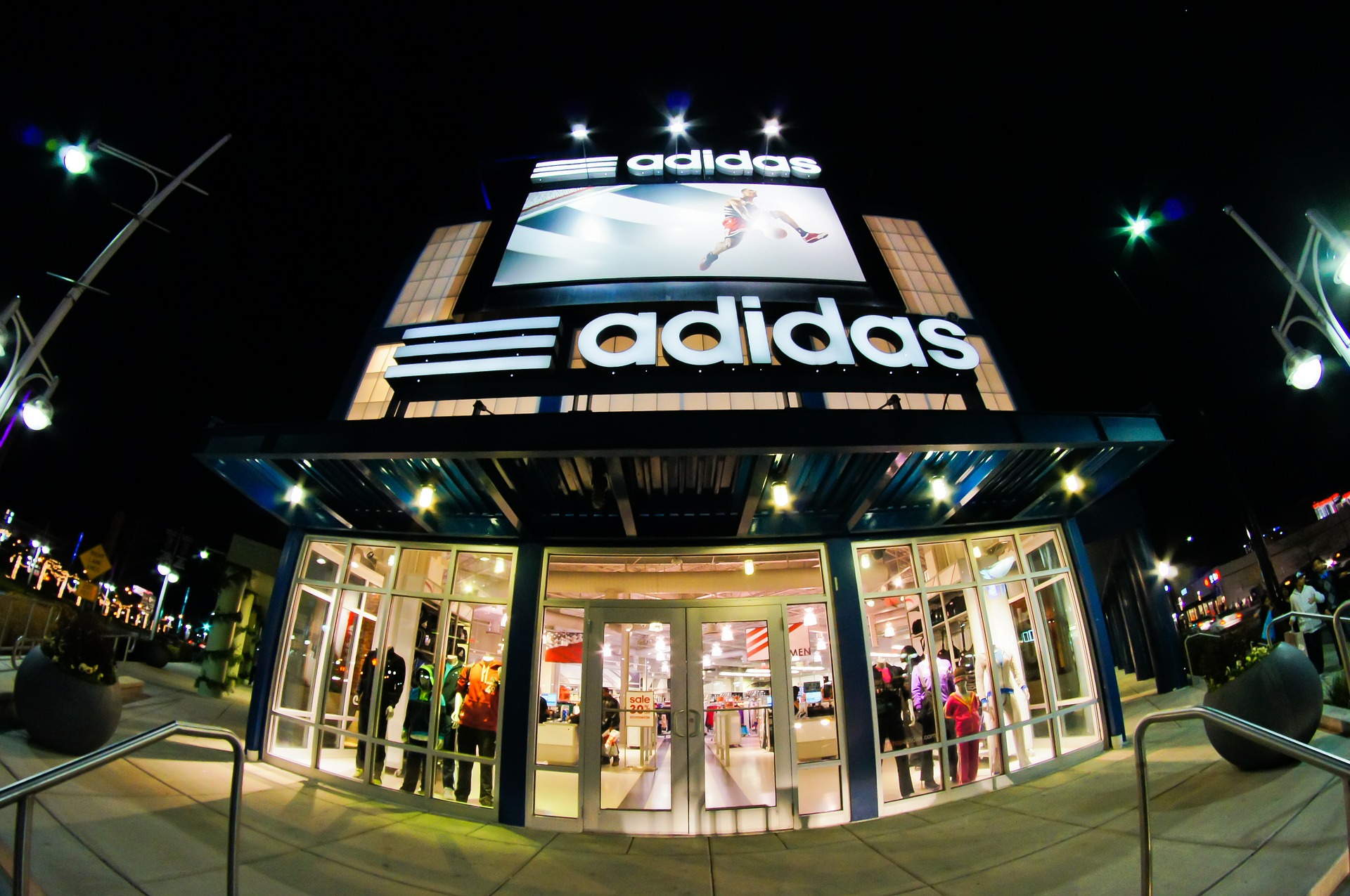 The rise of the Pop Art movement spearheaded by the likes of Andy Warhol in the 1950s led to things as common as soup cans and celebrity portraits printed with ink and silkscreen becoming art worth millions. With hindsight (20/20), it was only natural that this progression took place as everyday things could be art and become accessible to everyone.

Sneaker culture, by extension, also evolved with pop culture (with basketball and hip hop thrown into the mix) from the 1970s and 80s where young men and women started to identify themselves with their favorite hip hop or basketball stars through apparel.

Read Also: 4 Factors You Should Consider Before You Invest In A Rolex Watch

Today, the likes of Kanye West and Pharrell have partnered with shoe giants like Adidas to release exclusive sneaker collections in limited quantities. It is no wonder that people have started to see sneakers as not merely apparel but also collectible art and, in some ways, an emerging asset class.

If you are looking to buy sneakers in order to sell them at a later date when they appreciate in value, Adidas has some affordable sneakers that won’t break your bank and have considerable price appreciation. Contrasted against Nike sneakers that have traditionally been given more mainstream attention, you might find it easier to find good bargains for Adidas sneakers if you know what you are looking for. Comparing across retail price and resale value, here are some of the Adidas sneakers that have appreciated over the years, earning them the reputation of being prized collectibles. 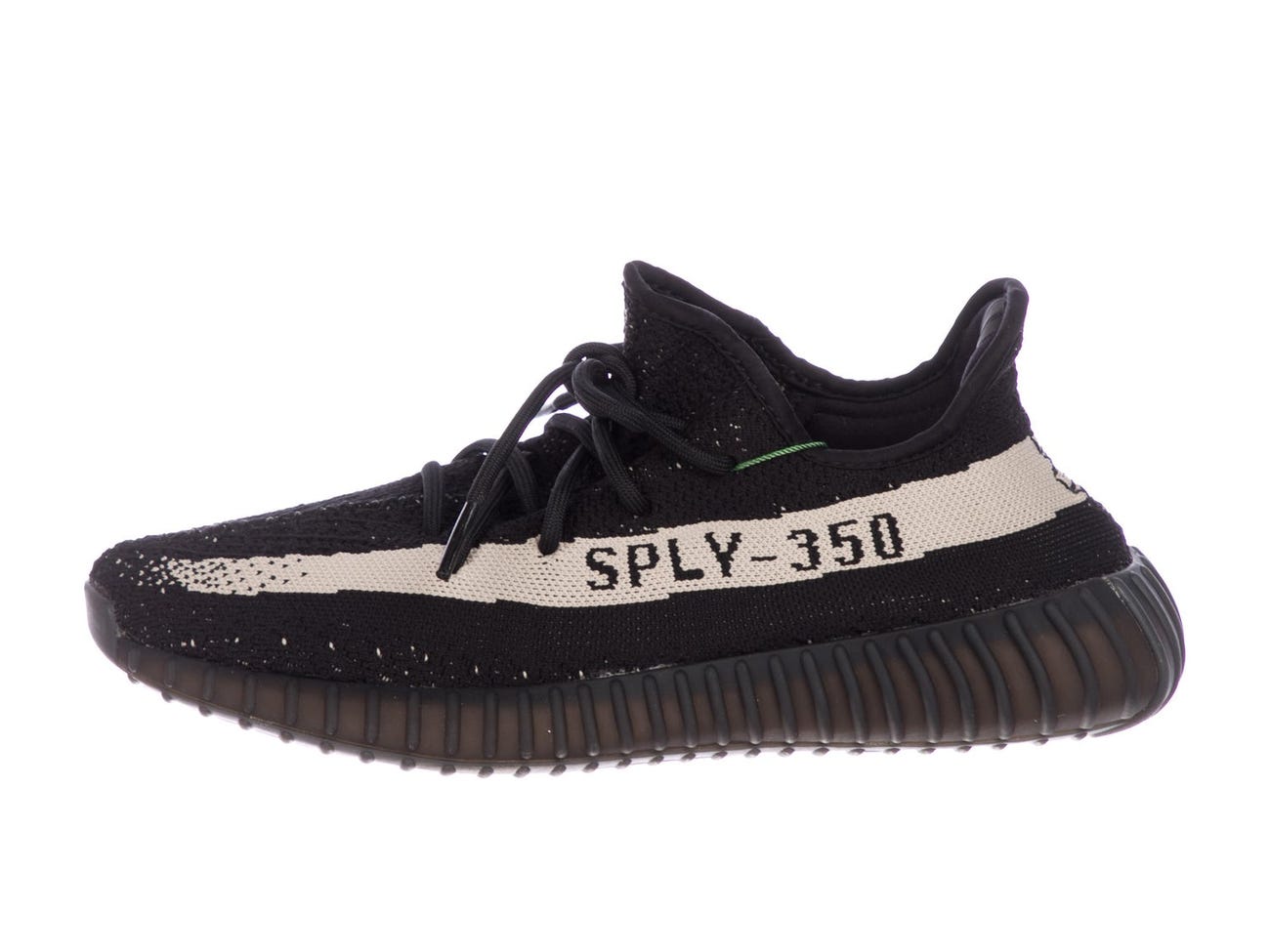 This pair of sneakers needs no introduction, causing its fair share of controversy when they were first launched. Shoes from Kanye West’s Yeezy collection with Adidas are generally valuable on the resale market. With the limited quantities of shoes being produced alongside the sneaker being seen as a status symbol for the younger generation, it is no wonder that there is considerable price appreciation for these shoes.

Read Also: Why Are Adidas YEEZY Sneakers So Expensive and Popular (That Some Risk Breaking The Law To Buy Them) 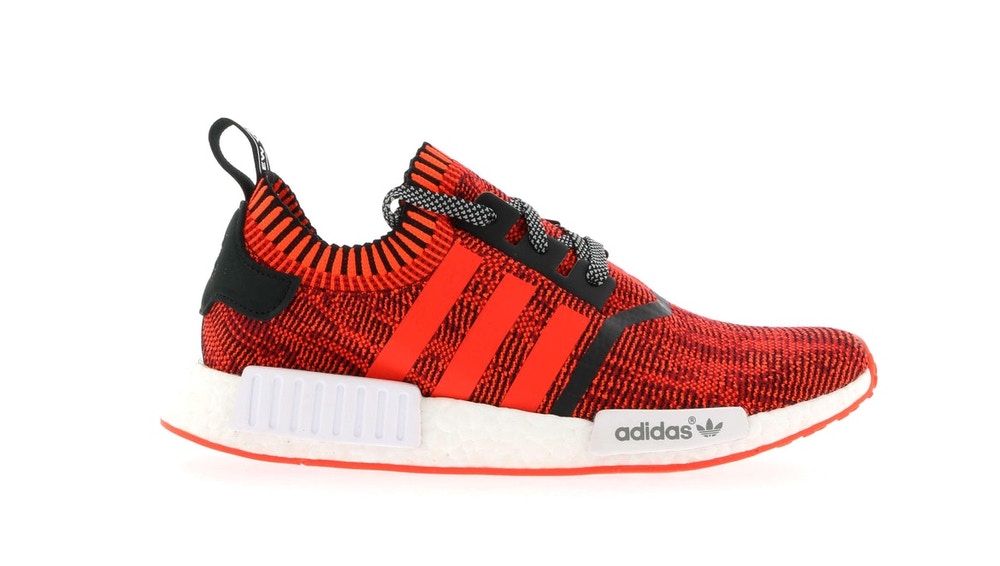 The Adidas NMD series are also a set of iconic sneakers that have gained mainstream popularity as collectibles. With this particular set of sneakers, however, its release was highly anticipated as Adidas celebrated the opening of its flagship store on New York City’s Spring Street. The flashy red of this set of sneakers is almost as iconic as its name, which is coined after the Big Apple. 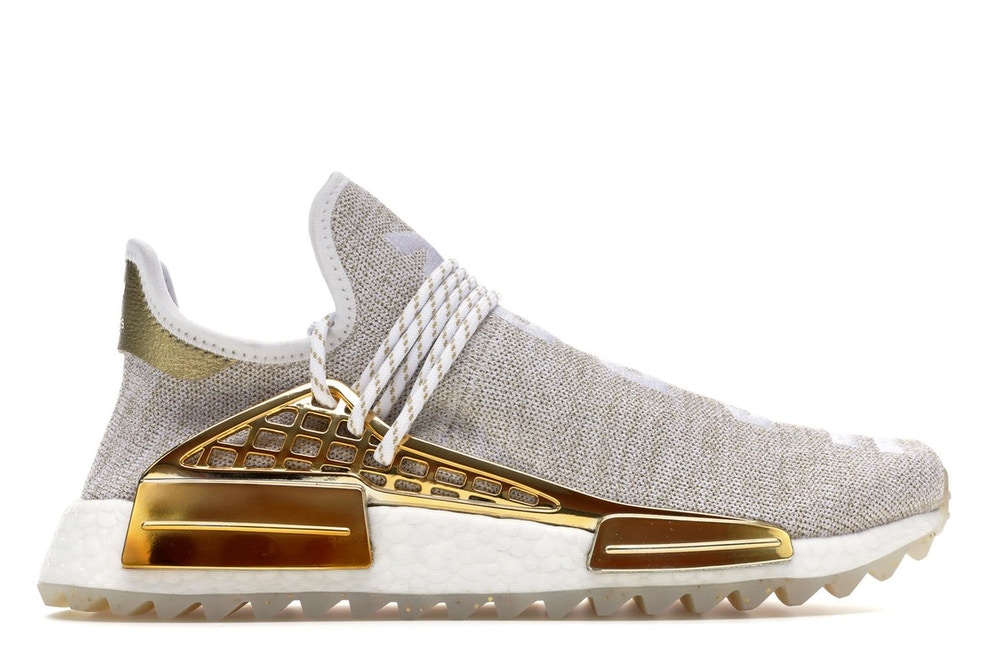 When Adidas collaborated with singer Pharrell to produce a limited edition set of sneakers that were aimed at the Chinese market, the “China Exclusive” NMD Hu pack certainly caught the eye of collectors whose mouths watered at the gold-tinged “Happy” colorway set.

Pegged as a friends and family exclusive and limited to just 300 pairs, the makeup features a subtle gold Primeknit upper that’s accentuated by metallic components on the midsole inserts and lace cage. Its white Boost midsole is finished off with a translucent gold-glittered sole, while two-tone laces complete the look.

Not surprisingly, the value of these sneakers have only grown over the years, and one of the few Adidas kicks to have a price appreciation of over 10X! 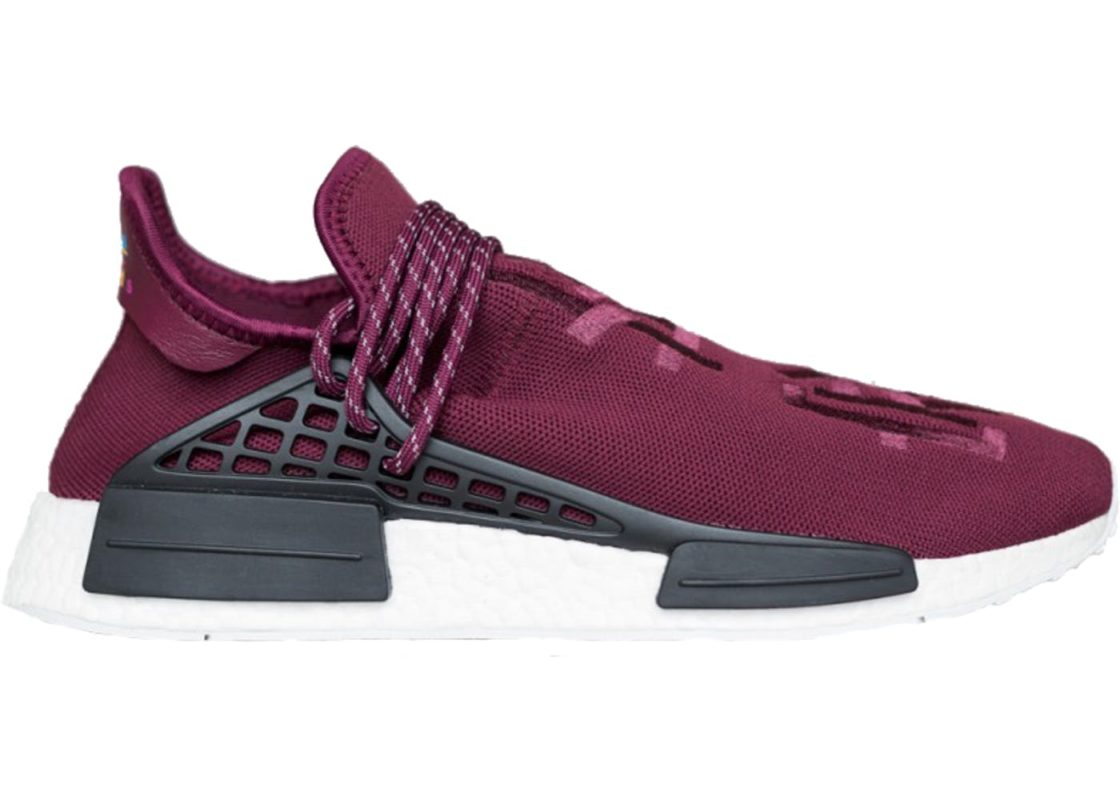 Although the price of “Friends and Family” NMD has fallen in recent times, it is still selling on the resale market at 14X its original retail price. It has the characters of ‘family’ (家族) and ‘friends’ (友人) embossed on the upper parts of the shoe and is dyed in a unique burgundy shade which is rare for a sports shoe. Clean and edgy, it was the rage a few years ago but the demand has since died down a little.

As such, it can be seen that although sneakers can be valuable commodities, resale prices may fluctuate widely based on demand. 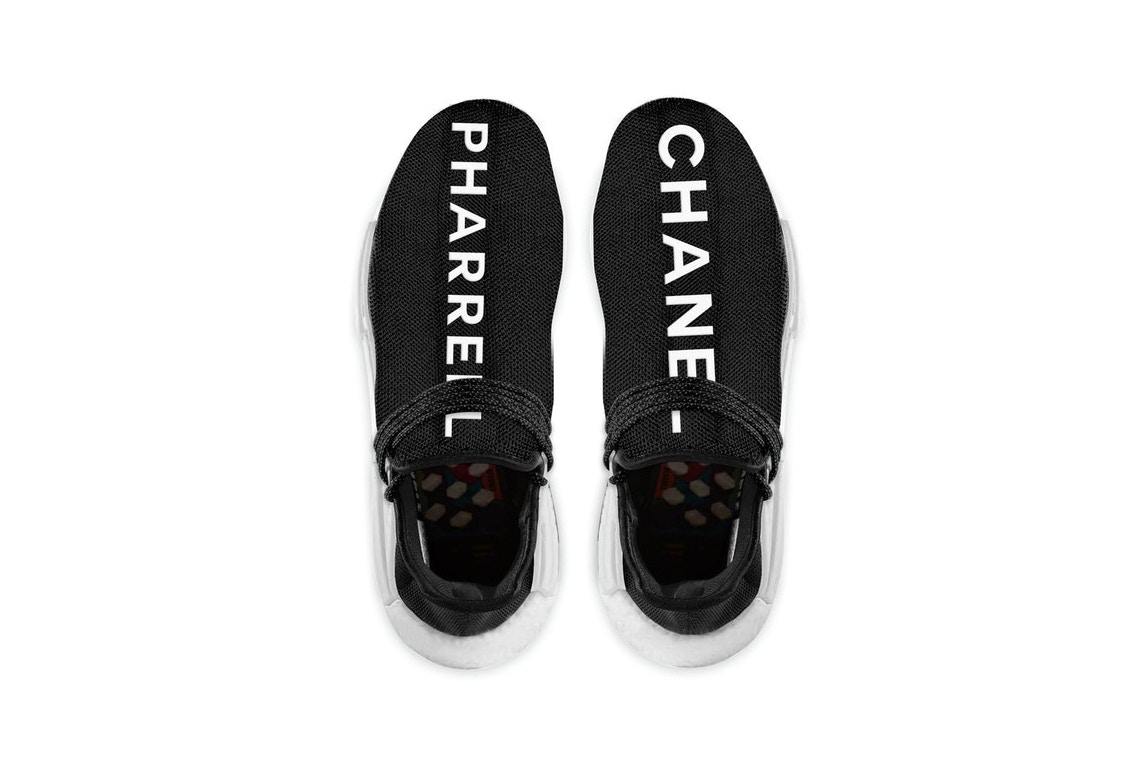 The Chanel iteration of the popular NMD series set an all-time high for Adidas in terms of its retail price and resale value. Initially auctioned off at US$1160 per pair, it was later sold for 10X its original price, before falling to 5X at current resale prices.

The shoe features a simple black and white colorway with Chanel and Pharrell typography on the upper and Chanel heel branding. The treaded outsole gives the shoe a rugged outdoor look, but it would be wise to keep this shoe off the trails.

In a bear market, you would not expect luxury goods to be at the top of most people’s minds. Thus, it would not be a stretch to assume that prices have fallen due to tepid demand for these limited-edition sneakers. However, if you are able to find any of these pairs near their original retail prices (which would be rare), it could prove to be a good buying opportunity. As more Millennials and Gen Z decide to join the sneaker craze, prices may eventually kick up again leading to ever-higher prices. Take Supreme for an example of ‘hype’ culture, and it’s a matter of looking at where the ‘hype’ is going next.

If you are interested in the world of sneakers, whether to buy a comfortable pair of trainers or try your hands at flipping an affordable pair of kicks, Adidas is a good place to start, with enough brand presence to command international demand and savvy collaborations with well-known celebrities that raise resale prices through the roof.

Read Also: How Much Can You Make Selling Pokemon Cards And Other Trading Cards?