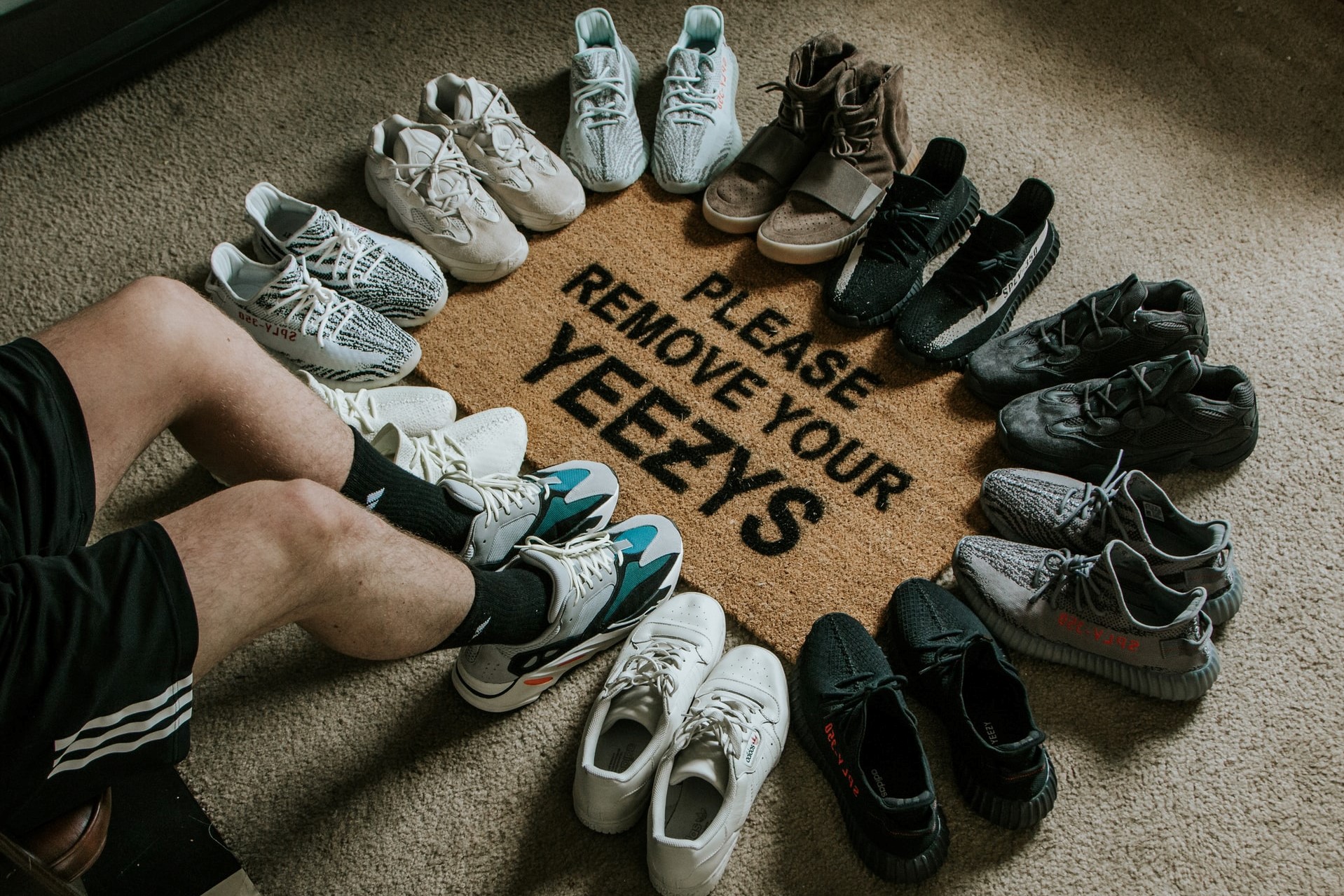 Raved as one of the trendiest and exclusive sneaker series, the Adidas YEEZY sneakers have been a huge target for sneaker collectors. Developed by famous rapper and designer Kanye West in collaboration with Adidas, Adidas YEEZYs are known to carry a hefty price tag and their unique sense of style.

Recently, these sneakers have caused public concern as large crowds were seen ignoring safe distancing and crowd control measures while gathering outside the Orchard Gateway outlet for the newly released Adidas YEEZY Boost 350 V2 sneakers which sell for $349 from official retailers

By law, anyone found flouting the COVID-19 regulations can face a fine of up to $10,000, and/ or imprisonment of up to six months.  With all these potential penalties, what is it about these sneakers that people are willing to take the risk and break the law while paying a hefty sum, just to get this trendy footwear?

One reason for the hype is the scarcity of Adidas YEEZYs. Adidas is known to make a limited number of YEEZYs for every new launch. According to estimates from market sources, there were only a total of 35,605 YEEZYs sold on the official site worldwide when the YEEZY Boost 350 V2 was launched in the “Clay” colour scheme.

Not only is the production of Adidas YEEZYs limited, but their distribution is also limited. If you wish to purchase the YEEZYs directly from Adidas, you will have to participate in a ballot system via the Adidas website to buy the shoes at the official retail price. However, with many small-medium third-party resellers and individuals using shopping bots and/ or multiple accounts to snatch up the highly desired models at official retail prices, you need to be very lucky to successfully ballot for one.

If you missed the chance to purchase the shoes through the ballot system, the only chance is to try your luck at the retail stores. According to an official statement from Limited Edt, one of few YEEZY retailers in Singapore, the store only receives approximately 30 pairs per launch event, which further hampers the chances of getting a pair of YEEZYs on top of low production numbers.

#2 Status Symbol For The Younger Generation

Due to changing fashion norms and association with sneaker culture, Millennials and Gen Z prefer branded sneakers as an accessory of choice, replacing luxury timepieces and designer handbags.

Millennials and Gen Zs are commonly associated with their casual and relaxed dress codes compared to past generations. According to a Business Insider article, sneakers are more “prestigious” partially because people want to be more comfortable which explains the high adoption of sneakers which promises better comfort and now, better style. The shift of focus from athletes (e.g. Michael Jordan) to celebrities (e.g. Kanye West) has also driven the demand for sneakers. Owning sneakers not just about the athleticism but also a fashion statement and this broadens the demand for sneakers to a wider market.

This change in consumer demand coupled with the sense of scarcity and exclusivity has driven branded sneakers such as the Adidas YEEZY to new heights. Retailing for $349 officially, the YEEZY Boost 350 V2 (the most popular Adidas YEEZY) is already considered an expensive shoe in the sneaker market. However, the price could easily go up to S$2,000 in the resale market depending on the design and colour scheme you opt for.

Read Also: 5 Things To Consider Before Investing In A Hermes Handbag

Called out as “an emerging alternative asset class” by investment bank Cowen & Co, the global sneaker resale market was valued at US$2 billion (S$2.7 billion) in 2019 and is projected to triple to US$6 billion by 2025. Simply flipping these shoes in the resale market can yield profits from twice the retail price, all the way to a jaw-dropping six times of the original retail price, which gives rise to the average Joe queueing up for sneakers despite not being a sneaker enthusiast.

Using the YEEZY Boost 350 in “Turtle Dove” as an example, the retail cost of each pair costs S$349 at release. On Carousell, a local hotspot for sneaker reselling, the average asking price for a pair costs S$1,700 to S$2,000, more than quadruple the original price of the shoe. It is also a common practice to resell the shoes to overseas markets through platforms such as eBay. On the said platform, the lowest asking price starts from S$2400 (converted from US$), which is even higher than the local asking price in the resale market.

Recently, CNA Insider featured a 16-year-old student Remus Lim who earned a profit of S$30,000 a month by reselling branded shoes to local and overseas markets such as the United States and Europe. The most expensive pair of sneakers he resold was a pair of Air Dior at an eye-watering S$8,000, originally purchased for S$3,300. While this is not an Adidas YEEZY sneaker by any means, it is an indicator of the high resale value and potential profits that collectible sneakers are capable of fetching.

Read Also:  4 Factors You Should Consider Before You Invest In A Rolex Watch

With these limited quantities, street cred appeal and high potential resale value for the Adidas YEEZYs, it is unsurprising that sneakerheads and enterprising resellers would brave the long queues (and risk flouting the COVID-19 restrictions) to get their hands on a pair of these trendiest sneakers.

SingapoRediscovers Vouchers: 9 Klook Deals In December To Spend Quality Time With Your Family
The 4Cs For Buying Diamonds: What You Need To Know Before Buying An Engagement Ring