We’ve been here before – and been better for it. 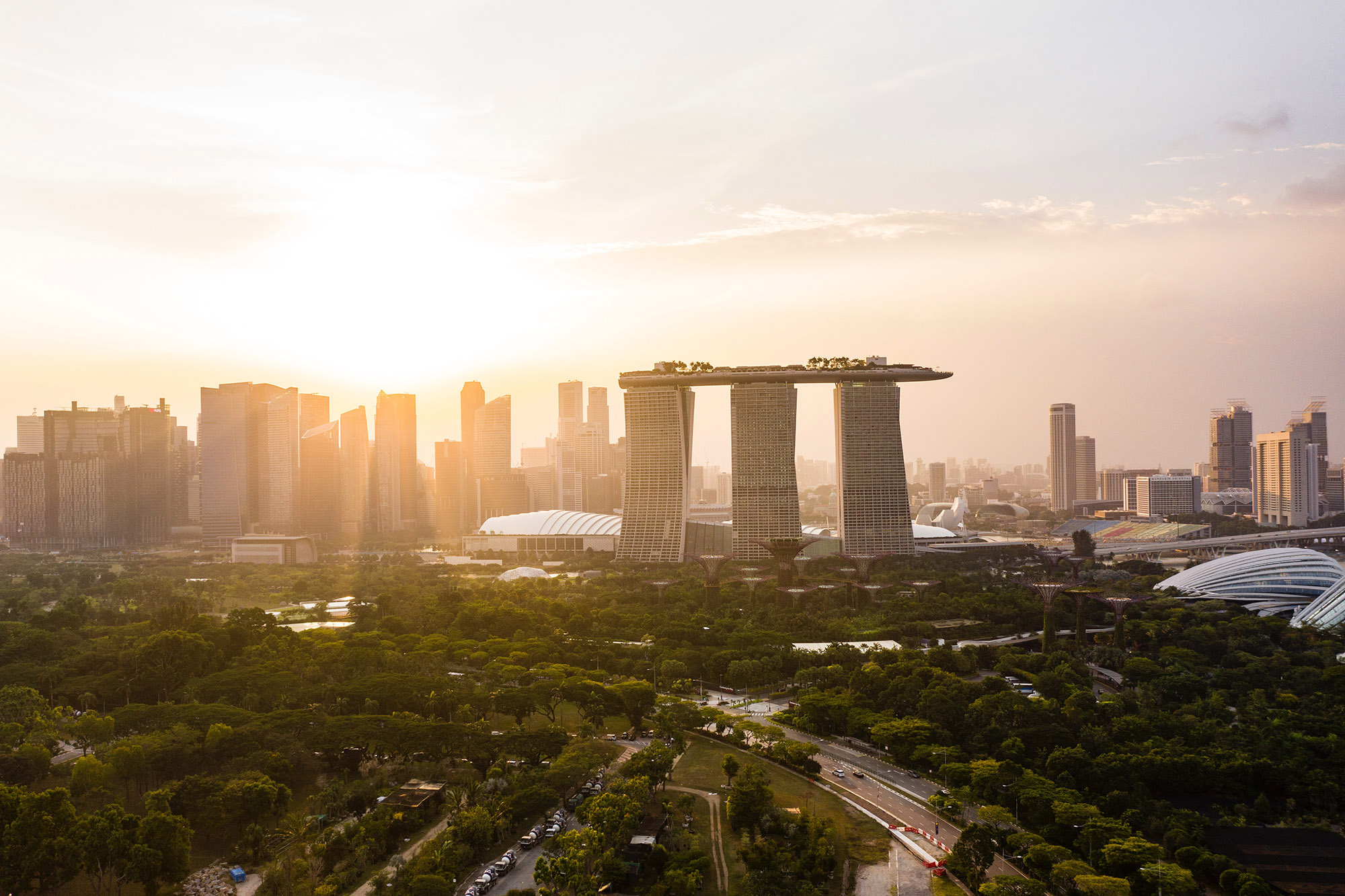 The current public health emergency and economic crisis as a result of COVID-19 has been described by Singapore’s leaders as an existential crisis of a generation, the likes of which has not been encountered in Singapore’s 55 years as an independent city-state.

This is undoubtedly a trying time – with the worse probably yet to come. But if we take history as our guide, and compared it with our present-day situation and response, it might give you a great degree of reassurance as you don our masks, sanitise our hands, and get right back to working through this crisis – together.

How Singapore Rebounded From 3 Past Financial Crises, Each More Severe Than The Last

We will broadly discuss the economic conditions Singapore faced in each of these crises – and what was done in response. For a more detailed dive at the specific measures undertaken, you can refer to this excellent case study by the Lee Kuan Yew School of Public Policy.

The Recession of 1985 was Singapore’s first post-independence recession. Prior to that, Singapore was enjoying steady GDP growth of 8.5% per year, driven in large part by a boom in the construction industry. The recession came quickly, when this boom came to an abrupt stop and with other sectors facing stiff competition from other countries. Singapore was hit with a wave of companies going bankrupt and retrenching workers.

Immediately, Singapore implemented measures to lower labour costs in Singapore in order to keep workers employed and companies afloat, including reducing employers’ CPF contribution rates, lowering corporate and personal income taxes (totalling $1.2 billion), as well as capping public sector wages as an example. An economic review committee was also convened to identify areas for future growth, while tax reliefs and investment incentives were introduced to stimulate investments in the country.

Read Also: Pros And Cons Of Allowing Singaporeans To Make Emergency CPF Withdrawals To Tide Through This COVID-19 Crisis

The 1997 Asian Financial Crisis was precipitated by a series of currency crashes in Asia, leading to an erosion of investor confidence and economic activity in the region, together with a fall in value of Singapore’s currency and stock market, despite Singapore having a fundamentally sound economy.

During this crisis, current Prime Minister Lee Hsien Loong was then Chairman of Monetary Authority of Singapore (MAS) and Deputy Prime Minister. Similar to the 1985 playbook, CPF contribution rates for workers aged 55 and below were cut, and $10.5 billion cost-reduction package for businesses was introduced.

However, the wide-ranging challenges, necessitated an expanded range of measures. These included more funds being dedicated to speeding up development projects to boost economic activity, as well as subsidies for retraining workers and development of local SMEs.

By early 1999, Singapore’s GDP growth turned positive, before ending the year with an overall GDP growth of 6.1%.

Finally, we come to the 2008 Global Financial Crisis, which started as a result of the sub-prime mortgage crisis in the United States, leading to a collapse of major financial institutions and severe knock-on effects around the world, including Singapore.

Singapore committed at least $23.4 billion in a wide range of measures that might be familiar to us today, such as schemes to stimulate bank lending and enhance cashflow for companies, supporting Singapore families (especially those who are more vulnerable), workers upgrading initiatives and infrastructure investments. Incidentally, current Deputy Prime Minister and Finance Minister Heng Swee Keat was the Managing Director of MAS during that crisis.

Singapore recovered quickly from this crisis, with a rebound in late-2009, and a whopping 15% GDP growth in 2010.

As we can see, in all three previous financial crises, Singapore dealt with the impact of local, regional, and global events with speed, conviction, and a fusion of tried-and-true schemes as well as new ideas to solve the challenges of the day. Another thread we can observe is how the quantum of the relief measures have grown in size over the years, reflecting the growing size of Singapore’s economy as well as the strength of the country’s reserves.

By all accounts, COVID-19 in 2020 will be Singapore’s biggest test yet – but this can also be said of the three prior crises during earlier periods. At the same time, Singapore has mounted the most comprehensive response ever to deal with the COVID-19 situation, which we have previously documented in detail.

These include relief measures currently amounting to $100 billion (delivered over 4 successive Budget Statements), a bold plan to create 100,000 jobs, traineeships, and training places by the year’s end, as well as longer-term initiatives to position Singapore to seize opportunities in a world that is likely to be permanently changed by COVID-19.

It would not be an overstatement to say that no effort and resource was spared by the government in response to the financial impact of COVID-19.

Despite the challenging job market and slow economy, Singapore’s stock market has shown considerable resilience. This is a testament to investors’ continued conviction in the Singapore market, robust balance sheets to support buyback mandates, and the diversity of companies listed on SGX. For the latter, while companies with businesses in the aviation, construction, and hospitality sectors might have taken a beating, these were offset by growth areas in healthcare, consumer staples and FinTech.

In a further vote of confidence, SGX welcomed new Initial Public Offerings in the middle of the COVID-19 pandemic, including a new REIT and the first SGX stock to list under a dual-class structure.

SGX continues to be vigilant in managing risks amid COVID-19, exemplified by its warning to issuers against using hypothetical metrics like Ebidac (earnings before interest, taxes, depreciation, amortisation and coronavirus), which can give investors a potentially misleading picture of financial performance.

The Singapore bourse itself showed a good example of expanding into new businesses. In an earnings call with media and analysts, SGX shared that well before the expiry of its non-Singapore MSCI product licenses in February 2021, SGX will build a new and improved suite of derivatives. This comes after the boost in product offerings from the acquisition of Scientific Beta and BidFX.

As Singapore’s central bank and financial regulator, the Monetary Authority of Singapore (MAS) has kept a close eye on the banking and finance sector, while keeping exchange rates stable, inflation low, and providing credit facilities for banks while underwriting a large part of lending risks. Early on, it also rolled out support packages to ease cashflow and debt repayment concerns for individuals.

To position the financial sector to emerge stronger, MAS continues to make plans and preparations for the future. These include working on ongoing blockchain proof-of-concept projects, proceeding with assessment of digital bank applicants, raising standards of family offices in Singapore, and ongoing efforts to combat money laundering and financial crime.

Read Also: 5 Things You Should Know About The Monetary Authority Of Singapore (MAS) Annual Report 2019/2020

We should note that with Singapore’s economy being much larger than in preceding years, and it would be impossible for the state to single-handedly drive economic recovery, even with its extensive policy-making powers and considerable financial resources.

Recovery and rebound from COVID-19 would require participation, investments and even short-term sacrifices from companies of all stripes – small but numerous SMEs, publicly-listed companies (ListCos), government-linked firms, and multi-national companies with a Singapore presence.

Towards this end, companies have already responded to the relief measures with great enthusiasm, such as contributing to the 35,000 SGUnited traineeship positions created, and taking on $7.1 billion in government-assisted loans.

Associations like the Singapore National Employers’ Federation and Singapore Business Federation have been actively representing the concerns and constraints of companies to policymakers and stakeholders, which helps highlight and plug inevitable gaps in rapidly-introduced support measures.

On the part of the Labour Movement, NTUC and its constituent unions have been pro-active amid the fast-changing developments. In the early days of the crisis, NTUC rapidly set up the NTUC Care Fund to help workers affected by the COVID-19 crisis as well as providing additional allowance payouts to self-employed persons who attend government-approved training programmes.

As the reality of retrenchments started to loom, NTUC put together a Fair Retrenchment Framework together with their tripartite partners with the aim of safeguarding Singapore workers, and has shown itself to be willing to intervene when the interests of employees have been breached unfairly.

These wide-ranging responses to the COVID-19 crisis underscore the key strength of Singapore and only resource: her people. More than any support package or fiscal policy, it is the resilience of the people that determine whether a country makes it out of a crisis stronger – and how long it takes to do so.

Individuals in Singapore have shown a willingness to embrace opportunities that come their way, such as the 10,000 people who took up jobs from Workforce Singapore’s career matching services, or struggling SMEs who pivoted to offer products and services digitally to cater to new and existing customers in the new normal.

Singapore has historically rebounded time and time again whenever it was all hands on deck during a crisis. To meet today’s existential struggle, we have seen how Singaporeans have already pulled out all the stops and demonstrated their resolve to go the distance together, and emerge stronger.

The journey might be tough, but Singapore Together is tougher.

A Closer Look At Statistics In MOM’s Advance Release Of 2Q2020 Labour Market Report
How Much Does The National Day Parade Cost The Singapore Taxpayer?