Peek Into The Staggering Amount Of Money Behind Mayweather VS. Pacquiao 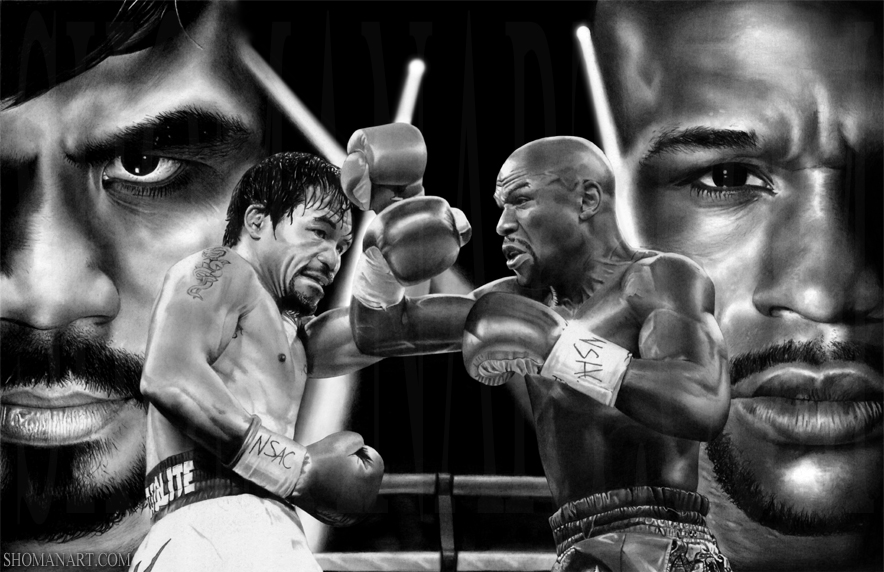 DollarsandSense.sg look at how the revenue from the biggest fight in boxing history was created and will be split between the two boxers.

This was the biggest fight in history, from a revenue point of view. It will be the largest in terms of the amount of money that will be made from the various parties involved, specifically the two boxers, Floyd Mayweather & Manny Pacquiao.

A look through on the writer’s personal Facebook feed reveals many boxing friends. Having followed the sport from time-to-time, starting out with The Contender back in back in 2005 (anyone out there a fan of Alfonzo Gomez?), the writer definitely doesn’t claim to be a boxing expert. Neither is DollarsAndSense.sg a sports website.

But we know enough about the sport to know when Floyd Mayweather was clearly the superior boxer on the day, even as some on social media are comparing him to Chelsea, the football club. That is fair enough, since both of them are champions in their respective areas.

Floyd Mayweather, the boxer
Anyone who has seen Floyd Mayweather in some of his other classic bouts including his fight with Oscar De La Hoya and Ricky Hatton will know instantly how Mayweather fights. He is defensive and strategic, playing to his natural talent, sticking to his game plan and when required, to adapt to the varying fighters that he is up against.

Many first time boxing fans are wrong in their assessment of Mayweather fighting style against Pacquaio. Mayweather does not “hug” or “run away” from Pacquaio because he is “scared”. It is just something that he does because it makes sense for him. It keeps Pacquaio moving, off-balanced and more importantly, does not allow himself to be caught unnecessary in a static position by Pacquiao quick punches.

Against bigger fighters in the past like De La Hoya, Mayweather played with movement, using his speed to his advantage. Against Pacquiao, it was about using his longer reach to his favor, staying defensive, and being efficient in giving out his punches.

Floyd Mayweather, the businessman
Outside the ring, Mayweather is as clever as strategizing on how to maximize revenue from his fights. Contrary to what some may think, simply being a good boxer is far from being the same as being able to market yourself as a fighter that can make money.

The main difference between Floyd Mayweather and other boxers is the fact the Mayweather is not only just a fighter that promoters use to stage boxing events, but a promoter himself. He creates fights on his own. What that means is that Mayweather isn’t just paid an upfront fee to take own a fight with perhaps a bonus to win, but that he also gets a cut on other revenue arising from Pay-Per-View and ticket sales.

Revenue For The Mayweather Pacquiao Fight
The Mayweather and Pacquiao fight is expected to generate an astonishing revenue of about USD$400 million. That’s an incredible amount of GDP being generated out by of just two people fighting in a ring, which is also the main reason why the two of them will be bringing home the bulk of the revenue.

Pay-Per-View (PPV)
At USD$100 per sales, revenue from PPV is expected to be easily about $300 million in total. This is based on the fact that the broadcaster expects the fight to easily exceed the previous records, which not surprisingly, was also set by Mayweather. His fight against Oscar De La Hoya brought in 2.4 million buys (2007) and his fight Saul Alvarez brought in 2.2 million (2013).

It was reported that some PPV servers in the US crashed before the fight due to overloading, thus forcing organizers to delay the start of the bout. Quite similar to what happened in 2012, when Sergio Sergio Aguero winning goal crashed the not-so-reliable MioTV.

Read More: The Economics Of Why The EPL Cost So Much In Singapore.

Ticket Sales
The cheapest ticket being sold for the fight is at $1500, with ringside tickets going at $10,000 a piece. Live ticket sales for the fight is expected to bring in about $72 million.

Tickets to the fight were in such a huge demand that fewer than 1000 tickets were released for sale to the public and sold out within seconds.

Live ticket sales for the fight is expected to bring in about $72 million.

Other Revenue Streams
There are other revenue streams such as sales to international broadcasters, sponsorship, distribution to local pubs that will bring in varying amount of money. In total, the fight is expected to be able to generate about USD$400 million in total.

How Much Money Was Each Boxer Expected To Get?
The figures being floated around are almost unbelievable.
Mayweather is expected to bring in around USD$200 million.
Manny Pacquiao is expected to earn USD$130 million.

The arrangement was that both camps would split the pot at 60:40, with Mayweather taking 60%.

Pacquiao camp also negotiated a great deal for the fighter. It was reported previously that Mayweather offered a flat $40 million to Pacquiao in 2012 to fight him. An insane amount for any boxer. In comparison, top contender Saul Alverez was paid $12 million in 2013 for his fight against Mayweather.

This was an offer rejected by Pacquiao, and in hindsight, a smart move in light of how much he stands to make now, even after losing his fight.

Possible ways SMRT could fund its S$34.5million investment in OMGTel
How Co-operatives Can Be A Viable Alternative To Commercial Banks