The economics behind why EPL costs you sixty dollars 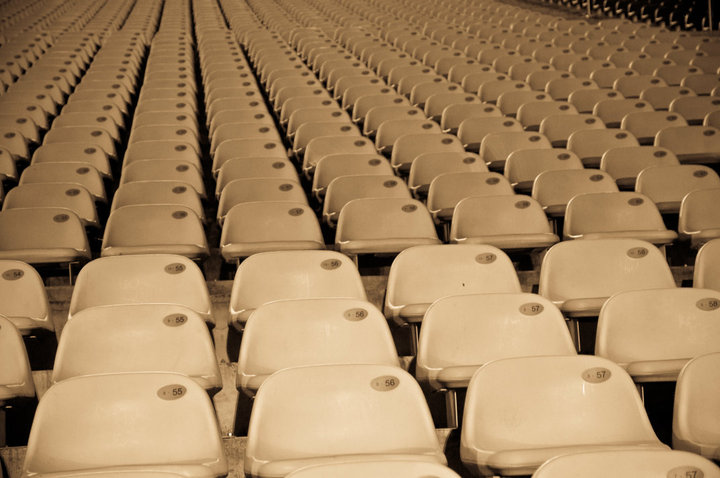 Why watching a game of football in Singapore is getting more and more expensive every year and what football fans can do to make a difference.

The last time I watched an EPL game at home was when Sergio Aguero scored the winning goal to clinch the Premier League title for Manchester City in 2012. It was also the day I decided not to renew my subscription for mio TV anymore. I am sure we all remember how our state-of-the-art Mio TV setup box hung as we were all attempting to switch channels between the two Manchester games. I am not sure what type of technology Mio TV is operated on, but it sure was feeble and unconvincing that the technology couldn’t cope with the large volume of channel surfing. Try telling your friends overseas about it and watch them burst into laughter!

Just this week, SingTel announced that its prices for EPL viewers would increase to $60 to make up for the fact that StarHub subscribers are now allowed to sign up as well.  This is up from the current price of $34, an increase of close to 75%.

In theory, one would think StarHub viewers being able to subscribe to the EPL would be a good source of additional revenue for SingTel. That of course is not how SingTel is seeing it. The argument from the SingTel camp is that they have always been subsidising the cost of the EPL for their own subscribers. Since EPL is now available to both StarHub and SingTel subscribers, it no longer makes any sense to subsidise the EPL from SingTel point of view. Sounds quite fair doesn’t it?

The Flaw of the Argument

The problem with the argument is that SingTel negotiated for broadcasting rights of the EPL knowing very well that “exclusive content” have to be carried on both platforms under a new MDA ruling. Despite that, SingTel still decided to pay an amount that can only be imagined as more than it really should based on actual market value, or what we would call silly money.  Hence the noble intent of “subsidising” the users doesn’t really make sense.

For your information, in their bid to capture your eyeballs in 2010, Singtel paid more than 10% of what the world paid as a whole for EPL broadcast rights. Come on! Singtel reportedly paid close to S$400 million for the rights in 2010 compared to Starhub’s S$250 million winning bid three years before. So you, the consumers, are actually footing the bill, via a higher subscription cost, for Singtel to gain market share. We might be on track to be the world richest country but that doesn’t mean we should be exploited! Wayne Rooney definitely owe us a couple of visits here in Singapore!

First Mover Advantage…. lost! And Not Happy About It

SingTel gained an important “First mover advantage” when it clinched exclusivity to the EPL broadcasting in 2010. Prior to snagging the exclusive EPL rights, SingTel had about 155,000 subscribers. It now has upwards of 400,000 subscribers – a large proportion of whom probably signed up just to watch the EPL.

Under typical business environment, this “1st mover advantage” would have been invaluable in getting viewers to buy in to the mio TV style of watching football. SingTel has enjoyed this 1st mover advantage for the last 3 seasons and you would have thought that would be sufficient for them to stamp their arrival to the setup box market when it comes to watching cable TV.

That unfortunately did not happen and SingTel is now left with the fear that it would lose market share once viewers are able to watch the EPL via their StarHub setup box, which many feel is a far superior and more reliable way of watching tv in general. The dirty strategy of using Steven Gerrard, Juan Mata & David Silva to monopolise the cable TV market in Singapore is no longer allowed. And Singtel is not happy about that it can no longer squeeze our “delicate parts” for profits and market share, and it wants us to pay for its miscalculated business decision and unreliable delivery mechanism.

You have a Choice

As an individual, a household or even a football fan, you have a choice. SingTel is operated as a profit maximising entity, and its management will make business decision to maximise its shareholders value (and their own bonuses).  Based on the price elasticity of demand theory, it is betting that not enough people will cancel their subscription to the EPL and that it would end up with higher revenue to compensate for the loss of its exclusivity. Whether you are a SingTel or StarHub subscriber, or a Manchester United, Manchester City, Chelsea, Liverpool or Arsenal fan, you can make a small difference simply by not subscribing and paying for something that you feel is unfair. If you are willing to pay to watch your EPL, then do not complain when the prices inevitably increases again in the future.  Then again, we all know there are “other means” of catching your favourite hobby, and no, we’re not talking about going to the coffee shop.

Just as I decided 1 year ago that I would not be paying for a setup box that could not handle the volume of channel surfing, you have a choice you can make today. Nobody should be denied his or her football viewing pleasure. But at the same time, no one should be exploited into paying prices that they feel is unreasonable. You can always make use of your money in other more positive ways such as supporting the charity of your choice.

On the plus side however, if enough people decide that they will stop their subscription, we won’t hear of the problem of the setup box hanging when too many people channel surf anymore!