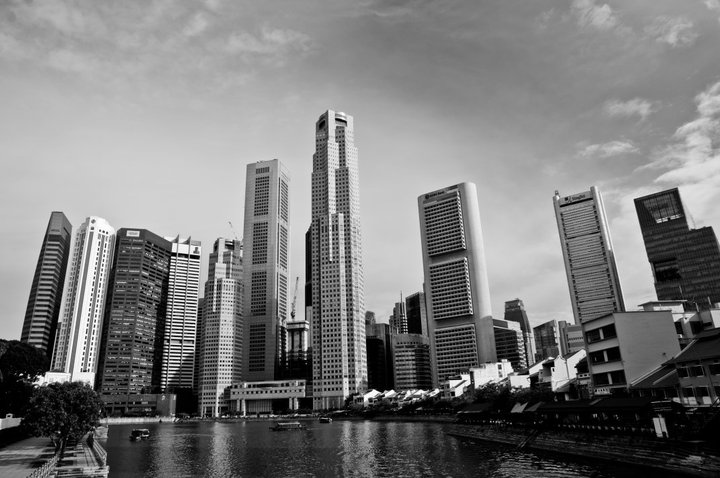 I recently read an article on CNBC stating that Singapore will be the world’s richest country by 2050. Of course this study was based on some valid economic values such as per capita GDP and purchasing power parity and taking into consideration exchange rates…and some not so valid ones like why yacht sales are coming down.

But what struck a chord with me was the underlying perception; are we really rich? Because according to the research, we already rank among the top in the world if you exclude countries like Qatar, which leaks oil and Luxembourg, which exists for the sole purpose of being a tax haven to the wealthy.

Beneath the superficial curiosity, I began connecting the dots on what I’ve come across recently in the media and what my friends and I have been talking about over Cheese Onion Prata, yes, we’ve got a good per capita GDP so no more kosongs (plain); the ministers’ wage packets, the growing inequality of Singaporean wages, and real wages decreasing even when the actual drawn income seems like it is on an upward crawl. These are worrying facts given I’m just about to start my working life in Singapore. And even if you’re not an economics student, you can see that the rich in Singapore are getting richer, and your pay is getting higher but the bills have increased at a higher percentage than your pay.

The bottom 50% of Singaporean wage earners, and this could very easily include you and me, have experienced hardly any growth in the last decade, with the bottom 20% actually suffering a real wage reduction. (Economics Society of Singapore 2009). So this is a group of people who are definitely not getting richer.

Prime Minister Lee Hsien Loong also addressed this issue in 2011 “the most successful Singaporeans will continue to do very well. The average Singaporeans will be able to make improvements in their lives and are much better off than people in most other countries. But at the lower end, incomes have risen far too slowly, especially in real terms.” But as of yet, I have not seen any divergence from the pattern, maybe a little, the rich are getting even richer even quicker and the average Singaporean is getting poorer, especially in real terms.

And this is what gives rise to the fact that Singapore will indeed become the richest nation in the world, but only the top echelons of income earners will be contributing to the data while the rest of us slog at work and be proud of our new status as world’s richest.

And the more I ponder over this supposed status of becoming “world’s richest country” the more confused I get. Singapore is as large as a good sized city in the USA, but just a quick search on Wikipedia will show you the per capita GDP of Atlanta (not that popular a US city) is about 50% more than that of Singapore, and the other major cities even higher. And the only reason why these countries are not “the richest country” is because they have rural areas and towns to account for. The very same places where people move to once they retire, where they build their character on a holiday, where they go to appreciate nature, to unwind. Whereas here in Singapore, we have 99 year HDB flat leases, cars which are absurdly overpriced and expensive healthcare, and we have no countryside to go to, no place to unwind or build character, no nature to marvel or appreciate, maybe except for Pulau Tekong, for 2 years, but only for the boys.

So basically our people are working harder than the citizens of Atlanta (the not so popular US city) but earn less, and still don’t have the luxury of having a place to move to when we want to relax and be less productive for a while. The reality is that we forfeit our culture in search of Key-Performance-Indices and forget our personal identity in the process of seeking fatter paychecks.

Some people argue that Singaporeans have an inherent safety net; the CPF. True, Singapore has always been a society built on self-reliance. And the CPF more than anything else defines how self-sufficient we are. This has gotten us international recognition of being well run as we see the likes of USA and European countries struggle with pension systems. But with the growing inequality of wages, this structure will have to be re-examined as some of the policies would be hugely discriminatory against lower income earners who worked hard for the growth of the country yet reap no fruits just because they were born into a social stature which provided them no stake in the economic boom of the country, and which paralyses their ability to move up from that stature. But hey, we’re the future richest country in the world, so rejoice that on the way to work while brushing noses with a stranger on the breakdown prone MRT system.

Views on News: Limits on high-speed trading
An insight to just how the economy affects you and I