An insight to just how the economy affects you and I 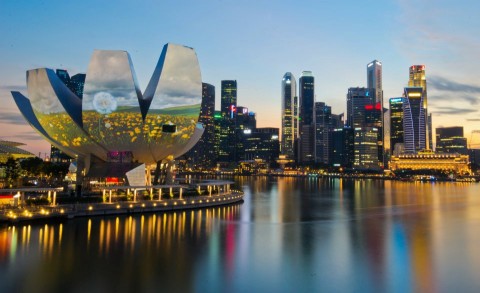 If you are one of the many who read an article such as Singapore Q3 GDP up 1.3% on-year, shrinks 1.5% on-quarter and goes, “Not sure what all this information really means”, take heart in the fact that you are probably part of the large majority of readers. Can anyone really blame you and I for not understanding such seemingly basic issues? In the midst of our stressful environment in Singapore (think PSLE, ‘O’ Levels, ‘A’ Level, Scholarship, Internship, Can I make it onto the MRT today? Will I get to work on time if the bus is caught in a jam once again?), can anyone really afford the time to go read and analyse what all these economic reports actually mean for the general public in Singapore?

Fortunately for you lucky readers, here at Dollars and Sense, we actually have writers who can somehow afford the time to review these matters and to explain in simple terms what they mean for the layperson in Singapore. Take for example the GDP figures found in the report mentioned above. Two questions spring up upon reading the headline. The first, what does GDP actually means? The second, what does being up 1.3% on-year but shrinking 1.5% on quarter imply for all of us in Singapore?

In case you never knew, GDP stands for Gross Domestic Product. It is defined by Investopedia as “The monetary value of all the finished goods and services produced within a country’s borders in a specific time period”. This is not difficult to understand, at least for an economics student.

Example 1: Buying furnitures from Courts in their latest Megasale is call consumer spending. It is part of GDP.

Example 2: The MRT fare you pay on the way to work is a service you consume. It is part of GDP.

Example 3: The electronic parts produced by our factories and shipped off to other countries is an export for Singapore. It is part of GDP.

Example 4: The latest shopping mall you see being built in Singapore is an investment by a firm into the Singapore real estate industry. It is part of GDP.

What does a GDP growth or contraction implies?

So just how exactly does the GDP affects you and I?

There is really no right or wrong answer for this. As a website that strongly advocates its readers to seek and find answers to important issues that interest them. I would much rather present to you a situation for the purpose of answering this question.

For both the questions posed, the answer is ‘not necessary’. Likewise the degree to how much effect the economy has on individual on a micro level is uncertain. The performance of the economy can only be a gauge on how well the country is doing overall.

We will go more in depth into this topic in the future. For now, you can leave us a comment on what you think of the topic and whether you agree with our explanation.