Possible ways SMRT could fund its S$34.5million investment in OMGTel 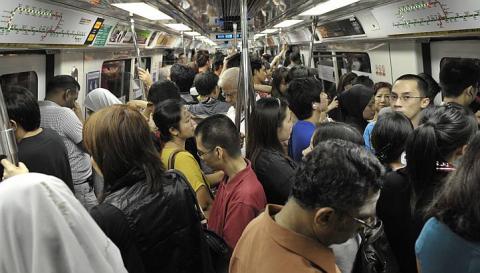 Having written about SMRT’s possible investment in OMGTel, DollarsAndSense.sg now looks at some of the possible ways the Group will be able to fund the investment.

Facts related to the investment from SMRT Corporation Ltd (SMRT):

The most straightforward assumption is that SMRT will utilize its Cash and Cash Equivalents in its investment into a fourth telco.

At the end of its financial year in 2014, SMRT reported that they had S$146.9 million in cash holdings. If OMGTel were to successfully obtain the fourth telco license, SMRT can drawdown this amount to fund the S$34.5 million investment immediately.

However, this move would deplete its total cash holdings by approximately 23.5%, which would be unwise for SMRT due to its short-term liabilities (obligations) being significantly higher than its short-term assets (which consist cash).

According to CFA, free cash flow to firm (FCFF) is the amount of cash left over by the company after it has paid all its expenses, including net capital expenditure (simply means after buying new equipment and/or reparation cost for SMRT’s trains/buses)

In 2014, the FCFF for SMRT, based on our calculations, is about negative $400mil. That does not mean SMRT is making losses, but rather, that they have spent S$652 million investing in more fixed assets, which we hope are buses and trains which will translate to better service for the public.

Therefore, we do not think that SMRT will fund this investment from its free cash flows, at least based on 2014’s numbers

Combination of cash and fare increment

The announcement of the fourth telco and the bidding result deadline is unknown and we believe it will a tough and long process because Infocomm Development Authority (IDA), will require an extensive amount of time to do their research on any new entrants, including MyRepublic and OMGTel, before they can decide on whom to award the telco license to.

Hence, this gives SMRT the time to slowly accumulate the fares and the increment as well.

SMRT has various methods to fund this investment, however the issue that we are concerned with is about how this investment ultimately benefit the public and more importantly, since SMRT is first and foremost a public transport operator, the commuters.

According to Straits Times, it was reported that OMGTel could derive synergies from SMRT’s “extensive media presence and commuter reach”. That does not sound like it is potentially beneficial to the public nor the commuters.

Only time will tell on whether this strategy will sink or swim. If you have other views on how SMRT can fund this investment, please do leave us a comment.

Loving Crevices Within The Cracks
Peek Into The Staggering Amount Of Money Behind Mayweather VS. Pacquiao