We deconstructe what Islamic Banking is and how it operates on behalf of its customers. 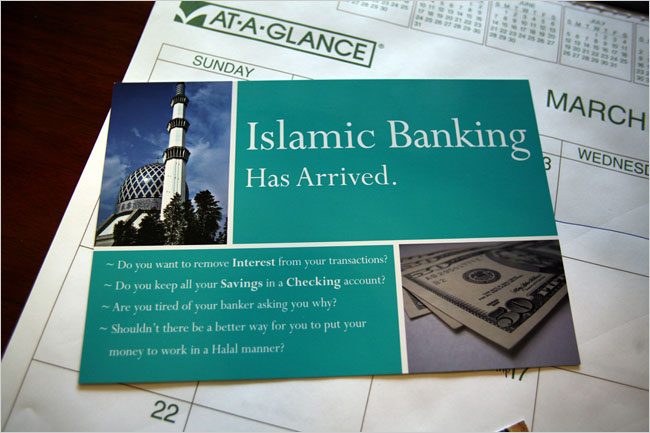 The term ‘Islamic Banking’ may sound exotic especially since it is not a financial product that is prevalent in our financial system and is an alternative form of finance that is as old as the existence of the religion itself. However, the modern Islamic financial institutions started only over three decades ago and most of the major banks, such as OCBC and Maybank in Singapore, offer Islamic financial services.

What is Islamic Banking?

Islamic banking (IB) is similar to conventional banking (CB) except that they follow Shariah principles. A central concept in IB is the sharing of risk and therefore, the sharing of losses and profits. Shariah principles are in line with Islamic ethical values and exists to guide the moral ethics and actions of, in this case, financial institutions in the formulation of financial products and services as well as the daily operations of these institutions.

The Islamic banking scene has experienced a rather burgeoning growth over the last decade and is currently worth approximately US$2 trillion. In fact, Ernst and Young estimated that Islamic banking assets grew at an annual rate of 17.6% between 2009 and 2013, and is predicted to continue growing at an average rate of 19.7% per annum till 2018.

Apart from these promising figures, Islamic finance has come under the spotlight ever since the Global Financial Crisis of 2008, which has highlighted its resilience to weather that crisis which brought CB to its knees.

According to an IMF working paper, IB is gaining more traction due to:

There are various financial products in IB that are almost similar to CB. They differ in the sense that while they have similar purposes as conventional financial products, the method of achieving those goals are different.

One of the major well-known differences between IB and CB is that interest or “riba” is prohibited in IB because following Shariah law, interest is deemed haram (prohibited) in Islam.

The reason behind this is that profits and losses are supposed to be shared between stakeholders. Investments in or the financing of industries that are deemed prohibited in Islam such as prostitution, gambling, speculation or anything that runs contrary to Islamic values are strictly not allowed. This logic extends towards the financing of instruments that contributed to the Global Financial Crisis of 2008 such as toxic assets as well. Since IB does not accept interest, it profits from business transactions that it makes with its customers. E.g. sale, lease, investments etc.

Here is a run through on three of the most common types of financial products in Islamic banking in Singapore :

It is also comforting to know that your deposit would not be used in activities that are not Shariah compliant. Similarly to a CB account, if the funds within the account are below the required level to maintain that account, there would still be a compensation fee charged if the account gets overdrawn.

Loans in IB are similar to that of a hire purchase agreement and is called a “murabaha” contract. What happens is that the bank would purchase the asset or commodity from the seller. The bank would then sell the asset to its customer, who isn’t financially capable of making the purchase directly, at the cost plus profit price.

The buyer then pays back to the bank in instalments. To determine the size of the profit mark-up, the bank may use conventional, interest-based benchmarks. This profit and cost value is made known to the customer by the bank before the agreement is made, increasing the transparency between both parties and ensuring no financial uncertainty in the process (which may be lacking in CB via hidden costs).

For example, if you would wish to purchase a house for $100,000. The bank would buy the house from the seller and sell it to the buyer for $120, 000 (20% mark-up). The buyer may make a lump sum deposit of $25, 000 with the remaining $95, 000 is to be repaid within the next 10 years. There is financial certainty in this way because you know the amount that needs to be paid back every year and how it’s calculated.

The reason Sukuks are called asset-based securities is because it represents an ownership in tangible assets and investors earn a share in the returns of these underlying assets. Therefore the purchasing of sukuk means that you are buying a stake in that asset instead of lending your money to the issuer of the Sukuk. This is how Sukuk circumvents the interest earned on conventional bonds which violates Shariah law.

There is even a Shariah compliant industrial real estate investment trust (REIT) in Singapore, Sabana REIT, that is listed on the Singapore Exchange Securities Trading Limited. It was launched in 2010 and is currently the world’s largest Islamic trust valued at USD 586 million. In the past five years since 2015, there were 31 sukuk issuances in Singapore reaching a sky high value of S$3.8 billion as compared to just S$440 million in 2009.

Due to the presence of even more rules and regulations under Shariah law that financial institutions have to follow under Islamic banking, it’s natural to assume that CB is able to earn more profits than IB.

However, when it comes to IB that bases its operations on following ethical Islamic guidelines, what it boils down to is the type of cost you would consider important: monetary or ethical costs. Some studies, such as one from the International Monetary Fund (IMF), even reported that IBs performed better in terms of profit than CBs during the 2008 Global Financial Crisis which could be due to the different operating styles of IBs as compared to CBs.

Where is Islamic Banking headed?

While Islamic finance is not a huge market in Singapore, especially with the closing down of DBS Islamic Bank of Asia in September 2015, there is still the potential that Singapore could be increasingly involved in this sector in the future. According to the Monetary Authority of Singapore, the rise in the number of investment linkages between Asia and Middle East could very well present good opportunities for financial institutions here.