Are you an investor in any of these small cap stocks? 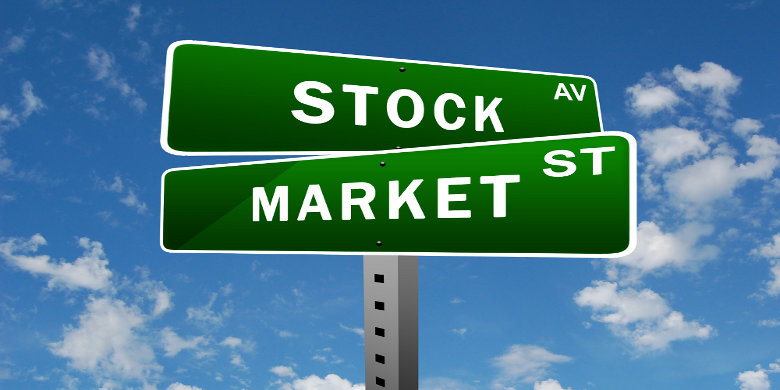 The Straits Times Index (STI), comprising Singapore’s top 30 stocks, has posted a year-to-date return of -0.41%. While this is not the kind of returns investors want to realize, it is representative of the mixed year Singapore, an open and trade-focused city, has had.

This includes seeing several macroeconomic factors such as the Brexit referendum passed, Trump winning the race to be the next U.S. president and the on-going weakness in the oil & gas industry suppressing business sentiments globally. Within Singapore, we are grappling with a structural shift in our jobs market as we try to rely less on foreign labour.

While the returns of the STI is a reflection of global uncertainties this year, if we take into account STI’s 3.2% dividend yield, investors would have still seen a positive portfolio return. Going forward, it seems we can expect more of the same, with many analysts and brokers taking a dim view of 2017 as doubts in the form of Donald Trump’s unfolding policies and a faster-paced interest rate hike in the U.S remain.

With that being said, opportunities will always exist in stock markets. Investors not willing to do the extra legwork to research these potential gems in the market will most likely lose out as the STI will continue to give market returns – which will likely stay stunted in 2017 at close to the 3,000 points mark.

As the STI, and by extension stocks with larger capitalization, is likely to stay flat, small-cap stocks produce the bulk of the “potential gems”. Here are four interesting stocks that have performed in 2016 and who look set to emulate this in 2017.

HMI was listed on the Singapore Exchange (SGX) in 1999. The Group owns and operates two specialist hospitals, Mahkota Medical Centre in Malacca and Regency Specialist Hospital in Iskandar, in Malaysia. It is one of only three healthcare operators approved by Singapore’s Ministry of Health for use of Medisave by Singapore residents for overseas hospitalization or day surgeries.

HMI has seen a steady growth in its patients and operations over the years. In 2016, the Group achieved a 15% increase in revenue to close to RM398 million and a 13.4% increase in EBITDA (earnings before interest, tax, depreciation and amortization) to close to RM85 million.

Its Mahkota Medical Centre was named “Malaysia Medical Tourism Hospital of the Year” for 2015 and 2016. It also has approximately 10% of Malaysia’s medical tourism market supported by 17 referral centres in Singapore, Indonesia and Malaysia. Currently, it has 288 beds and occupancy rate stands at 65%-67%.

Its Regency Specialist Hospital, which is just a 15 minutes’ drive from the Woodlands Checkpoint, has 218 beds and operates at an occupancy level of 70%-72%. It is also one of the fastest growing private hospitals in Malaysia.

At the start of 2016, shares of HMI were trading at $0.34, today, they are trading at close to $0.65, an increase of more than 91%. KGI Fraser has initiated coverage on the stock with a 12-month target of $0.60 in September 2016. With the stock trading over $0.65 already, it seems market players have taken the view that it will continue delivering solid performance in 2017.

The medical industry is usually more resilient than many other industries. With Malaysia offering more affordable healthcare options than Singapore, it will be interesting to see if they are able to stand up to the “Singaporean-standard” in terms of service quality. HMI will be one of the companies that will benefit as they strive to achieve that.

HMI has announced that it will be undertaking an exercise to bring 100% of the ownership of the hospitals into the listed company. This should be accretive for existing shareholders. For its Mahkota Medical Centre, it will be focused on the development of its Centres of Excellence to provide a more holistic and comprehensive care at its hospital to ensure it remains a choice destination for locals and medical tourists. It also has the capacity to increase its occupancy levels which stands at around 67%.

For its Regency Specialist Hospital, it enjoys strong growth in demand and healthy occupancy levels in 2016, and has plans to more than double its existing capacity by constructing an extension block to be ready in 2019.

MM2 Asia was listed on SGX in December 2014 at $0.25, becoming Singapore’s first film production to do so. Having produced over 80 movies since 2008, MM2 Asia hit the blocks running in 2015 with several acquisitions, including a 51% stake in leading visual effects and animation production studio, VividThree Productions, a 70% stake in mobile applications developer and digital interactive solutions provider, Millinillion, and the acquisition of two cinemas in Malaysia.

Not to be outdone in 2016, MM2 further ramped up its operations by acquiring a 51% stake in UnUsUal Group of Companies, a leading event and concert production and promotion firm, for up to $26.0 million, which they subsequently announced plans for a potential separate listing. StarHub also took notice in the stock and invested close to $18 million for almost 9% stake in the company.

The Group also grew its cinema business by acquiring Mega Cinemas Management, increasing its presence in Malaysia to 18 cinemas. Further, MM2 Asia signed an MOU to establish a joint venture company with Dick Lee in the business of music, artistes, creative direction, consultancy or related industries.

Having had a prolific year, DBS Vickers issued a “Buy” call on them in November 2016 with a 12-month price target of $0.56 compared to its current trading price of $0.445 (which should be multiplied by four, since it undertook two share splits, if you’re comparing with its IPO price of $0.25).

Singaporeans love their movies, it is almost a national past-time for us to go watch movies. With better quality local movies, MM2 may be able to break mental barriers to many who still view them as inferior. In Malaysia, movies are also a big past time, and its cinema business has the potential boom as Malaysians grow in affluence.

Stronger and recurring growth from its cinema business which is one of the top four operators after its acquisitions this year and the fact that its subsidiary, UnUsUal group of companies, could also list and tap on new funding and MM2 Asia’s presence in other regions in Asia for growth. Its core business also has the potential to increase its presence in Asia, especially North Asia.

Best World International claims to be the first direct-selling company to be listed on the SGX in 2004. Specializing in the development, manufacture and distribution of skin care and nutritional and wellness products, the company boasts close to 430,000 distributors in 12 countries including Singapore, Thailand, Taiwan, Indonesia, Malaysia, Vietnam, Hong Kong, China, Korea, Philippines, and Dubai.

Starting the year at $0.34, it now trades at $1.26. Despite this almost three-folds increase, Maybank Kim Eng issued a “Buy” call on them in November 2016 with a 12-month target price of $2.16. During the year, Best World announced some interesting businesses that probably warranted this price increase.

In May 2016, the company announced the acquisition of a new factory for the purpose of ramping up its skincare manufacturing capabilities in Singapore. This will also allow it to achieve better production and quality control of its products. In July, the Group also incorporated a joint venture company in the business of providing stem cell banking.

More importantly, the company was also awarded a direct selling license in China to sell its products in the world second largest economy. This was a great boost to the company as only 77 direct selling licenses had been awarded in China since 2006, and of this, only 16 were to foreign companies. China’s growing demand for consumer products had actually effected a 19% growth in the market to more than RMB220 billion in 2015.

Best World also announced its third quarter results in November. They achieved over 128.8% increase in revenue and over 258.2% in profit for the nine months of their current financial year. This provides some insights into the operational momentum which could snowball should their business in China takes off.

Definitely the direct selling license issued by China’s Ministry of Commerce offers the most exciting prospect. If the group is able to leverage on its core brands to build an established presence in China, the upside looks bright for the long-term.

Another potential upside has to do with the group’s joint venture into stem cell banking. As more people are exposed to this potential, they may opt for this service, which usually result in recurring revenue.

SUTL Enterprise (formerly known as Achieva Limited) was listed on the SGX through a reverse takeover in 2015 when the existing listed company bought the marina business of its existing shareholder, SUTL Global Pte Ltd, by issuing new shares, and in the process injecting fresh life into a previously loss-making and obscure counter on SGX.

The company is now a leading developer, consultant and operator of integrated marinas with the ONE°15 brand. It also owns the ONE°15 Marina Club at Sentosa.

As one of the few Asian marina consultancy companies managing a U.S. marina in New York, they are a fast-growing name in the industry. Subsequently, they have also announced a joint venture agreement at the beginning of 2016 when they secured the development of another marina in Iskandar Malaysia. This spurred them to win two more to-be-built contracts in September in Jakarta, Indonesia and Zhuhai, China.

As the yacht lifestyle gains interest and becomes more mainstream, such services may also be more prevalent. This trend has already seen growth in Singapore, and will likely show similar growth in other Asia countries as affluence and interest levels increase.

In Europe alone, the marina business is a $4.4 billion industry. By working to grow their market share in the U.S., Europe and Asia, where their ONE°15 brand already have presence, it is exciting to see where it will win its next contract. Particularly in Asia, where the group won its latest two contracts, rising affluence is sparking the fastest growing market in the boating industry.

As discussed, 2017 is widely expected to be flat. During times like this, investors have to be prepared to put in more work to uncover quality stocks to achieve good returns.

As always, we don’t recommend you simply buy what we’ve written about. Instead, we encourage you to learn more about these companies, and other companies that may interest you. Only by doing this you will be able to find interesting companies with good prospects.

Read Also: The Coming Global Shortage of Phosphorus and How You Can Invest In It

Selling Stocks You Don’t Even Own – Should Short Selling Be Made Illegal?
Islamic Banking : An Alternative Financial Choice