Why Do Airlines (And Cruises) Choose To Overbook Customers?

How to protect your bum from being bumped 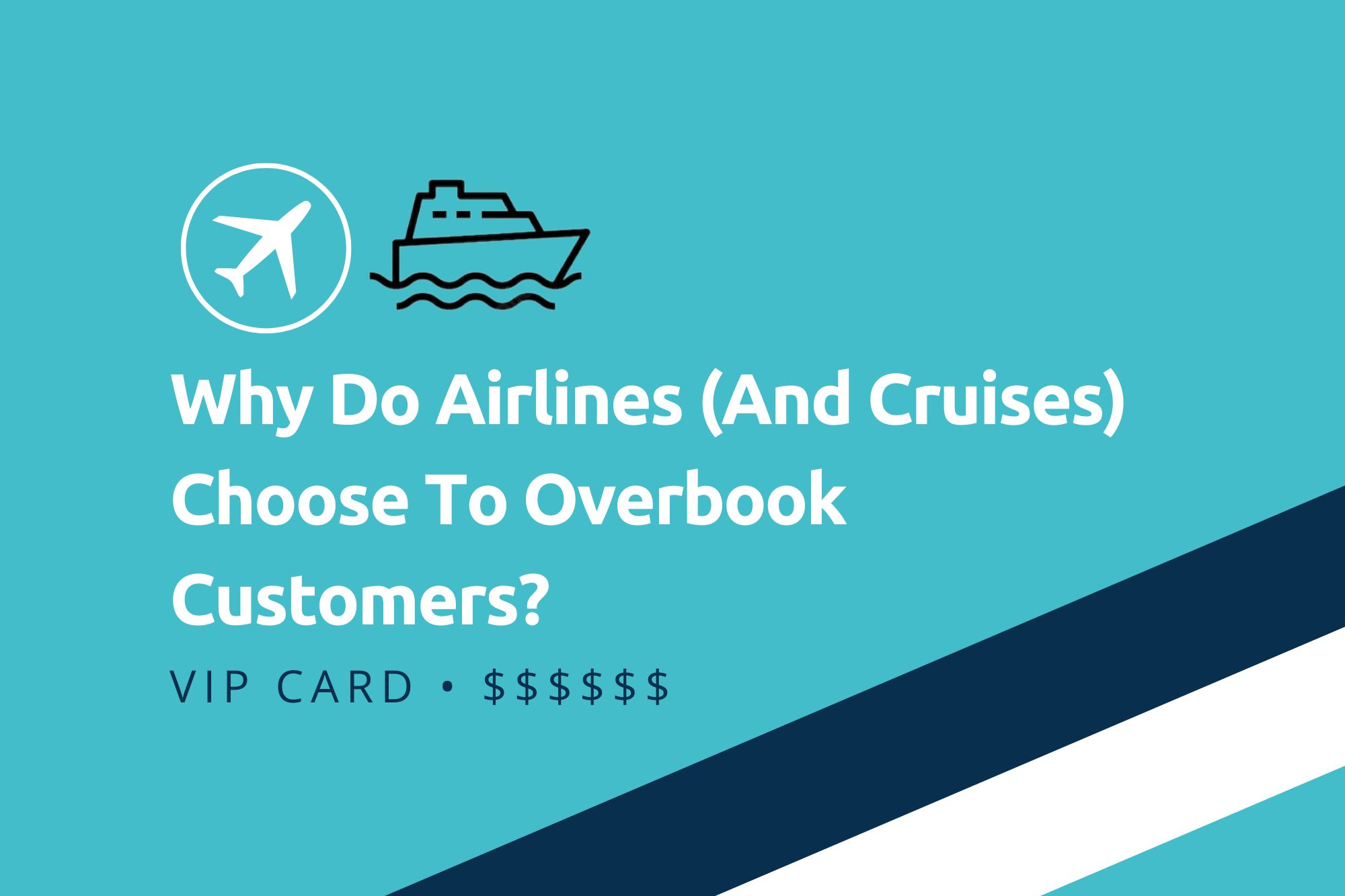 Ever since the dawn of commercial flying, overbooking (denied boarding) has been at the forefront of the bane of many passengers’ experiences.  Recently, more than 100 passengers were unable to board a Genting Dream cruise ship due to overbooking. According to the Consumers Association of Singapore (Case)’s response to Straits Times, there have been 3 complaints related to overbooking so far in 2022. This is already higher than the past two years which had 2 such complaints in 2020 and 2021 combined.

Overbooking is when operators sell more bookings than they have the capacity for. It is used to control cancellations and no-shows, yet to maintain profitability.  Airlines and cruises have the same “product” to sell, which are seats on a vehicle. Once depart from their ports, the seats cannot be sold again until arrival at their destination. Thus, airlines and cruises are incentivised to sell all of them before departure.

Read Also:  Which Is The Cheapest Way To Travel To Kuala Lumpur (KL): Flight, Train, Bus, Car, or Taxi?

Overbooking Is Common Practice In The Airline Industry

According to the International Air Transport Association (IATA), airlines are allowed the practice of overbooking as it allows better flexibility in securing and maximising flight efficiency. The U.S. Department of Transport also states that overbooking or “bumping” is not illegal. By having the ability to overbook, airlines can score further profit in the event of a no-show or cancellation.

For example, if there are 10 seats on a plane and a ticket for each seat costs $10. If everyone shows up, the total revenue will be $100. If the operational cost for the flight is $80 for example, the total profit for that flight will be $20.

That, however, is the perfect scenario. What usually happens is that passengers will cancel or not turn up. Using the same example, if 1 passenger cancelled and the airline is unable to fill that seat in time, the total revenue for the flight will be $90. This further reduces the airlines’ profit by 50% ($10).

Now, if overbooking is practised (using the same example), with the 10 available seats, the airline instead puts out 11 tickets – fully sold. If 1 passenger cancels just like before, the airline will now make $20 in profit – which is the same in a perfect scenario. Multiply that with hundreds of flights a day for a single airline and multiply the number of seats, and you get the bigger picture of why airlines need to practice overbooking in order to maintain profitability.

This is a simplistic explanation – in real life, airlines use complex mathematical models to determine the probability of events.  Similar to airlines, cruise operators also use overbooking to maximise their booking and maintain profitability.

Read Also: 5 Tips To Save Your Sanity And Money On An Overseas Trip During A School Holiday (For Both Parents And Non-Parents)

Overbooking Is Not Always A Bad Thing

While most consumers think of overbooking as a way for airlines to profit (or even take advantage of consumers) by selling more seats than what is available, overbooking actually allows airlines to stay competitive to bring you better value at a lower cost, to retain (and even improve) their market share.

Using the same example as before, if out of the 10 seats, 2 cancelled and you wanted to book the same flight, but being the 11th person, you were denied a chance to purchase. However, with the overbooking policy, you would now get a chance to be on that flight (of course the caveat will be the proper calculation the airline had to do to make sure the probability of overbooking is low)

Profit margins for flights are low, at an average of about 13.3%. especially for airlines that have hundreds of routes – every penny saved is a dollar earned. If overbooking was illegal, airlines might impose stricter booking terms and conditions, and tighten restrictions on the tickets themselves. You might now not be able to cancel a ticket within a period and get a full refund from it, change seats or change the dates of the flight.

Singapore does not regulate overbooking currently. According to the Consumer Association of Singapore (CASE), “an air ticket is a private contract between a passenger and an airline.” This means that for whatever reason, a passenger will need to settle the dispute with the airline directly. CASE can only assist but not solve the dispute directly.  However, there are things you can do before you get bumped.

Always remember to purchase travel insurance before travelling. Travelling insurance covers more than just the cancellation of your ticket. Do make sure you understand the terms and conditions of the travel insurance plan before you make a purchase, and of course, always protect yourself.

Additionally, always read a cruise or an airline’s Conditions of Carriage that states the perimeters and requirements of your travel. It will state the compensation if you are to be bumped.

No Current Regulations But This May Be Reviewed In The Future

Overbooking does benefit both passengers and airline or cruise operators. However, there is also a limit to which a carrier should not be allowed to overbook. Both the U.S.A. and the E.U. have policies in place to protect the customer in the event of overbooking.

Singapore does not have any current regulations on overbooking. Fortunately, instances of overbooking causing severe problems are rare in Singapore thus far. However, this may change in the future if overbooking becomes more of an issue as demand outstrips supply, as advocated by Case president Melvin Yong.