This week’s column features companies that may be seeking to delist or with potential transactions that will affect their listing statuses.

In this week’s edition of our 4 Stocks This Week column, we focus on listed companies that have either sought delisting or may be seeking transactions that could lead to a delisting.

Before going into the article, we always ask our readers, especially for this column, to share their thoughts, opinions or questions on listed companies in Singapore that are interesting to them. Do let us know why you think they are interesting via our Facebook page or email.

We start this column by first looking at how the global economy has performed in the past week. This provides a good comparison for the Singapore market later in the article.

The Morgan Stanley Capital International (MSCI) All Country World Index (AWCI) improved this week, falling just shy of its record high levels reached in mid-March. On Monday (27 March 2017), it stood at 447.40 and rose to a high of 451.14 by mid-week before settling marginally higher for the week at 448.17 on Friday (31 March 2017).

Top Global, a real estate developer in Singapore, announced plans to delist from SGX on Tuesday (28 March 2017). The main reason for this move was to avoid having to pay Qualifying Certificate (QC) penalties that will be levied by the government for the unsold homes.

By choosing not to sell the homes, at losses due to the soft property market, it has to pay the QC. By delisting and selling the homes to its own subsidiaries, it will avoid the penalties. However, it will still be liable for the Seller’s Stamp Duty (SSD) if it sells the properties within the next three years.

Also Read: Why You Should Not Rush In To Buy Private Properties Now, Despite The Removal Of Some Cooling Measures

Since the start of the year, Top Global has returned 75.5%. Looking at the share price chart in the last 1 week, it has not made any significant moves other than settling at the offer price. 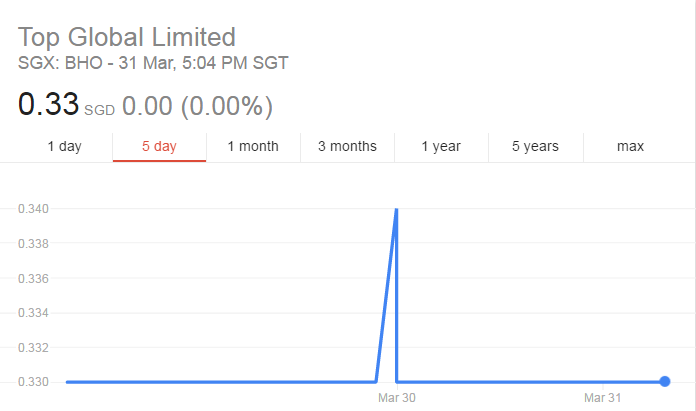 RHT is a business trust with Indian healthcare properties across 13 states in its portfolio. Its sponsor, Fortis Healthcare, is one of the largest healthcare chains in India.

In its reply to SGX, the company said that its sponsor, Fortis, claims that the report on Bloomberg was speculative and does not respond to such material. It goes on to mention that apart from fund raising activities undertaken by Fortis, it is not aware of any other undisclosed information that may explain the volatile trading activity. 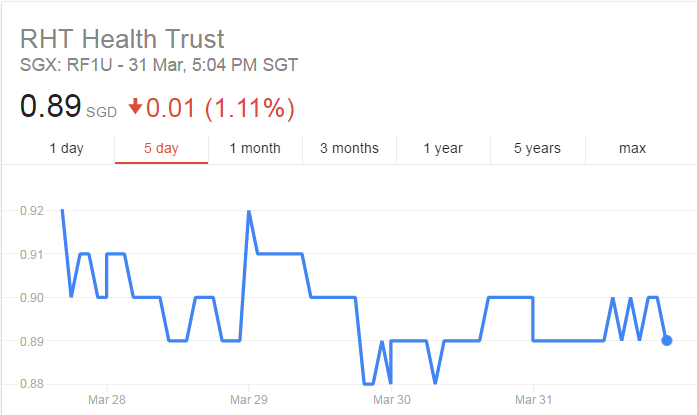 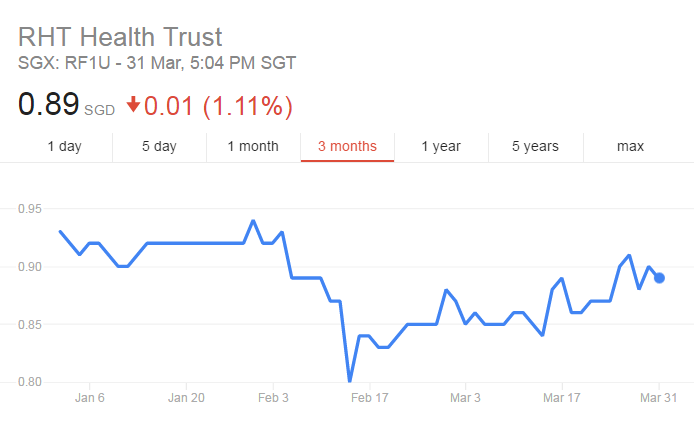 On Friday (31 March 2017), the Business Times ran an article discussing strategic investments and mergers regarding SGX. This was played down by market observers as its past efforts to buy the Australian Exchange (ASX) was scuppered in 2010 and more recently the proposed merger of stock exchanges in Germany and London due to political reasons which will remain the main hurdle to such exercises even today.

Another Bloomberg article was the reason for this, suggesting SGX was mulling tie-up deals from partnerships, stake sales and mergers, including with Nasdaq and CME Group.

Nasdaq owns the second largest stock exchange in the world as well as several other stock market network and other US stock and option exchanges, including Nasdaq Nordic and the Nasdaq Baltic.

The need for SGX to remain relevant and continue strengthening its services is not surprising, especially with Asian peers Hong Kong and China at an advantage by being able to merge certain functions of its stock exchanges. 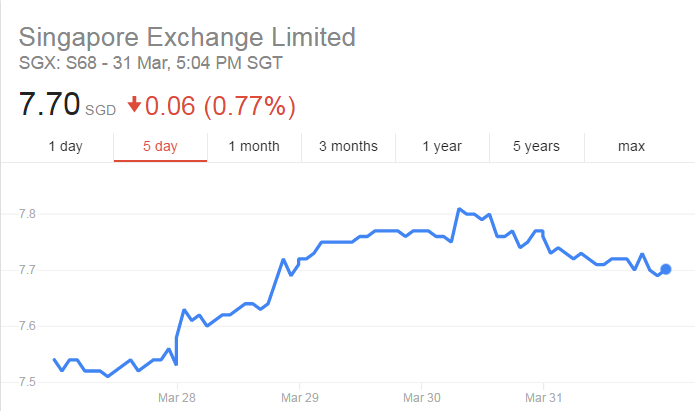 Tee International, an engineering services firm, is another company to join the growing list of exodus from the Singapore bourse. Its CEO and controlling shareholder, Phua Chian Kin, is finalising a proposal that may lead to a privatisation and delisting of the company.

On Monday (27 March 2017), the company halted trading of its shares and extended this for the entire week.

As at its last closing price, Tee International is valued quite heftily at 0.96x price-to-book value and 25.5x trailing price-to-equity.

What You Need To Know About Opening A Stock Brokerage Account
[Questions From Readers] Are Unit Trusts Safe? How Can I Best Grow My Savings?