Why You Should Not Rush In To Buy Private Properties Now, Despite The Removal Of Some Cooling Measures

Don’t be kiasu. It’s okay to wait on the sideline. 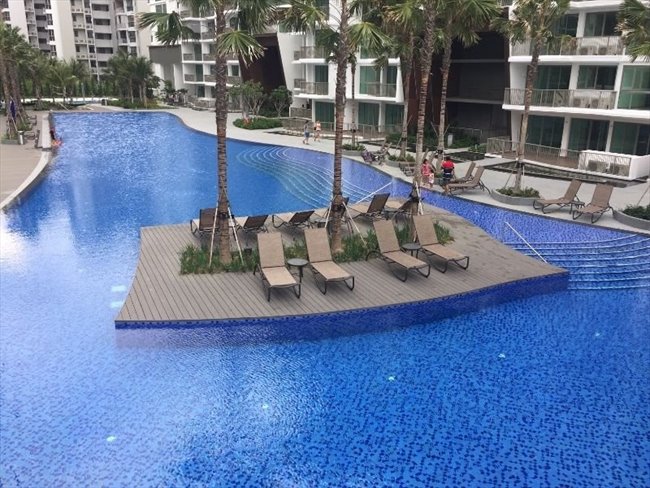 To provide you a recap, since 2009, the government has been trying to rein in property prices in Singapore. To this end, they introduced a slew of cooling measures – eight in total – including the ABSD (Additional Buyer’s Stamp Duty), the SSD (Seller’s Stamp Duty) and the TDSR (Total Debt Servicing Ratio) in conjunction with its (LTV), a restriction on loan levels.

This had a substantial effect on the property market in Singapore, with both HDB and private (non-landed) property prices falling by approximately 10.0% and 7.5% respectively in the subsequent years.

Also Read: Why Your Parents May Love Property Investments, And Why It May Not Work For You

In a move that took market watchers by surprise, the government eased certain cooling measures on 10 March 2017. It announced the shortening of the SSD from four to three years. The TDSR will also be done away for loans below 50% of the property value according to LTV calculations.

This piece of news seemed to be cheered on by local investors as stocks of property developers soared.

The biggest industry players such as City Developments Limited (rose 5.6%), CapitaLand (rose 3.6%) and UOL Group (rose 4.5%) all saw their stock prices increasing a day after the easing was announced. Similarly, smaller developers such as Guocoland, Wing Tai and Wheelock Properties saw price increases of 2.4%, 8.1% and 3.0% respectively a day after the announcement.

Is It Time To Jump Into The Property Market Now?

Although there is a sense of jubilation from the market, the lifting of the cooling measures is not going to be a game-changer. We think it would be a bad idea for buyers to rush in blindly thinking that they have a great deal in hand.

The truth of the matter is that there are many reasons why the depressed property market needed a little reprieve to breathe some life into it.

One of these reasons include the expected increase in interest rates in the US this year, which will impact local interest rates as well. With higher interest rate, people may rethink decisions to buy a property, or even to hold on to an existing property, which may suppress demand and prices.

Additionally, even though the prices of real estate development stocks have risen, many analysts think the measures will not significantly change the present market condition. This is because the tweaks seem to cater to a niche audience – people who are retiring and need to monetise their properties and people who have been impacted by adverse financial or life situations, such as divorces or deaths, and who are unable to cope with the repayment. These tweaks allow them to sell their assets without being penalised.

People can also read a little bit deeper, without much evidence however, into why the SSD was tweaked rather than the ABSD. One reason could be that government is bracing for more adverse situations causing people to have to sell their properties.

Another bit of “deeper reading” can also be that since the government introduced cooling measures in phases, it makes sense for it to remove them in phases. This is why there’s no need to rush into buying properties right now, as logically, there will be more measures removed and better deals tabled.

The Government Also Introduced Another Duty – While This Is Aimed At Developers, It Can Significant For Individual Buyers

Another bit of significant news here is that the government has implemented another duty, the Additional Conveyance Duty (ACD), but this is for property developers. If you wonder why this is significant for you, the buyer, you have to understand that this duty plugs a loophole that prevents developers from continuing to sneak out of paying charges for unsold units in their developments.

Under the current ruling, developers can sell shares in a company that owns properties to avoid incurring hefty Qualifying Certificate (QC) extension charges they are obligated to pay. Buyers, too, benefitted as they could bypass the normal ABSD they had to pay. However, these buyers tend to fall within the richest spectrum of buyers who can afford to buy entire developments or multiple units at a go.

Due to the lacklustre property market, developers could have been withholding stocks of their properties to sell only when the market swings back in the favour to preserve profits. Under the QC rules, developers with foreign holdings have to build properties within five years of buying the land and sell the all the properties within two year after that.

This means the stocks of properties these developers may be hoarding or refusing to lower prices of, in line with the market, could now see them face the hefty QC charges. This will ensure their properties are priced correctly at current market levels, and also offer buyers more options.

Read Also: How Property Developers Are Bypassing The Qualifying Certificate Regulations And Holding On To Unsold Units

It’s a buyers’ market today. So, you should play your cards right if you want to purchase a property. The way we see it, there are much more benefits to adopting a wait-and-see approach for buyers.

They get to see the impact of interest rates on housing. They get to see any further cooling measures being lifted and its impacts on the property market. And best of all, they also get to force developers’ hands as developers cannot continue selling properties at unrealistic prices by using a loophole unless they are willing to incur hefty charges on them, which they would not be.

Also, with over 31,740 new private residential properties to hit the market in the next two years, buyers will have plenty of options to make their wait-and-see approach pay off.

If you go visiting some showflats in the next few months, there is a good chance you will meet real estate agents who would want to convince you that the market is “hot” right now, and that prices will start increasing once more cooling measures are removed and buyers return back into the market. Our recommendation would be for you to take their advice with a pinch of salt.

Apply online for any of these five selected credit cards from now till 30 March and receive up to an additional $100 NTUC or Takashimaya Vouchers for your online application. To find out more, visit this link.

OCBC 360 VS UOB One VS BOC SmartSaver: Which is Better?
One FinTech Company Hopes To Help SMEs Solve Cash Flow Challenges That Even Banks Have Problems With