An oil and gas company files for bankruptcy while a coffeeshop operator sees strong gains in this week edition of 4 stocks this week.

We look at Ezra Holdings, Kimly Limited, QT Vascular and Wee Hur in this week’s edition of our 4 Stocks This Week Column.

They are in this list for various reasons, with Ezra Holdings freshly filing for bankruptcy, Kimly, at the other end of the spectrum, continuing its strong performance since its recent Initial Public Offering (IPO). One of our readers brought QT Vascular into our view, and Wee Hur Holdings after clinching a notable contract from PUB (Public Utilities Board).

We always welcome our readers to bring more interesting stocks to our attention by reaching out to us via our Facebook page or email.

As usual, we check on the health of the global economy by looking at the performance of the Morgan Stanley Capital International (MSCI) All Country World Index (AWCI). This week, it took a breather, falling 0.7% from its all-time highs from last week.

On Sunday (19 March 2017), persistently weak oil & gas prices claimed another victim, with Ezra filing for bankruptcy in the US. On Monday (20 March 2017), the company halted its trading on the stock exchange.

The group has two other listed entities, Emas Offshore, which has been suspending since 3 March 2017, and Triyards Holdings, which has also called for a trading halt on Monday (20 March 2017) but has lifted it since Wednesday (22 March 2017).

This bankruptcy will impact two Singapore banks heaviest. DBS and Oversea Chinese Banking Corporation (OCBC) are the company’s largest creditors, with UOB having a much smaller exposure to the company. Bondholders too will likely have to take a significant haircut.

Likely many of its food & beverage peers listed on the exchange, there was strong interest in the company. Kimly has a strong track record for its operations of coffee shops, and its IPO will only pave the way for more such opportunities. The proceeds from the IPO will also give it a shot in the arm to expand its business. 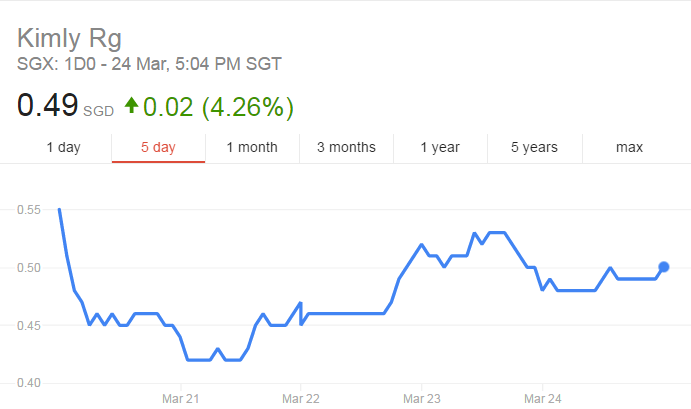 This medical technology company was another that halted the trading of its shares this week, on Tuesday (21 March 2017). It also announced that it had secured up to $20 million in capital commitment from fund, Gem Global.

In this statement to the Singapore exchange, it said it would be using $9.725 million of the first $10 million for repaying loans and general working capital. It has six months to decide if it wishes to borrow the remaining $10 million. 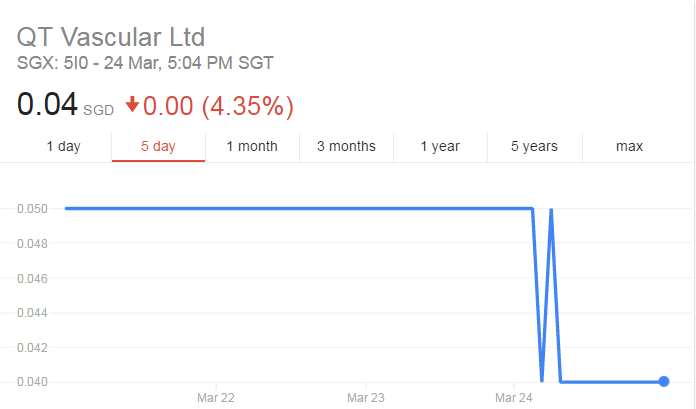 Involved in construction, property development and dormitory projects in Singapore and Australia, Wee Hur has been seeing stable progress in its business.

On Thursday (23 March 2017), Wee Hur announced that it had secured a redevelopment project worth $22.8 million for PUB. This was a well-received piece of news for the company after it had announced, on 24 February 2017, a 60% decrease in revenue for 2016, which was primarily due to the completion of a property development project.

With an order book of $199 million, this additional project win will add to its revenue and confidence going into the new financial year. 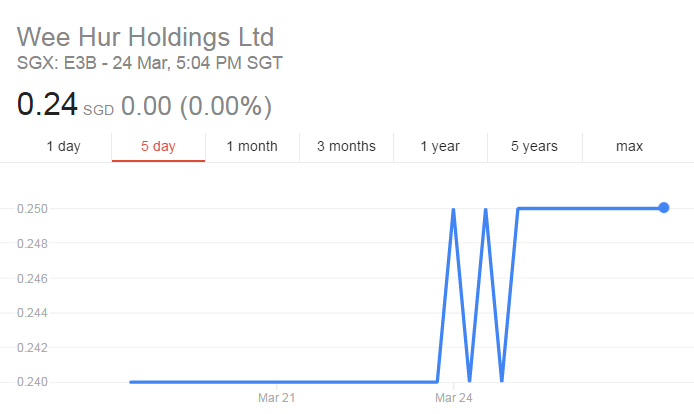