We should buy a home rather than an investment 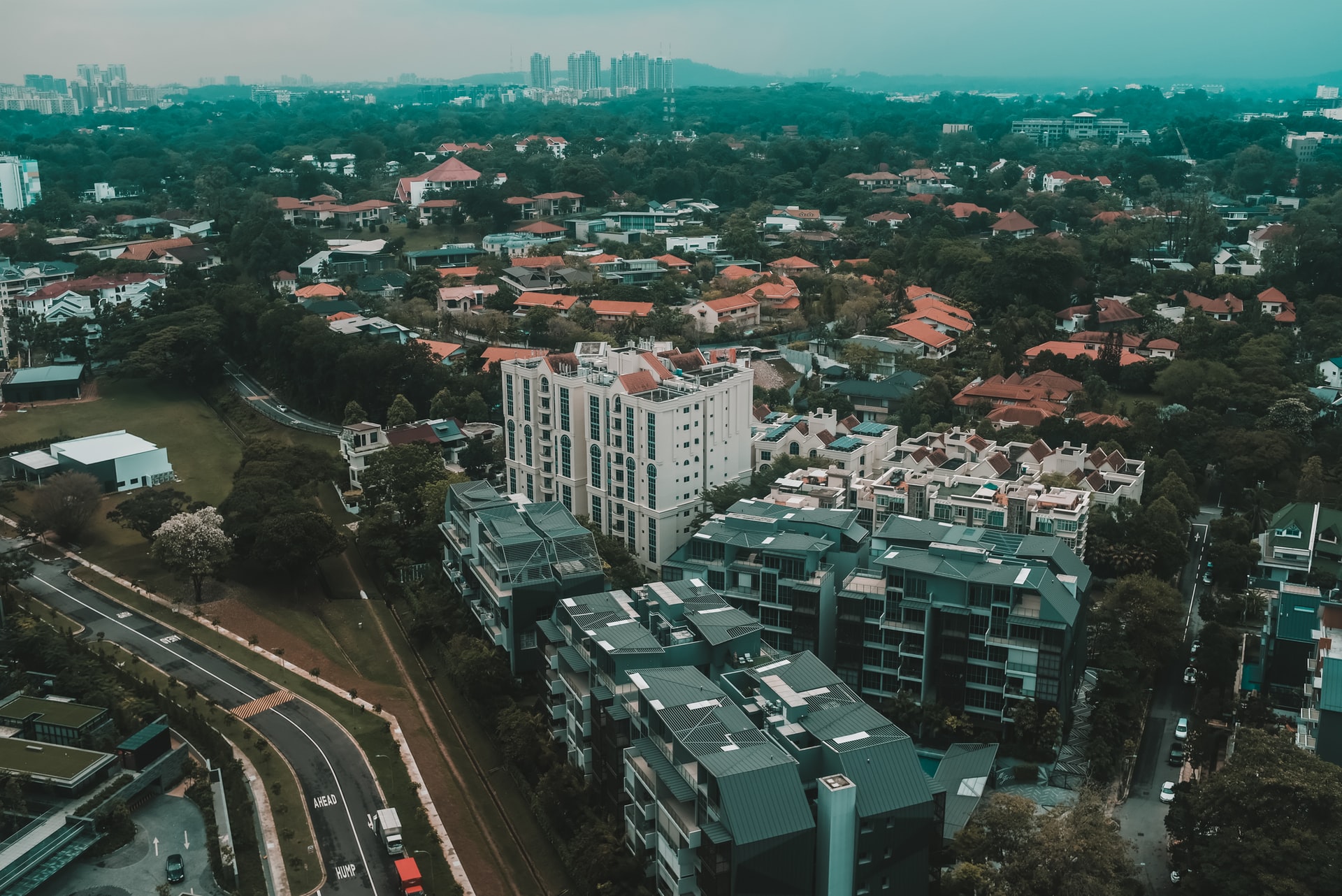 The subject of HUDC (short for Housing and Urban Development Company) flats is a confounding one in Singapore.

They’re common enough that we all know of at least one friend (or their family) who have profited because they chose to buy an HUDC flat over a regular HDB flat. Yet it’s not common enough to find a lot of information about the scheme and what happened to the estates today.

There Are No Longer Any “HUDC” Flats In Singapore – Or Are There?

One of the top Google search results on HUDC flats leads to a 2017 article by the Straits Times – HUDC era ends as last estate goes private (referring to Braddell View) – claiming that there aren’t any more HUDC flats in Singapore.

Technically, once an HUDC estate is privatised, it becomes private property comparable to condominiums and Executive Condominiums after 10 years. Thus, with the last remaining HUDC estate privatised in 2017, there are no longer any HUDC flats in Singapore.

When talking about HUDC flats today, most are referring to ex-HUDC flats which have been privatised. According to the same Straits Times article, 18 HUDC estates were built in total. Today, just 5 remain – as the rest have enjoyed en bloc sales over the years.

(Editor’s note: teoalida.com is a really handy website with a wealth of information about old HDB flats and schemes. Unfortunately, it is quite outdated. Nevertheless, it is packed with information that you typically cannot find anywhere else on the internet.)

These five estates have each tried to drive en bloc sales but haven’t been successful (yet). Given the track record of previous HUDC flats, it’s fair to say that it is a matter of time before they are also sold en bloc.

Read Also: 5 Types Of HDB Flats That Are No Longer Being  Built In Singapore

Aren’t There Other HUDC Estates?

Doing some research, we found that Neptune Court was initially built to house civil servants rather than opened to the public when it was initially launched. The estate also sits on land owned by the Ministry of Finance (MOF) rather than HDB.

In addition to Neptune Court, another housing estate very close to it – Lagoon View – is also viewed as an HUDC estate. Lagoon View has been privatised but hasn’t been sold en bloc.

Property Prices In Singapore Are On The Rise

Combating the COVID-19 downturn, businesses in Singapore were badly affected, with many struggling to keep their doors open even after heavy government support. Stocks in Singapore (and globally) also pummelled to multi-year lows. Although they have recovered to above record levels in the US, Singapore stocks are still down about 13% for the year.

What has bucked the trend are property prices – both HDB and private properties – in Singapore. Straits Times recently wrote about how HDB resale prices had climbed to 10-year highs in Q3 2020.

Read Also: 5 Reasons Why Singapore’s Property Market Is Heading For A Bull Run 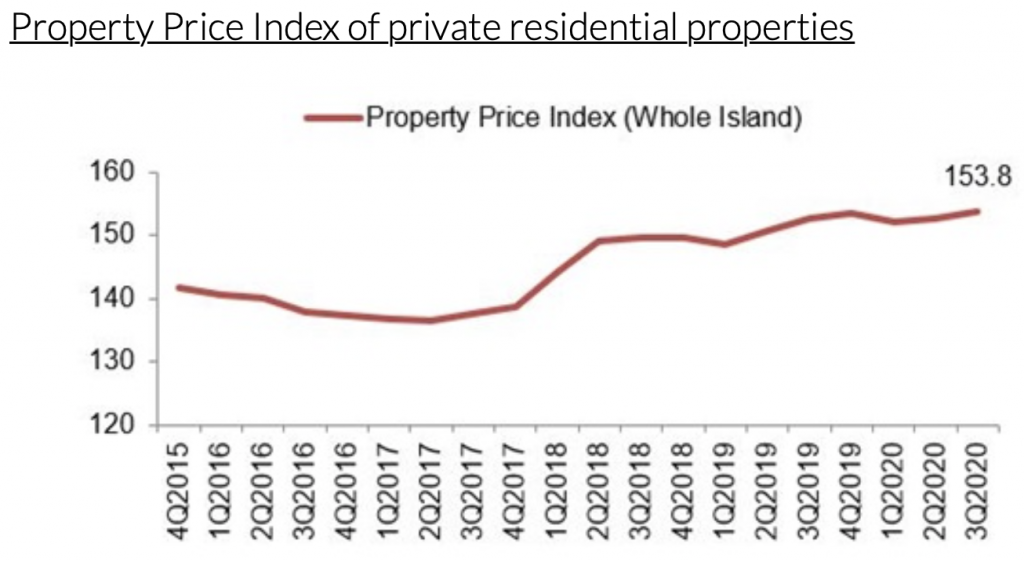 Should We Buy HUDC Flats For Its En Bloc Potential?

When choosing to buy a property in Singapore, we have to be careful – not just because of the high prices and long loan commitment we are signing up for.

Read Also: Pros And Cons Of Using CPF Or Cash To Pay For Your Home Loan

The HUDC flats we discussed above have en bloc potential, but we need to ask why we are purchasing the property. If it is for our own place to stay, there can be a greater argument to go ahead with it. If it is for investment purposes, we need to tread more carefully as the rental market has been weakening – to 5-year lows – even as property prices are rising. 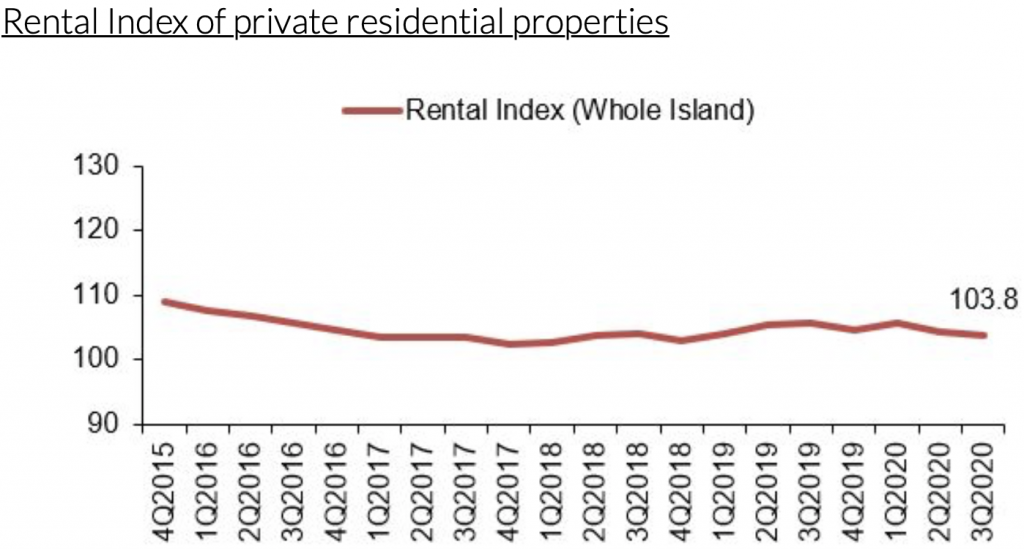 Purchasing ex-HUDC flats also come with the added concern over the age of the property. They were typically built in the late 70s and early 80s, making some of them over 40 years. These flats may not last our lifetime if we purchase them as a younger couple.

Of course, many would consider purchasing an HUDC flat because of its en bloc potential. We have to realise that while HUDCs have a decent track record of going en bloc, with just 7 estates left standing out of over 20 estates built, it is still not a given.

Ex-HUDC estates such as Pine Grove and Ivory Heights were privatised in 1996 and 1998 respectively and haven’t gone on en bloc for more than 20 years. It’s a risk to think that going en bloc is a sure bet, especially as the land tenure runs down. Such properties haven’t gone en bloc, not for the lack of trying either.

Laguna Park has already tried to go for en bloc 4 times without success, while Braddell View has already failed 2 times since just 2017.

Buying an “HUDC” like Neptune Court may be even riskier as the estate hasn’t even been privatised, which has caused nasty spats between residents that have gone before the courts.

Nevertheless, unlike the current Executive Condominiums (ECs) which is the most similar scheme, HUDC estates tend to be in premium locations. This definitely boosts its en bloc potential, as well as demand, even without an en bloc. The remaining ones are located in Marine Parade, Bishan, Clementi and Toa Payoh, while there is also one in Jurong.

Lastly, we need to remember that gone are the days for spikes in property prices and valuation. Everyone purchasing an HUDC flat is fully aware of its potential and hence, it is also priced as such – which is likely one reason some estates haven’t gone on en bloc: asking too much.

Buying A Home For Our Needs

Regardless, the home we decide to buy needs to suit our needs more than its en bloc potential or investment returns. This is so even in the scenario that en bloc never happens, we are happy to live in the property for a long time rather than want to move out after a while.

What the ex-HUDC flats have going in their favour is that they are typically larger homes. Today, with work-from-home policies becoming more prevalent, having the added space to do our work is important for our mental sanity and productivity.