Why You Should Consider Buying Stocks This November

There could be some merits to start investing from this November. 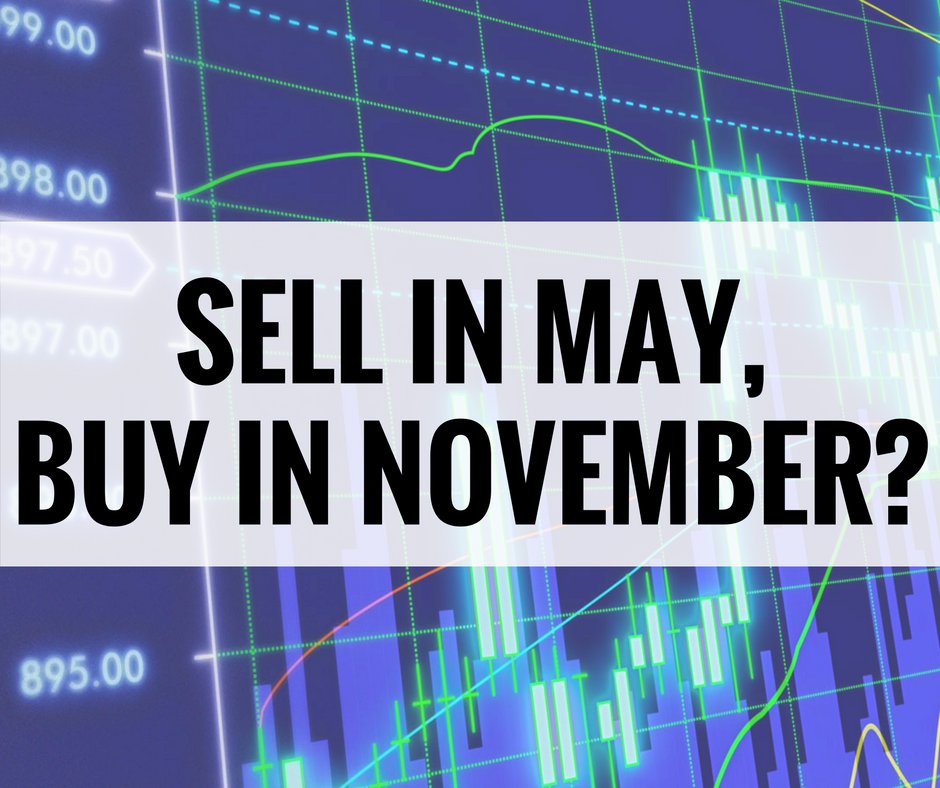 Have you ever heard of the saying ‘Sell in May and Go Away’?

If you have not, running a brief search on Investopedia will give you all the information you can get.

Here is a quick summary to help you save time: ‘Sell in May and Go Away’ is an investment strategy in which some people believe that based on historical data, the period from May to October tends to pose weaker returns for many markets, as compared to the period from November to April.

As a result of such a belief, the idea is that investors should look into selling their stock holdings in May, and get back into the stock market again in November.

According to Wikipedia, “the effect has been strongly present in most developed markets, including United States, Canada, Japan, the United Kingdom and most European countries”.

At this point in time, it’s fair to ask ourselves, so what about Singapore?

We were skeptical but curious to find out if this phenomenon existed in Singapore.

Is “Sell In May And Go Away” Relevant In Singapore?

We conducted an analysis of the ‘Sell in May’ effect on the SPDR STI ETF over a period of seven years, specifically from November 2008 to October 2015. This index tracks the performance of the top 30 companies listed on the Singapore Exchange. Feel free to check out the past historical prices from Yahoo Finance.

To our surprise, out of the seven years we analyse, only in one year did the “Sell in May” strategy not work. That was the year 2009, where the month of May and October showed remarkable returns of more than 35% in a short span of 6 months.

Now, let us look at the combined returns for each period:

Just look at that! For the past seven years, the combined returns for the period of November to April are significantly higher than the period from May to October.

Whoa! That’s Incredible? Does That Mean We Should Only Stay Invested For 6 Months Each Year?

This is a tricky question that we need to consider carefully.

To begin, we need to put forward some disclaimers; the above scenario is based strictly on the SPDR STI ETF. So it is definitely possible that this phenomenon will not hold for individual portfolios, or even the entire market. Remember, the STI itself is only a proxy for the market. In addition, an ETF is meant to track an index, so it is not the index itself. Lastly, historical results need not reflect future results.

One way of looking at this result is to agree that returns are generally higher between the periods of November to April. In fact, over the past 7 years, none of the periods gave a negative return to investors. This tells us that investors should stay invested during those periods.

For the period between May and October, returns are lower, and in some years, negative. This leads to the next question of whether we should sell our stocks during this period, and to re-enter the market again in November?

However, when we look at the combined returns from May to October, we see that it is a positive 19.35%. Yes, the returns are lower compared to November to April, but it’s nevertheless, still positive. Choosing to completely stay out of the market during these periods would have meant overall lower returns, unless one knows exactly which years to avoid in, which we have no way of telling.

To conclude, while there may be some effect of lower returns between the periods of May to October, it is not sufficient reason to deliberately stay on the sideline. Rather, what we can say is that if you are looking to start investing in stocks, the upcoming November can be a good time to get started.

Why Investors Need To Understand What They Are Investing In
How Investors Can Capitalise On The Declining Luxury Property Sector In Singapore?