" > Path Dependency: What The Oil Industry And The QWERTY Keyboard Have In Common

Path Dependency: What The Oil Industry And The QWERTY Keyboard Have In Common

Path Dependency: The reason why we are not changing even though it makes sense to 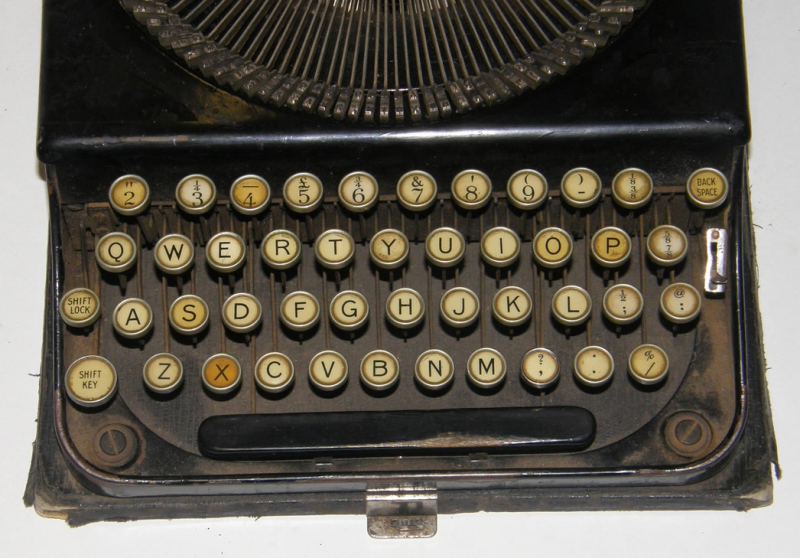 Fossil fuel energy production and consumption technologies contribute to human-induced climate change and is one of our generation’s biggest problem. As such, it is only logical for the world to move towards renewable energy to ensure that our Earth remains sustainable.

In fact, most industry experts and investors believe that the renewable energy industry is growing at an exceptional rate. It is estimated that renewable energy now produce at least 22% of the world’s electricity, and is expected to grow to 26% by the year of 2020.

While this may lead us to think that oil & gas companies are operating in a sunset industry, some experts believe otherwise. In fact, it has been argued that oil and gas companies are here to stay for a long time due to path dependency.

What Exactly Is Path Dependency?

Path dependency is the idea that decisions we make or face today are based on past knowledge trajectory and decisions made.

In simple term, what it means is that previous decisions made by past generations play a strong influence on our current situations, and affect any future decisions that we make, or refuse to make.

Compare that to other types of keyboard designs that improve and increase typing speed, such as the DVORAK and COLEMAK, the QWERTY design does not provide any substantial benefits in today’s world.

In this sense, it is not rational to change the keyboard’s design as it takes too much effort, time and resources. At the same time, the question remains on why current and future generations should continue to type in an inefficient method just because past generations used the QWERTY design to reduce breakdowns to early typewriters developed.

Why People Are Not Committing To Renewable Energy?

Unfortunately, it is not easy to get the entire world to commit fully into renewable energy due to path dependency. The following are a few reasons why it is (1) impossible to drop oil & gas technologies and consumption and (2) hard to normalize renewable energy as of now.

Firstly, money and resources need to be invested into further research and development for renewable energy. There is a need for people and companies to learn how to (1) generate, (2) install and (3) utilize/consume renewable energy.

Secondly, technologies and industries that are heavily reliant on oil and gas will be affected adversely if the world decides to switch to renewable energy.

One such example would be the automobile industry. Many car companies have spent millions of dollars designing their products for oil and gas consumption. It will take some time (not to mention, money) before their R&D divisions come up with solution that allows the use of efficient renewable energy compared to that of their previous consumption method. Even so, would most companies be willing to incur losses and spend time and effort for the sake of renewable energy?

Current infrastructures will be heavily affected and billions of dollars previously invested would be lost. This is particularly relevant for the shipping industry. Oil and gas refineries and production platforms will become obsolete. Ships worth millions of dollars such as oil tankers will lose their value. If there is a move towards renewable energy, there will be disastrous economic consequences.

Since most companies are not willing to take the economic damage, oil and gas is still extremely popular, with some companies still investing heavily in oil tankers and production platforms.

Lastly, countries or states that have invested in the fossil fuel industry will also be heavily affected. This includes Singapore, where the oil and gas industry accounts for around 5 percent of our nation’s gross domestic product.

If the world decides to turn to renewable energy, countries such as Singapore will be impacted. The money invested by the country will be wasted and the country and its people will be affected. Who then is willing to take such a risk?

Will We Move Away From Oil & Gas?

It is only logical as well as morally justifiable to turn towards renewable energy to make our world more sustainable. However, the consumption of oil and gas will still stay for the foreseeable future, mainly because we have invested too much resources, time and money on this technology. To simply move away from it will mean incurring large losses.

And similar to the QWERTY keyboard, we will continue using a less efficient method because of what have already been invested in the past, even though it makes more sense for future generations to improve and move on.

Read Also: Is This The Right Time To Buy Oil And Gas Companies?

Education Inflation in Singapore: Tuition Outpaces CPI by More Than 10 Pct
3 Skills For Young Singaporeans To Stay Employed Anywhere In The World