If you are expecting an average starting salary because that’s what others are getting, it probably means you are a bad hire who doesn’t deserve the salary. 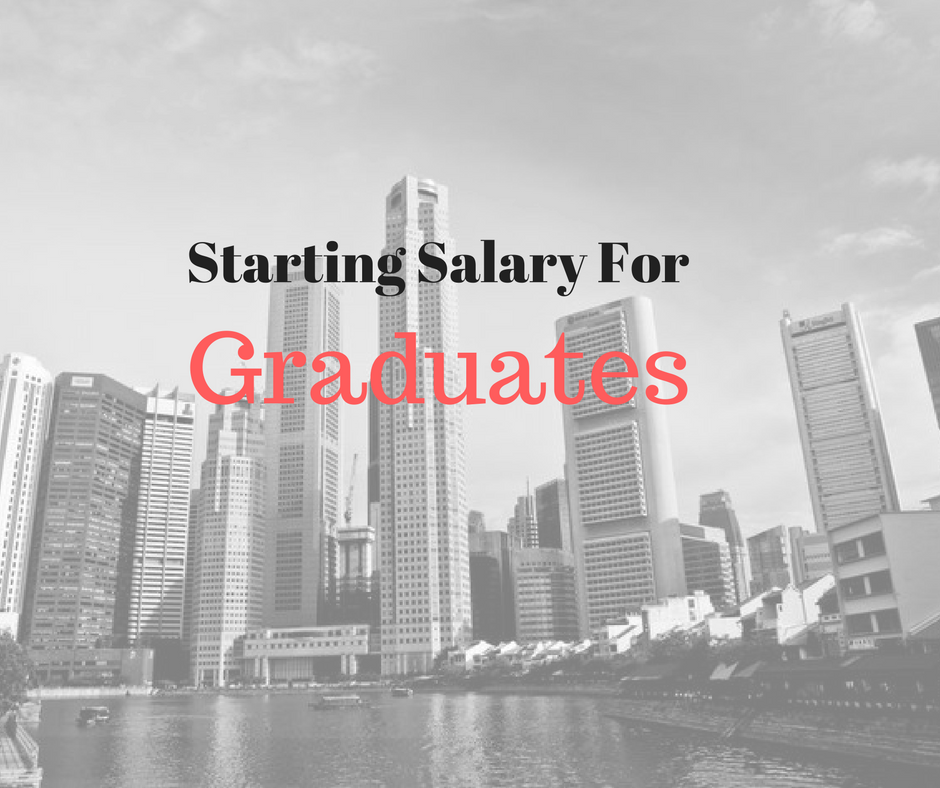 It’s tough to be a graduating Singapore student these days. With the unemployment rate at its highest since 2010, graduating students are likely to find getting their dream job more challenging, with many MNCs cutting entry-level openings meant for graduates looking to kick-start their career in an area of interest.

We wrote an article last week on how the banking sector has been one of the hardest hit in terms of job cuts, and how many of these jobs lost are unlikely to ever return.

These are ominous signs that the job market for young Singaporeans may not be as rosy and straightforward as it once was. Gone are the days when people graduate and go into the MNCs or SMEs of their choice, and have their first employer teach them all they need to know about the industry, while earning a decent starting salary at the same time.

The Problem With Expectations

Earlier this month, we wrote about the expectations that Singapore workers have when it comes to pay increment and bonuses. These are expectations that are created not through individuals carefully analysing what’s happening in today’s employment market, but rather, by what’s generalised and reported in the media, or by what Singapore workers have come to take for granted based on what they experienced in the past.

For example, we may expect a 5% annual increment from our employers simply based on what the media reports, which in turn may be based on some observations or survey done by a recruitment company. This may or may not be an accurate reflection of what’s actually happening on the ground.

But it doesn’t matter for most people.

The expectations have been set, never mind if the media report wasn’t that accurate to begin with, or if there were other reports that may contradict the report they read.

The other way expectations are set is based on what people are used to. For example, if I were used to enjoying a 10% increment each year during my first 3 years at work, I would expect a 10% increment in my fourth year as well, even if the economy weren’t doing well, or if the Singapore economy is experiencing deflation for 24 straight months.

Read Also: Salaries Are Expected To Go Up By 4.7% In 2017; But Should You Expect To Receive This?

Forming Expectations From What We Read

How do undergraduates who have yet to enter the workforce get their job expectations from?

The first way is based on what they read. For example, the media may report that the median salary in Singapore is $3,375 (before employer’s CPF contribution) as of 2015 based on information provided by the Ministry of Manpower.

Other news report may be based on statistics provided by non-government agencies. For example, the Straits Times reported earlier this year that median salary for university graduates is $3,300, with 9 in 10 graduates finding employment within 6 months of their final examinations. This is based on a Graduate Employment Survey jointly conducted by NUS, NTU and SMU. Not to be outdone, SIM also did its own survey noting that 73% of its graduates found full-time job within 6 months with an average starting salary of $2,766.

It’s easy to see why these seemingly innocuous reports can lead to expectations being formed. Undergraduates, who may otherwise have no idea about what’s happening in the working world and hence, no expectations about how much they should earn, suddenly find themselves have a salary range in mind when it comes to landing their first job after graduation, never mind if they have zero experiences to begin with, or don’t even know what the heck they want to do.

Forming Expectations From What We Learn

The other way expectations are created is based on what graduates are taught in school.

Due to the importance of attracting young Singaporeans to enrol with them, universities, both public and private, always like to paint a rosy picture of what their graduates can expect. They tend to be a little over optimistic, featuring ex-graduates of theirs who are now working in “successful roles” such as investment banking, private equity and hedge funds.

No universities would be caught telling their students the harsh truth that their degree is worthless, if they don’t have the relevant internship experience or the right network to get into the career of their choice. Neither do they want to tell you that the banks themselves are cutting headcounts across the board.

The (Big) Problem With Graduates Who Expect The “Average Starting Salary”

You see, the graduate who knows what he or she aspires to do is finding ways via internships, networking and self-education to work towards that role. Such a graduate isn’t interested in knowing what the “average starting salary is for year 2016 students.” They already know what they want to do, whether the sector they are looking at is hiring people, and how much they are worth. They also know how useful (or not useful) they really are to hiring companies as a fresh graduate.

On the other hand, graduates who expect the “average starting salary” because of what others are saying are usually just giving out a signal that they have no idea how else to determine the value of themselves, or what they can offer – which unfortunately usually isn’t very much since they don’t even know what they want to do.

These are the graduates who are familiar with how much the “average starting salary” is in Singapore, but have no idea what is it that they want to do, even after 3 to 4 years in university.

Read Also: 3 Skills For Young Singaporeans To Stay Employed Anywhere In The World

Nobody Thinks They Are Worse Than The Average

Back in secondary school, our maths teacher taught us that median represent the value right in the middle of the data group.

People who know what they want to do wouldn’t be bother about the median. A graduate who intends to go into journalism would know that his or her starting salary is likely to be less than $3,000 due to the nature of the sector.

For graduates who are not sure about what they want to do, the median becomes a really important figure to take reference from, since they can’t rely on other metrics. A job is only good if it offers at least the median salary. Negotiation is based largely on what the salary package offers, because the person doesn’t really know what else to base it on.

Put yourself in the employer’s shoes for a moment. We think it’s fair to say that a company would prefer hiring people who knows what they want to do, and who really wants to join and stay with them. Why then would they want to pay the median salary for a person who is simply applying for the job because it sounds doable and pays the “average starting salary”?

Have The Right Expectations For The Right Reasons

This article isn’t meant to say that graduate shouldn’t have any pay expectations. It’s always good to know what’s available out there and what these jobs are paying. But you must also know how these jobs fit to your interest and career ambitions.

As a fresh graduate, your job is to have an understanding of what is it that you are interested in, and what are the skills sets and experience that your currently lack to get to the role that you aspire for.

It also only by knowing these things that you can set expectations on what you want out from your first job, rather than aimlessly applying for jobs with an expectation based on what you read online.