Are you earning more or less than your peers? 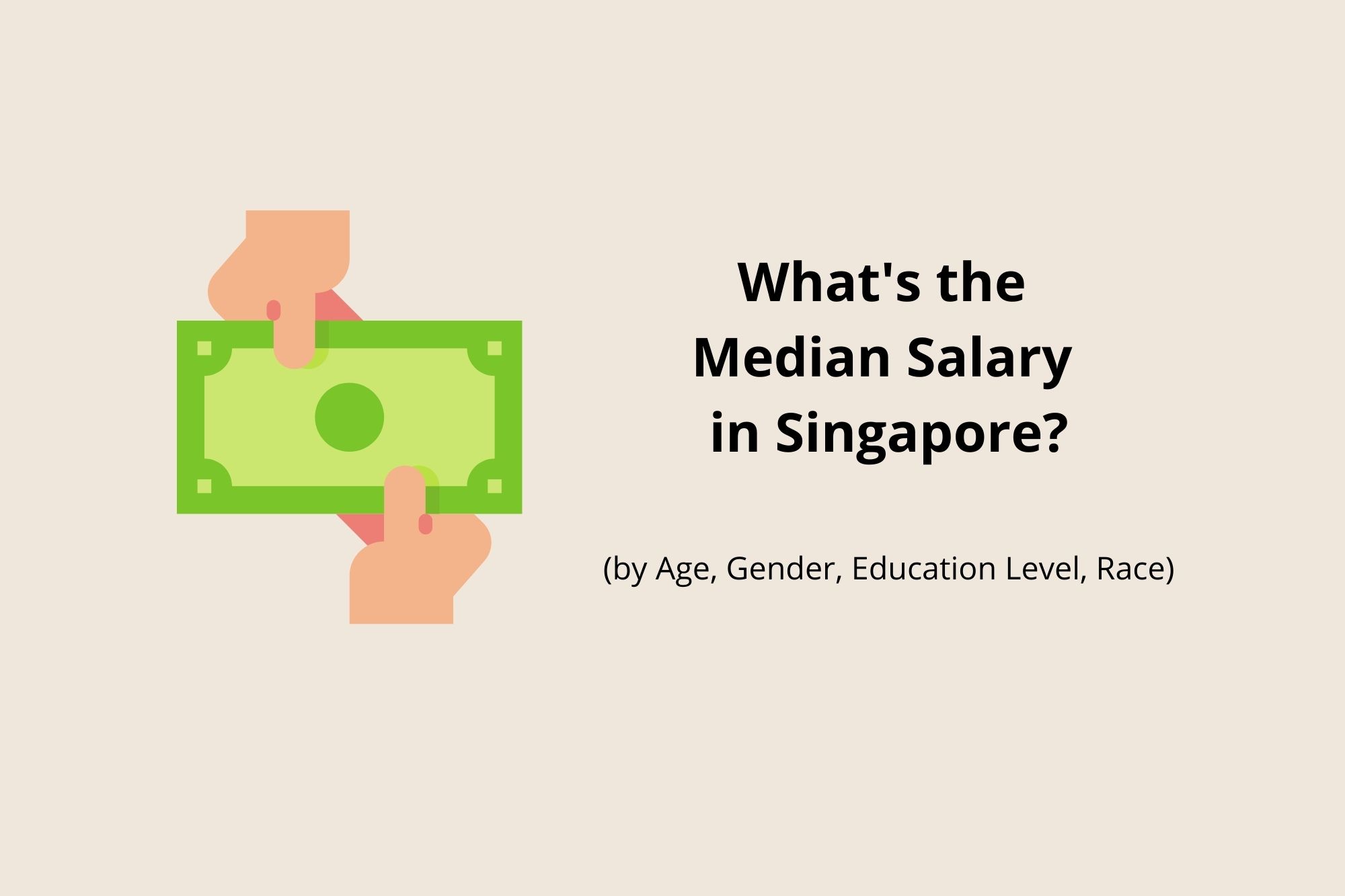 We all want to earn a good salary. While it’s hard to articulate what a good salary should be, it’s much easier if we can affix a number simply because that is the benchmark level in Singapore – which is exactly what this article aims to find out.

However, depending on how we want to benchmark ourselves, the figure we compare our salary against is going to be vastly different. We look at the different types of median income in Singapore – be it on a national level, in particular age groups, between genders, and even contrasting against the education we’ve had and the homes we live in.

What Is The Median Salary In Singapore?

Read Also: Singapore Salary Guide: How The Median Income Has Increased Over The Years (And Why This Figure Really Should Not Matter)

How Much Should We Be Earning At Every Age Group?

It’s unlikely that we will earn the median age from the day we start working. As we get older, we expect to gain experience and climb the corporate ladder. This should lead to a bigger pay for older workers – up to a certain point – and then we can expect salaries to taper off as employers lean towards younger employees.

According to the Labour Force in Singapore 2020 report, this is exactly true.

Looking at the numbers, we should be able to visualise a person’s salary rising as they grow older, up until they hit about 44, and then salaries start to go down.

Do Men Earn More Than Women In Singapore?

A frequently discussed topic is gender pay gap. While Singapore offers a lot of opportunities to both men and women, there still looks to be a gender pay gap in the workforce. The reasons may be debated to no end – whether it’s logical for there to be or not – but it does exist.

Comparing salary levels, it does look like men generally earn more than women. Again, this is a blanket statement, and doesn’t take into account much else.

When looking at the statistics, men experienced close to 3.3% increase in salary, while women saw a 1.4% gain in salary compared to 2020. While men saw a better pay increase in 2021, we should also take into context that during the pandemic in 2020, men saw their pay decline about 2%, while women’s pay increase 1% on aggregate.

We can break gender salaries down even further to uncover more information.

For both men and women, salaries tend to change in a similar manner – going up until about 44 years-old and then declining.

However, from the statistics, we can also see that females actually earn more money at a younger age compared to males. In fact, up until 29 years-old, females earn more or the same amount compared to men. It’s only after 30 that men start to earn more.

There can be some explanations for this. Females in their teens tend to have access to better-paying work compared to males. Males also have to go through National Service (NS) and reservist cycles (especially in the first 10 years of their career) – this is also seen in their wages generally legging behind women.

In Singapore, the median age that citizen mothers have their first children is 30.6 years (according to the Population in Brief 2020). It is at this age that the median salary of females also start lagging behind males. One reason for the salary lag could be the extra attention females have to dedicate to their children at this age group and beyond.

How Much Should You Earn Based On Your Education Level?

The higher someone’s level of education goes, the more they should logically earn. This is something that’s also seen in the real-world statistics quite clearly.

Again, no surprises that those who have below secondary-level education are earning the lowest median income while degree-holders earn the most.

Similarly, someone with diploma and professional qualifications lag a long way behind degree-holders. This is why many parents are perhaps not buying into the notion that you don’t need a degree to have a good paying job.

How Well Are You Earning Compared To Others In Your Race?

The statistics revealed in Singapore typically do not compare against different races. However, we can look at the statistics to see how we are faring in proportionate to other workers within our same race. 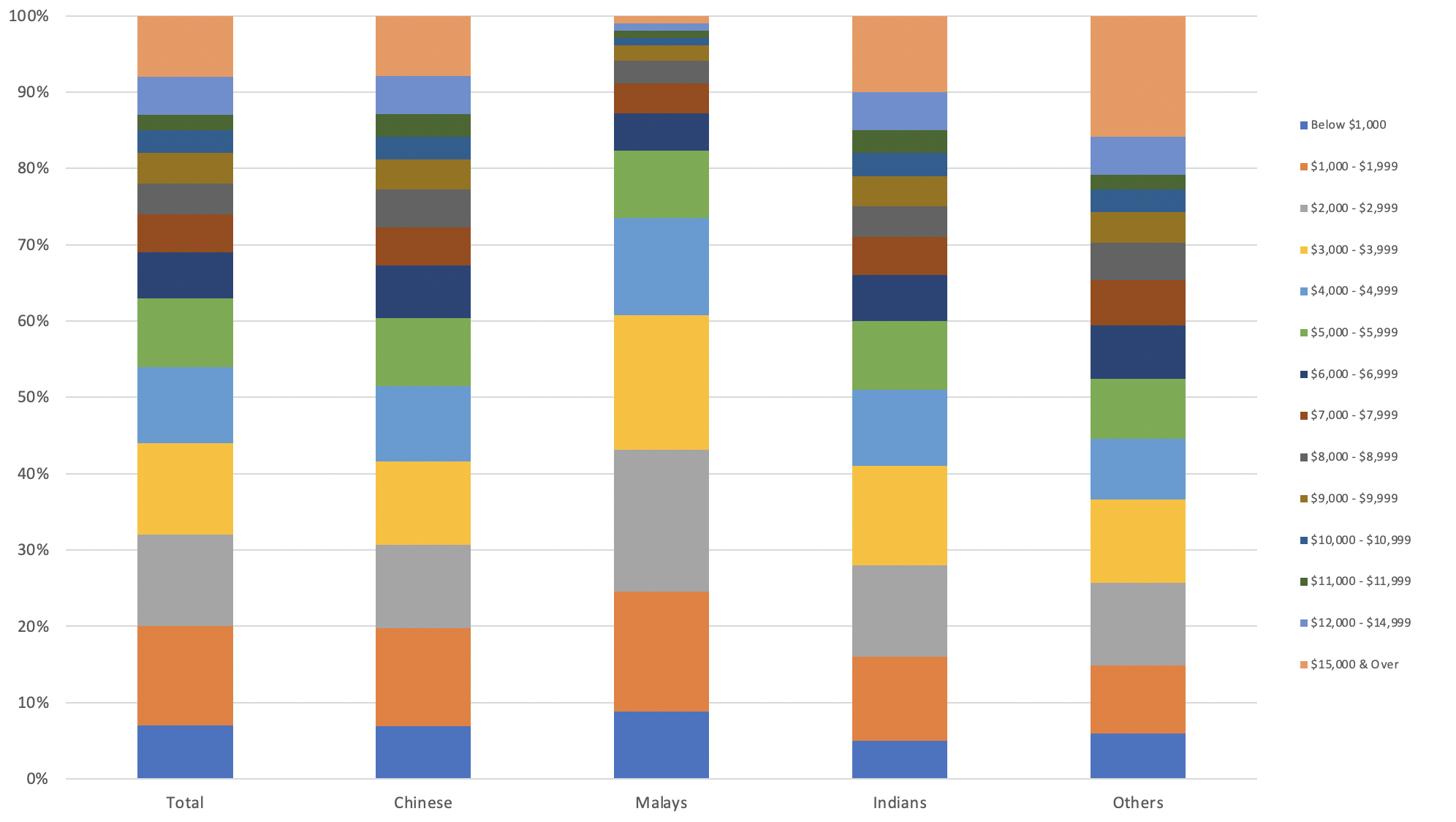 The 50th percentile of income for the respective races were:

Read Also: What is Singapore’s Average Household Income And Why It Is Different From The Salaries We Earn?

This article was first published on 19 July 2021 and updated with new information.