What Happens To Your HDB Flat After A Divorce?

Can you still retain your HDB flat after a divorce? 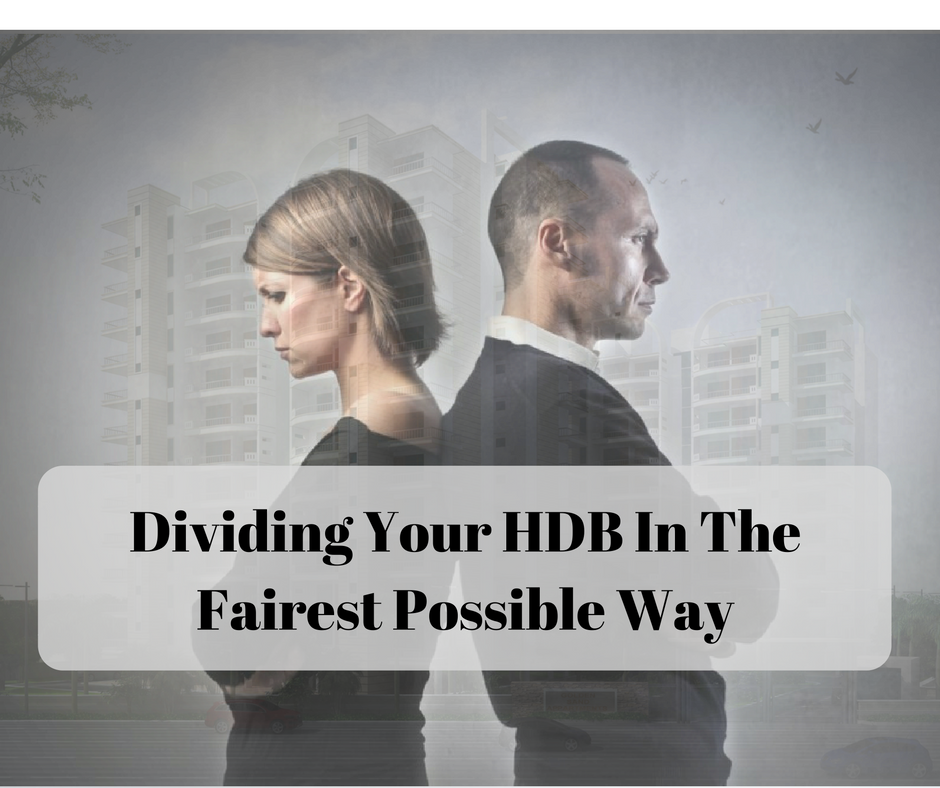 A divorce is not something that anyone would hope for. There are times however when a relationship simply took a turn for the worse, and that no amount of work can salvage anymore.

While divorce elsewhere around the world is straightforward, it can be quite a complicating process in Singapore, particularly if there is a HDB flat involved. The HDB flat, being one of the most valuable assets co-owned by the couple, adds an additional dimension of complication to the entire process.

For most couples undergoing the process of divorce, the ideal outcome would be the ability to retain the HDB flat, or be able to sell it at a good price and having the proceeds split between both parties.

Is The HDB Flat A Matrimonial Asset?

If the flat was acquired before the marriage by one party, the flat will only be considered a matrimonial asset if:

1. The flat is enjoyed by parties and children for shelter, transportation, household, education, recreation, social and aesthetic purposes.

2. The flat was substantially improved during the marriage, by either or both the couple.

This means that if the flat is a gift or inherited from someone, and was not substantially improved during the marriage, the flat will not be considered a matrimonial asset.

If the flat is considered a matrimonial asset, it will now have to meet the Minimum Occupation Period (MOP) before it can be sold or have its ownership transferred to either of the ex-spouse. MOP is typically 5 years.

If the couple does not meet the MOP, they will not be able to retain the HDF flat. HDB flat will be surrendered to HDB at prevailing HDB prices when they divorce.

If retaining the HDB flat were an option, the couple would need to make a decision of whether they want to retain it, or sell it on the open market.

Retaining of the flat will involve having an individual’s parents’ name being listed on the application originally, or the individual having care and control of the child.

Generally speaking, the spouse that has custody or is taking care of the child will be the one retaining the flat.

If none of the stated applies, the individual will have to be eligible under Single Singaporean Scheme for the retaining of flat to take place.

The Sale Of The HDB Flat

If both parties prefer selling the HDB flat, they have to be mindful that the division of the HDB flat will be based on numerous factors, rather than an equal split.

The percentage of which the HDB flat is to be divided will be subjected to the following factors, as stated in section 112(2) of the Women’s Charter:

1. The extent of contributions each party has made in terms of money, property or work towards acquiring, improving or maintaining the matrimonial assets

2. Any debt owing or obligation incurred or undertaken by either party for their joint benefit of any child of the marriage

3. The extent of contributions each party has made towards the family’s welfare, such as looking after the home or caring for the family or any aged relative dependent on either party

4. Any agreement between the parties with respect to the ownership and division of matrimonial assets made in contemplation of divorce, such as the deed of separation

5. The assistance was given by one party to the other (this can be material or immaterial), including assistance that helps the other party to carry out his job or business

6. Any period of rent-free occupation or other benefit enjoyed by one party in the matrimonial home to the exclusion of the other party

8. The length of the marriage

From there, the court will then make the final call, in an attempt to divide the asset in the fairest way possible.

As one would expect, ownership of your HDB flat would indeed be affected by any divorce related issues. So ensure that you are familiar with the regulations before coming to any decision.

Ever wondered what you needed to know about investing in ETFs? Sign up today for our 90 minutes “Introduction To ETF Investing In Singapore”. Featuring speakers from DollarsAndSense, NikkoAM and Maybank Kim Eng.

Event is on 11 October, 6.30pm. More details can be found on the event registration link.

Active Fund Management: Are Finance Graduates Striving To Work In The Wrong Industry?
How Investors Can Capitalise On The Declining Luxury Property Sector In Singapore?