What Does Net Worth Really Mean?

Here are some ways to determine the success of an individual or an organization. 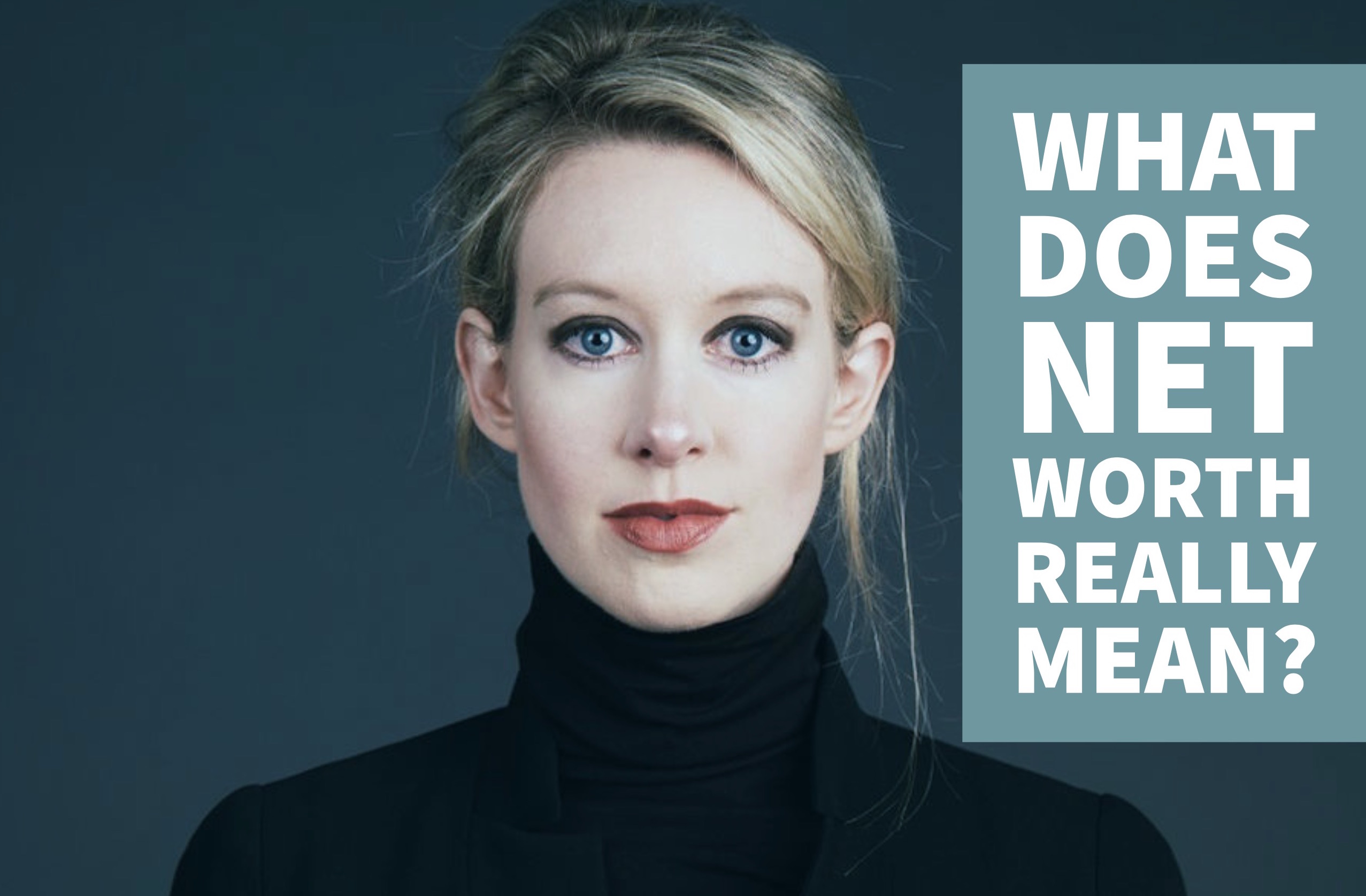 We see in the magazines, we marveled at the colossal net worth of entrepreneurs, actors, and singers.

Not all of us know what net worth is, how it is determined, and the implications behind it. While the derived figure of the net worth can be relied upon to determine the success of an individual or an organization, it is usually an estimate at best.

What Is Net Worth?

Net Worth is the value of the things you own minus all of your debts. In accounting terms, it is assets minus liabilities.

When your net worth increases, it means that your assets increase more compared to your debts. When your liabilities are greater than your assets, it signals financial issues.

How Can One’s Net Worth Skyrocket Overnight?

There are many startups getting media attention these days. Their founders’ net worth rises exponentially overnight with the valuation. The opposite may be true for some entrepreneurs.

Elizabeth Holmes, the CEO of Theranos was once praised as a figure of empowerment to inspire women everywhere.

Theranos is a blood-testing company that Holmes founded in 2003, hoping to disrupt the diagnostic test market. Holmes claimed that their innovative technology can perform hundreds of diagnostic tests with just a few drops of blood through finger-stick instead of the traditional vials of blood taken through venipuncture.

Theranos shares are not publicly listed. The private shares bought by investors in 2014 hinted at a US$9 billion valuation for Theranos.

In 2015, Holmes topped Forbes’ list of American’s Richest Self-Made Women. Her net worth was valued at US$4.5 billion. The estimation of her net worth was based only on her 50% stake in Theranos.

This year however, the company was accused of carrying out inaccurate tests. They are currently being investigated by many federal agencies and healthcare regulators, resulting in Holmes’ net worth to be zero, according to Forbes.

With new information made available, such as annual revenue being less than US$100 million, Theranos is actually worth far less than US$9 billion. This led to Forbes revising the valuation of Theranos to US$800 million.

Given that Holmes owns ordinary shares, Holmes will be the last to be paid back when all the assets are liquidated. Hence, her stake in the company is virtually worth close to nothing given the low valuation of Theranos.

Read Also: Can An Average Singaporean Couple Have Net Assets Worth A Million At Age 55 By Using CPF?

Does That Mean We Have Negative Net Worth When We Are In Debt?

Everyone has a net worth even if they have taken loans for various reasons. A person has a negative net worth when his liabilities are higher than his assets.

A negative net worth does not always mean the person is bankrupt. Asset values can fall for reasons beyond control, but can rise again quickly in the future.

According to the Ministry of Law, “Bankruptcy is a legal status of an individual who cannot repay debts of greater than $10,000 and is declared a bankrupt by the High Court.”  This means that there is no way the debtor can repay his loan. When bankruptcy is filed, all of the debtor’s assets will be appraised. These assets will be used to repay part of the outstanding debt to creditors. Thereafter, the debtor will be discharged from his obligations to repay the debt.

When bankruptcy is successfully filed, the public will be informed, most typically by a post in the newspaper. The employer of the bankrupt will definitely be informed, and it is unlikely that his job will be terminated. However, future employers may be unwilling to look at someone who went bankrupt favourably.

Additionally, people who are declared bankrupt has to inform the court should they want to travel overseas. Failure to do so could result in a jail term upon return, and also a $10,000 fine. This means no overseas holidays for bankrupts.

Read Also: The Total Net Assets Of The 40 Richest Singaporeans Equates To 8% Of Singapore