Safeguarding CHAS and the Pioneer Generation Card Scheme from Abuse

Medical subsidies are great. But this should not be abused at the expense of other tax payers. 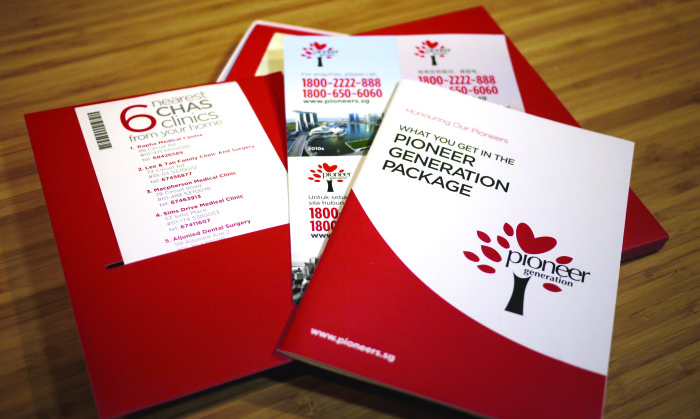 Three Singaporeans walk into a bar. They drink like there’s no tomorrow and the next day, all three of them visit nearest General Practitioner clinic for their severe hangovers. One of them is eligible for subsidies under the Community Health Assist Scheme (CHAS).

The above is the most fun way to utilise CHAS benefits. It is also statistically accurate.

CHAS was launched in 2012 with a broader scope compared to the Primary Care Partnership Scheme (PCPS) it supplanted. It was further expanded in 2014 and most recently, in 2015, when the health subsidy benefits for 450,000 the Pioneer Generation (PG) cardholders were piggybacked onto the CHAS; tapping its network of  1,300 participating clinics and the existing CHAS claims process. Today, more than 1.2 million (or one in three) Singaporeans are eligible for CHAS-PG Card benefits. Though the number of people who actually signed up and make use of CHAS-PG benefits is much lower, more than $40 million dollars is still being disbursed annually and that figure looks set to grow.

So, you would think that a mature scheme – 15 years old, if you consider the fact that the PCPS was launched in 2000 – that could potentially affect 1.2 million Singaporeans and disburses tens of millions of dollars would have substantial measures in place to protect it from abuse. In this article, we take a look.

Not surprisingly, we aren’t the first, and probably, won’t be the last, to raise this question.

CHAS-PG Protection Measures in the MOH’s Own Words

Beating us to this topic back in November 2014 was none other than Tampines GRC MP Baey Yam Keng, who raised a question in Parliament, asking “how does the Ministry prevent abuses by doctors who increase their fees artificially; and what enforcement actions have been taken and what are the penalties meted out against errant doctors.”

Senior Minister of State for Health Dr Amy Khor replied that the “vast majority of our doctors do observe the Singapore Medical Council’s Ethical Code and Ethical Guidelines, which state that doctors cannot abuse the doctor-patient relationship for personal gain. MOH also closely monitors CHAS claims submitted by clinics. Clinics have been, and will continue to be, called upon to account for any exceptional claims.” Dr Khor also shared that if there are clinics with exceptionally high CHAS claims, there are audit teams that will engage and counsel the doctors.

In March 2015, Jurong GRC MP Ang Wei Neng highlighted in Parliament that some CHAS clinics have apparently been overcharging patients with PG cards, thus offsetting the subsidies they receive. Minister of State for Health Dr Lam Pin Min responded by saying that “MOH closely monitors CHAS claims submitted by clinics, and clinics will be called upon to account for any exceptional claims. We encourage patients to clarify charges and ask for itemized receipts if they are unclear.”

Apparently not satisfied with the state of affairs, in July 2015, MP Baey Yam Keng (again) suggested in Parliament for a way for CHAS and PG Card holders to be kept informed of the subsidy that they have used up as a means to check against any fraudulent claims. He also shared that “where there are General Practitioners (GPs) who put in bogus additional treatments on top of a genuine consultation, for example, I think that there needs to be a better way to check against this and prevent abuse of the two schemes.”

There had been letters submitted to the Straits Times Forum section highlighting glaring loopholes in the CHAS-PG system. They probably didn’t know about the MOH’s close monitoring. Which is probably what led the MOH Director of Corporate Communications to reply: “MOH will continue to monitor the situation closely and would like to encourage patients to actively engage their doctors and dentists, and vice versa, to address potential queries on treatment and charges.”

This much echoed “close monitoring” as MOH’s primary measure to prevent abuse of the multi-million dollar CHAS-PG scheme is very vague. Is there a whole enforcement and auditing division within the MOH, supported by real-time collection and analytics of data? Or is it one intern refreshing the feedback e-mail box every few minutes, intently scrutinising the monitor? The lack of detail and scant news of success in thwarting abusers of the system does lead one to wonder.

In the private sector, MHC, a company that administers a network of about 600 clinics have detected and recovered more than half a million dollars in fraudulent claims. For comparison, CHAS has a network of 1,300 medical and dental clinics. So either doctors under the CHAS scheme are infinitely more honest and efficient, or the enforcement and auditing for this nationwide governmental scheme is woefully inadequate to detect and prosecute wrongdoers.

Abusing of public money by taking advantage of the ignorance and good faith of patients is both criminal and morally outrageous, and we believe that more needs to be done.