Is Your Company Group Hospital & Surgical Insurance A Big Waste Of Money?

It might be better for companies to just subsidies the integrated shield plans of their employees. 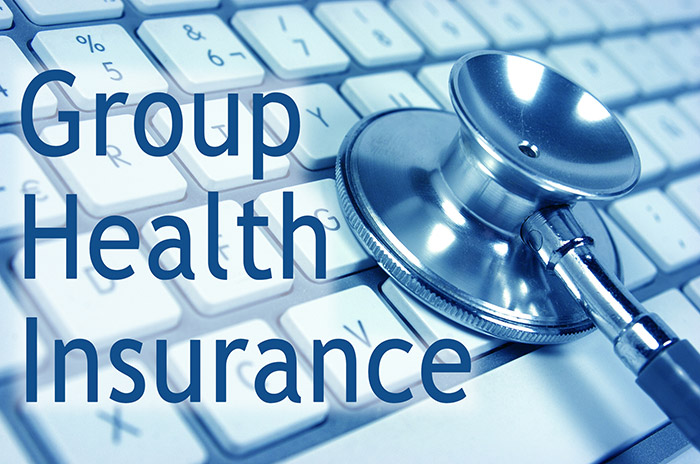 Most companies in Singapore have some form of group health insurance for their employees. This is usually given to employees as part of company’s HR benefit.

As part of the medical benefits given to employees, Group Hospital & Surgical (GHS) is typically included for confirmed staff of a company. For those of you who are not familiar with this, GHS is a group insurance policy that your company would have bought to cover employees in the event of any hospitalisation or surgery required.

Do note that with the exception of S Pass and Work Permit holder, it is not compulsory for employers to provide health insurance coverage for employees.

There is no denying the good intentions that your HR department had in mind when they bought the GHS (among other medical benefits) for employees in the company. We are huge supporters of companies taking good care of their employees, whose health may have suffered due to excessive hours and stress that their bosses have caused.

GHS ensures that any employees of a company that requires hospitalisation or surgery due to any accidents or conditions sustained while under employment with the company would be covered.

If you were a regular reader of DollarsAndSense.sg, you would have noticed the striking similarity that both GHS and Medishield Life share. Both these insurance policies cover the insured person for any hospitalisation or surgery cost incurred. And because you can only claim once, these policies essentially overlap with each other.

One argument made by insurance agents trying to convince HR personnel on the merits of Group insurance is the fact that Medishield Life only covers individuals at B2 or C Class wards at public hospital. That’s a fair point.

However, there is private Integrated Shield Plan (ISP) that individuals can purchase to extend their hospitalisation coverage to B1 and A Class wards or private hospitals. These are available at an additional cost (payable by Medisave). A Rider can also be purchased to cover the cost of deductible and co-insurance (payable by cash only).

In essence, having both the ISP and the Rider would allow one to get coverage which is either on par, if not better than what the GHS can offer.

Paying Double The Premiums For Fun

Most finance savvy individuals would know that getting an ISP is one of the recommended insurance policies that all individuals should already have, particularly when they are still young. Premiums at a young age are not only affordable, but also payable fully via Medisave. Getting coverage while you are young ensures that the insurance company would have to continue covering you for any future conditions for as long as the policy is in effect.

The cost of a GSH plan per person varies from company to company, depending on the nature of their business and the average age of their employees. It also takes into consideration any pre-existing conditions that their employees may have. At the lower end of the spectrum, we would expect a similar coverage for employees to cost about $350 per person, for Class A wards and private hospitals.

The GSH may or may not be cheaper than an ISP with Rider. However, whether it is cheaper or not is not really the point.

Rather, the main thing to recognise is that a company might be potentially paying an extra $350 per annum (or more) to provide employees with coverage that they already have.

So after employee have already paid $400 to buy their own hospitalisation plan, the company pays another $350 to provide the exact same coverage that the employee has. This doesn’t make sense.

It would not be feasible (nor responsible) to ask employees to drop their own individual ISP because the company is already providing something similar. An employee who drops his ISP because he is already covered by his company’s GSH would lose his coverage once he is no longer working with the company.

Rather, the better solution for companies who want to continue providing for the well being of their staff would be to encourage their employees to purchase their own ISP, and to pay for or subsidise the cost of these plans. In this way, employees would enjoy similar level of coverage through their ISP while enjoying subsidies from their employers, rather than for both parties to be paying separately for the same coverage.

In the event that an employee leaves the company, subsidy would of course be dropped. However, employees would still be able to retain their plans and enjoy coverage even for any pre-existing conditions that they may have.

Before you go stomping into your HR department demanding that they give you cash instead of purchasing medical insurances that you are already covered for, do bear in mind that GSH is only one type of insurance that your company may have bought for it’s employees.

Other plans that do not overlap with your ISP would include coverage for GP visits (yes, this is the one that you would need when you require an MC), dental insurance and maybe even group term and accident insurance. These insurances are unlikely to be an overlap with what you already have, so they are far from useless. You may like to pay a visit to your HR department on the extent of coverage that your company has already bought.

A blanket statement to say that GHS is not useful would be inaccurate on our part. For starters, companies that have a high ratio of foreign talents would find GHS important, since foreigners are not automatically covered under Medishield Life. Similarly, prior to the nationwide implementation of Medishield Life, there may also be people who are not covered and who may need to rely on GHS.

Our point in this article isn’t to judge whether GHS is a good or bad plan for companies. Rather, it is to drive home the point that insurance companies and HR personnel should constantly review the group policies that they have so as to continue staying relevant during changing times, and avoid providing insurance that may overlap with what their employees already have.

Do you agree with us that some companies can do away with GHS and to instead give the savings to their employees instead to subsidies their own health insurance? Share your thoughts with us on Facebook. Or drop us an email if you have any private stories that you would like to share with us.

For A Limited Time, Experience Comprehensive Financial Planning At No Cost

MoneyOwl, Singapore's first financial adviser that combines the best of human wisdom with technology has just launched their Comprehensive Financial Planning service. After setting your life goals and current financial situation from the comfort of your home, you'll receive a detailed, human-curated report of your financial health, as well receive a complimentary consultation with a salaried MoneyOwl adviser.

Learn more about MoneyOwl's Comprehensive Financial Planning and try the service out for free, thanks to their limited-time launch promotion.

Guide To Using OCBC STACK Rewards – Is This Loyalty Programme A Worth Joining And Using?

Know Your Rights: Here’s What You Can Do If Your Company Withholds Or Pays Your Salary Late

Taking A Part-Time Job Or Internship While Studying? Here’s What You Should Consider

Unity, Resilience, Solidarity Budget 2020: Here’s How Much S’pore Households Will Be Getting (And When) To Help Tide Through The COVID-19 Crisis

COVID-19 Circuit Breaker: 5 Hardest-Hit Group Of Workers Due To The Latest Containment Measures

Planning To Send Staff On No-Pay Leave? Here’s What Companies Need To Consider

Self-Employed Person Income Relief Scheme: Are You Eligible To Receive $1000 A Month For 9 Months?

Five Singaporean Mentalities That Would Cost You Money
How Does An Early Stage Critical Illness Plan Work?