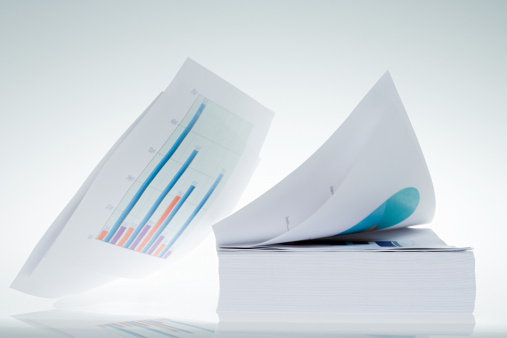 In investments, we are able to measure the return as long as we can quantify it. As investors, or for some speculators, we are always concerned with what we are getting in return after we have made up our mind on where to invest/speculate. This speaks for long-term investors as well because ultimately, we want to know how much we have gained or lost throughout our entire investment period that is the Rate of Return.

In this article, we am going to touch on the few types of Returns that we use to calculate investment returns.

The first measure of return is the Return on Investment, which is specified over a period of time, say one year. It is expressed in percentage terms and is usually based on the initial capital invested so we do not take into account re-investment of dividends and do not allow the compounding of interest to take effect. In layman terms, it is simply the absolute return.

Now, is the return a fair and realistic one? Let me illustrate another example.

Consider the same investment just that the share price went up to $1.20 after 1 month. What would be the return given the same transaction fees? It would still be 19.5% isn’t it? It doesn’t matter if we make $1950 in one month or in a year, the return is still the same. In using Return on Investment, we fail to recognize the timeframe of our investment. It can be very misleading due to the very simplistic form of the calculation. Coming back to the question of whether is it a fair investment, it isn’t. What constitutes a fair investment then? It’s when we take into account the timeframe of the investment period. This leads us to the second measure of Return.

We know that the financial period of any company is one year so it is sensible for us to express our return on a yearly basis, doesn’t matter if we hold on to the investment for 3 months or even for a day. In my humble opinion, the annualized return is a standardized way of calculating returns. Fund management companies produce the result of their funds in an annualized form of return. It gives investors a better perspective of the performance of the fund.

This is how it works. (It helps to have a financial calculator with you.)

Using the same example as above. 10000 shares of ABC Corp were bought at a price of $1. The total value of the portfolio consisting shares of ABC is worth $10,000.

One month later, the share price of ABC Corp is worth $1.20. The total value of the portfolio consisting shares of ABC is now worth $12,000. A profit of $2000 is made. Considering the transaction fees amounting to $50. The Net Return would be $1950. Rate of return is 19.5% a year supposedly. But I only hold the shares for one month, how do I get the annualized return?

This equates to an annualized return of 748%. It may seem like a huge return but this is a fair return as it takes into account the timeframe of the investment period. Is it a good return? I would say it is considering S&P 500 index returned an average of 14.91% on average from 1990-2000 but one has to take into account the implications of the formula. The larger the ‘N’ is, the lower the return will be. This means that if the investor were to extend the holding period to a year, the return will decrease, given the same share price throughout the year. Nonetheless, it is a fair measure to determine the annualized return on a particular stock or a portfolio on any given day. If one were able to achieve this return consistently, not withstanding that it is only one share, the investor would have beaten the market if he/she were able to replicate the portfolio throughout the year. And if this was the only investment decision one were to make in the year, the annualized return would fall to 19.5% again.

The next measure of return has a relation to what I did earlier when I compared the stock return to the S&P 500 index. Relative return means that we are benchmarking our own investments against an equal-measurable term, usually a stock index. We often read this in the papers or in books whereby a certain fund manager managed to beat the stock index by a certain percentage.

Let me illustrate another example. Suppose a fund name ABC returned -2% while S&P500 Index returned -5%. The Relative Return is a positive 3%. Even though both are in the reds, ABC fund still performed better than the index.

These forms of returns can be found in the fund factsheets from Fundsupermart. A good explanation of what these returns are can be found here along with help on reading a fund’s factsheet.

There you have it. Hope it does add knowledge to your investment literacy. You’re welcome! If you think it helped you, do Like it, Share it, or drop us a comment!

Feature: The Power of Investing
How you can buy a stake in booming Singapore