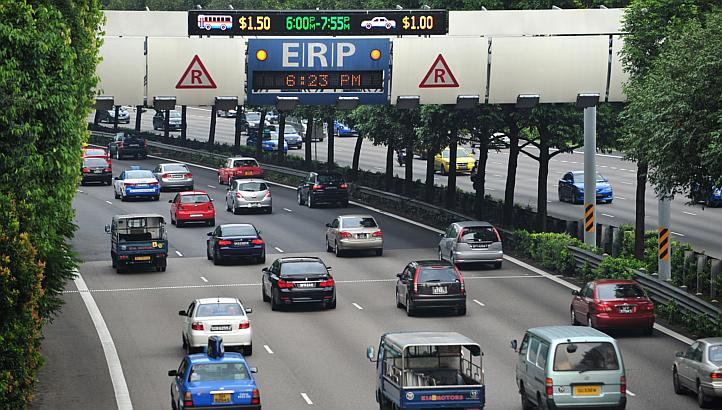 We always hear the Singapore government claiming that the COE system that regulates the number of cars in Singapore is good because it takes away money from wealthy people who want to drive a car in Singapore in the form of a quota license that is required for owning and driving a car.

This quota license is managed at the sole discretion of the government. The government has full control on the supply side of COEs. Hence contrary to the popular claim, COE prices are NOT market driven.

The common perceptions are that COE is good because it increases the tax revenue of the country by taxing the rich.

This is a misconception. Anywhere in the world, the rich are taxed more. This is equivalent to saying property tax is good because the rich pays more. Or that having estate tax in Singapore is good, because the rich leaves more inheritance when they pass on. It is redundant. Politicians need to move on from it.

How the middle income are subsidizing COEs?

To understand this, we first need to look at how the COE system works. All bidders submit their bid for the various COE categories. Assuming there are 500 COEs are for grab, these COEs will go to the top 500 bidders.

Here is a simple illustration.

Why should this matter? It matters because it seems that the government is not maximizing their tax revenue. This leads to two scenarios.

One possibility is that getting people to pay for what they bid will not increase total revenue because people will bid more prudently. For example, the Ferrari owner may not be keen to bid $200,000 anymore and may revise it to $150,000 instead.

Let’s assume that there are 100 such owners willing to pay more than the “market price” for their supercars COE.

In our illustration, we assume the government is indifferent between the two schemes because total revenue does not increase. In this case, the middle class, who still can afford a car, end up paying $50,000 for their COE, as compared to $70,000.

This shows how the middle class is subsidizing the COEs of the rich.

Most people (ourselves included) will argue that a “pay-what-you-bid” system will increase total revenue for the government.

Here is an illustration of what could happen. We assume that the rich continue to bid $150,000 for their COE while the middle class reverts back to the current $70,000.

What this shows is that a “pay-what-you-bid” system could increase revenue by $8 million. This is revenue that the country loses out on based on the current system.

To us, that equates into shortchanging the poor.

Our article is not intended to discriminate against the rich by putting forward some populist view. Rather, we are advocating that people should be paying for what they have already committed to bidding. Nobody gets shortchanged in anyway. Either COE prices soften a little, or the government collects more revenue. It’s a win-win.

The COE system was conceptualized in 1990. As with all systems, we expect changes to improve them. We think the current system is broken in many ways.

Yet, it appears that the government is unwilling to make changes to the COE system, aside from constantly reducing the vehicle growth rate, despite the massive influx of immigrants over the past 10 years. Contrast this to the constant changes being made on an annual basis to the CPF system.

COE has provided one of the fastest revenue-generating streams for the government over the past 7 years. In 2008, COE revenue was at $367 million, in 2014, it is expected to be at $2.9 billion, increasing more than 8 times since 2008. Perhaps the government is reluctant to rock the boat on a policy that has proved lucrative over the past years.

Why Are Companies Like NuffNang So Complicated?
Scammed In Singapore: How Credit Card Companies Are Cheating You