Editorial: Three Things About COE That Is Broken (And Need Fixing) 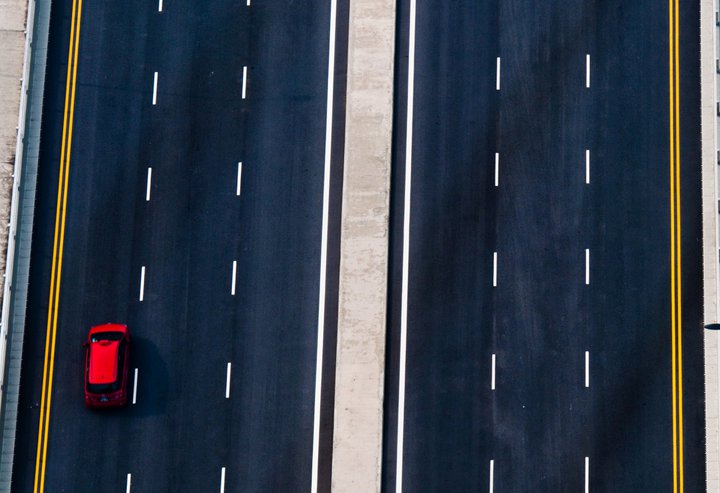 We at DollarsAndSense.sg respectfully but completely disagree with the minister about the COE system in Singapore. In this editorial, we show how the COE system that does not make sense and is broken .  We think that it needs to be fixed right now, or even years ago for that matter.

First let us make it clear. The words ‘car’ and ‘investment’ should never be mentioned in the same sentence, at least not in Singapore, and almost never anywhere else. Buying a car in Singapore is an absolute luxury especially based on the current Certificate of Entitlement (COE) prices. It is no different from buying a spa package or taking a dream trip to Europe, except that you multiple the cost by about 50 times.

As such the following article is not going to make you richer since it is not going to be an article on how to invest, but we hope that our breakdown on the flaws of the current system will allow you to better understand some of the concepts that the COE system has – and why some of these concepts are simply not logical, at least in our opinion.

As always, what we write about is strictly our own opinion. We are open to any opposing views should readers disagree and we definitely welcome the Ministry of Transport feedback or clarification on any matters that we raise.

Without further ado, lets get down to the things about the COE that don’t make sense.

Illogical Concept Number 1 – Why are you able to borrow money from the bank to pay for the COE?

Is the COE a form of tax? If the COE is indeed a form of tax imposed by the Government to control the amount of cars on the road, then why should car buyers be able to add the cost of the COE to the existing car price and then to obtain financing from institutes based on the combined price?

We do not think it make sense that one is able to borrow money from a financial institute (pay interest on money borrowed) so as to fund a tax imposed on the purchased item. Using the example of the buyer stamp duty that has been imposed on property buyers. It is an additional cost that is to be paid upfront and IRAS has made it very clear that the buyer has to consciously consider and set aside the sum before purchase of the property. You are not allowed to simply add the buyer stamp duty to the purchase price of the property and then subsequently get a bank loan based on the combined price of both.

Why should this be any different for the COE? Is it because the government is worried that by not allowing the COE price to be paid via a loan that the price of COE will drop drastically (since it will be purely an upfront cost) and hence the subsequent decline in tax revenue? Are they not for that matter then artifically controlling the price despite their insistence that the price for COE is market driven?

We suggest for the COE to be treated similarily to the stamp duty tax implemented for property, which is that it has to be an additional upfront cost and not incorporated into the price of the car.

Illogical Concept Number 2 – Why do COE buyers get their pro rated COE value back when giving up their car?

This is likely to annoy the Ferrari buyers who are on $100,000 COE and who are likely to change their car (or cars) after 3 years. Essentially the current COE system works such that should you decide to give up your car before the COE expires, the remaining residual value of the COE would be refunded back to you. For example, if the cost of my COE is $100,000 and I used the car for 5 years, I will receive back $50,000 should I decide to give up my car.

This policy would work fairly all right should the price of COE remain generally constant or at the very least predictable over the years. But as we all know very well by now, COE prices prone to large variance (at least based on the current system). Should the COE price drop to $10,000 5 years after I have purchased my $100,000 COE, the following situation will arise.

Essentially the Government would be paying car owners $40,000 for them to get a new 10 year old COE. Something is wrong somewhere when such a thing could potentially occur.

Our alternate suggestion instead (put us in for the national conversation!) is that the Government should not provide the refund to buyers should they give up their car but instead allow them to transfer the current COE to a different car. This mean that the Ferrari drivers will not be “rewarded” should the COE price drop but will also not be penalised, as they would not lose their entire COE value upon changing car. The Ferrari drivers paid for the ‘rights’ to drive one car for 10 years and that exactly is how it should be – no penalty for buying a new car, no rewards either.

Illogical Concept Number 3 – Why is the COE system still being categorise based on Car Engine CC today?

To simplify the dicussion, I will just compare two categories, Category A – For Cars 1600CC and below and Category B – For cars above 1600CC. The initial idea for this segmentation is to ensure that buyers who are purchasing luxury cars are not competiting for the same COEs as buyers who are purchasing budget cars. This is necessary as buyers of luxury cars are wealthier and as such can afford to pay more for COEs compared to their counterparts who are going for more affordable cars. The segmentation essentially is to prevent the BMW and Mercedes buyers to be going after the sames COEs as the Toyota and Hyundai buyers.

The problem of this is that the days of more expensive continental cars definitely having higher than 1600CC is long gone already yet the policy continues to remain unchanged. To phrase it bluntly, the Ministry of Transport still believes that the current segmentation method is still relevant. In our opinion, this is no longer the case. Not when you have Volkswagen Scirocco at 1400CC, Mercedes C class and BMW 3 Series at 1600CC all competing in the same category as the Toyotas and Hyundais of the world. Heck you even have a car, the Volvo S60 that was driven by Robert Pattinson in the twilight series, below 1600CC. I mean common sense will tell you that a car driven by one of the coolest vampire of all time should never be in the same COE category as a Proton Saga.

It is because of the continuous insistence that the current COE segmentation still works that we have what happenend in the last COE exercise whereby the prices of COE under 1600CC was signifcantly higher than the COE for cars above 1600CC. Let me ask you, does it make sense that a Lamborghini Aventador driven by Batman himself has a cheaper COE than a Toyota Vios?

If Christiano Ronaldo was a Singaporean, he would have paid less for his Lamborghini Aventador (also driven by Batman) COE in the last bidding exercise as compared to a Toyoya Vios buyer.

The solution to this existing problem is something that was previously suggested and published on Today (before the most COE results were announced) – http://www.todayonline.com/voices/tweak-coes-ensure-prudence. Essentially the writer suggested that COE for cars should be segmented based on their Open Market Value (OMV) rather than based on Engine Capacity (CC). We agree with the writer and think it clearly makes more sense for a 3 Series buyer to be competiting with a 5 Series buyer rather than with a Vios.

Similar to the letter that was published on Today, good solutions to the current existing problems are being proposed to the Government. All they have to do is accept the fact that there is a problem and to make an effort to listen to these solutions.

Here at DollarsAndSense.sg, we believe in the “don’t fixed it if it aint broke” theory. The COE system is clearly not working and require some “fixing” and we would like to propose the changes as what we have stated in our article. If you agree with our proposed solutions, please do share it with your friends and perhaps the Ministry of Transport may start to take notice if enough people advocate for these changes.

As always do drop us a comment as we always enjoy hearing from our readers about their views on the topics that we discuss about.