How do the changes in TOTO affect your winnings? 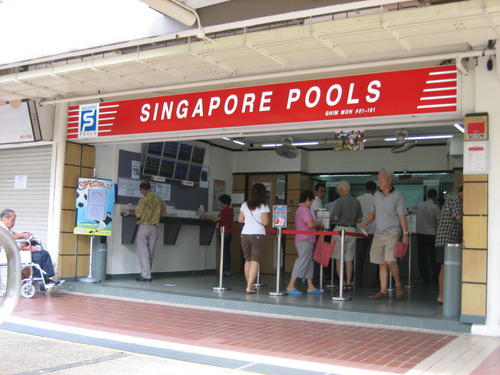 Singapore Pools has recently altered the structure of our local lottery system, more fondly known as “Toto”. Now, how does that affect your chances of winning? More importantly, should you still be betting in light of the new changes?

The following are changes made to one of Singaporeans’ favourite lottery bets.

1. Select a combination of 6 winning numbers from 49 numbers, up from the previous 45 numbers

2. The prize pool has increased to at least S$1 million per draw, up from the previous minimum of S$500,000

3. The cost on each betting type has DOUBLED, with a minimum bet of S$1

4. Addition of new winning combination of 3 numbers, with a winning prize of S$10.

Do the changes sound more appealing for you to bet on Toto? It would seem fair for Singapore Pools to be doubling the cost of each betting type, and increasing the total number by 4, as they have now doubled the prize pool to a lucrative S$1 million.  There is also an additional prize category of S$10 for a winning combination of 3 numbers.

Now let us add in some simple probability and statistical inputs to see how the new Toto system has affected your probability of winnings in comparison to the previous system.

Despite the lower winnings payout of S$500,000 provided by the old system, the sum of expected winnings from Toto used to be 2.46x higher than that of the new system. Why should punters be paying twice the amount for a system that is paying them so much lesser? Furthermore, you might need to share your winnings if there are more winners from the same category.

What Does This Mean For Frequent Punters?

By doubling the prize pool, it may appear that Toto has become more lucrative. However, that cannot be further from the truth. Singapore Pools has made significant changes to the probability of winnings by increasing the total amount of numbers to 49. They have also lowered the payout in some categories as well. In a nutshell, what that means is that Toto punters now have a much slimmer chance of winning despite paying a higher cost to purchase this glimpse of hope.

If you still feel that you are willing to part with the S$1, or more, to buy a hope which is relatively smaller than before, it remains your choice. However, we thought that it is only fair for us to point out the differences and how you stand to lose more, rather than gain, in this new system.

Why LTA Should Have Sanction SMRT For Exploitation Of “Public Goods”
Is Apple merely a follower of its competitors now?