Complete Guide To Buying A 3Gen HDB Flat In Singapore

Living under one roof with a 3Gen HDB flat 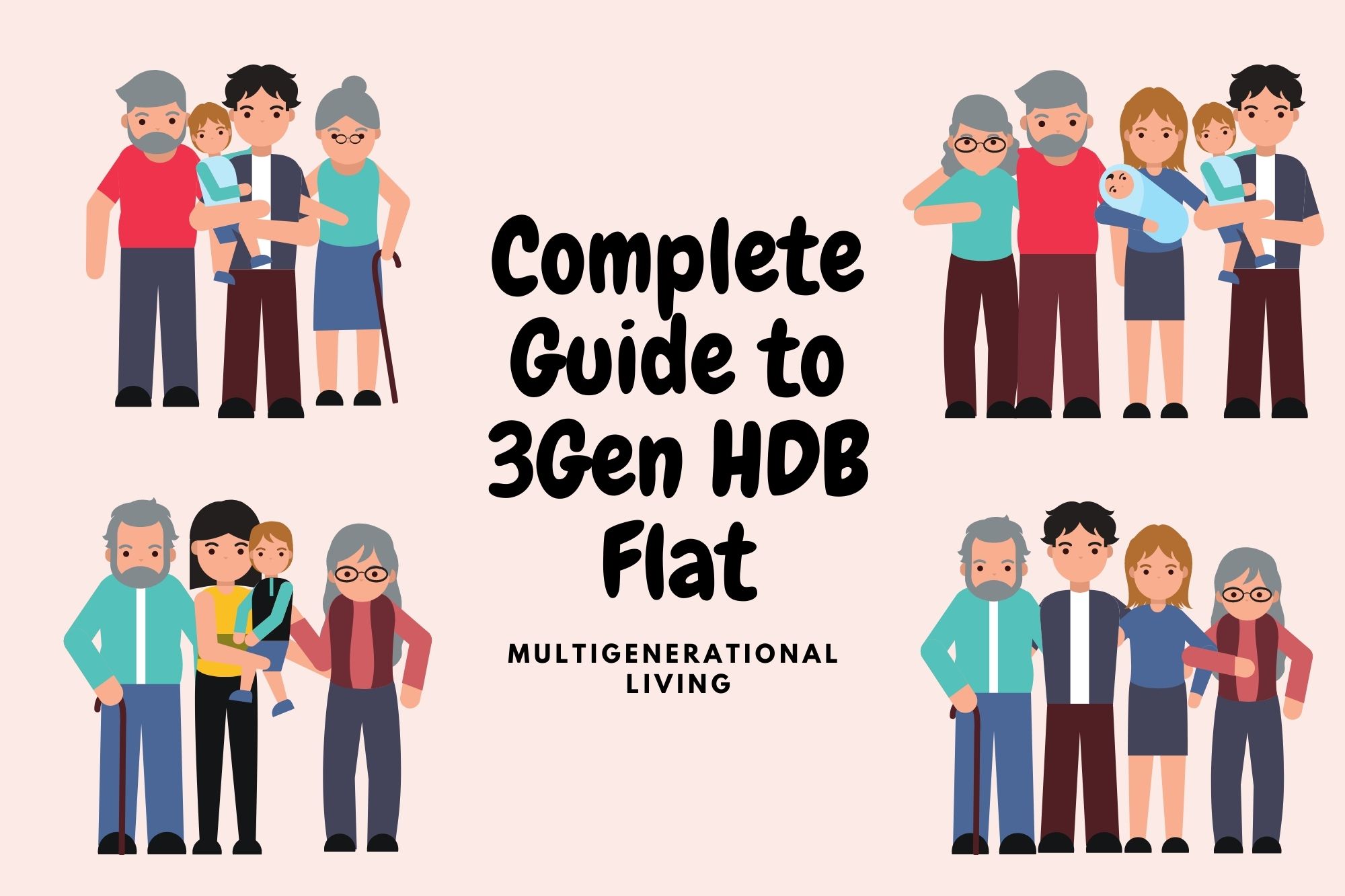 The family unit has changed over the years from multiple generations living under one roof in the same enclave or kampung to married couples forming their own family nucleus. Yet, there are joys and advantages of multigenerational living in one household as the circuit breaker in April 2020 illustrated to us when households are isolated and people can only interact with their household members.

Introduced in 2013, Three-Generation (3Gen) flats are one of the larger BTO flats offered by HDB today. 3Gen flats are specifically designed for multi-generation families who wish to live together with two bedrooms with attached bathrooms to accommodate both parents and grandparents.  According to MND, about seven in ten 3Gen units have been booked since its introduction.

If you are considering living with your parents while starting a family of your own, here is what you need to know before buying a 3Gen HDB flat in Singapore.

Read Also: How Much Can You Save By Opting For A BTO Flat Over A Resale Flat

What Are 3Gen HDB Flats?

3Gen HDB flats are about 115 square metres, 5 square metres larger than a 5-room BTO flat. However, they are not the largest BTO option offered by HDB – that would be the Executive flat at 130 square metres. Instead, the defining feature of 3Gen flats is the 4 bedrooms of which 2 have attached bathrooms. Essentially, 3Gen flats have 2 master bedrooms for the married couple and one set of grandparents.

This is different from the older multigenerational flats offered in the 1980s which comprised a 4-room or 5-room flat with an adjoining studio apartment that had a separate entrance.

Read Also: 5 Types of HDB Flats That Are No Longer Being Built In Singapore

In general, 3Gen flats are undersubscribed in a BTO launch. Only seven of ten 3Gen units have been booked since their launch as of 2019. This means that your chance of booking a 3Gen flat is much higher than any other flat type in a BTO launch.

Read Also: Here’s What Happens When You Give Up Your HDB BTO Queue Number

Similar to other married couples, couples who apply for 3Gen flats with their parent(s) are eligible for the same first-timer benefits and housing grants including the Enhanced Housing Grant and the Proximity Housing Grant.

To ensure that 3Gen flats are used for their intended purpose of multigenerational living, HDB has imposed strict criteria on the purchase of 3Gen flats.

According to HDB, a multi-generation family comprises a married or engaged couple and their parent(s) or a widow/widower/divorcee with children under their legal custody, care, and control and their parent(s). At least one parent must be a Singapore Citizen or Singapore Permanent Resident (SPR), while the couple must be eligible to buy a BTO flat in their own right under the Public Scheme or Fiancé/Fiancée Scheme

Secondly, your parent(s) must be listed as essential occupier(s). This means that your parents cannot own any other residential property, HDB, or private. They are also tied to the same 5-year Minimum Occupancy Period (MOP).

Read Also: Who Is An Essential Occupier Of An HDB Flat And When Is It Necessary To Have One?

The incomes of your parents (if working) are included in the computation of household income. To accommodate the additional potential income, the household income ceiling for 3Gen flats is raised to $21,000, instead of the $14,000 for a typical 4-room or larger flat.

Additionally, to deter people from purchasing 3Gen flats for investment purposes, HDB has restricted the renting out conditions for 3Gen flats. 3Gen flat owners cannot rent out individual rooms or the whole unit during the MOP of 5 years, unlike for other 3-room or larger flats where individual rooms may be rented out.

Read Also: HDB Homeowners’ Guide To Renting Out Your Flat For Additional Income

All in all, the restrictions on 3Gen flats are to ensure that those who purchase them are genuine about living together under the same roof.

3Gen Flats Come With The Benefits And Pitfalls Of Multigenerational Living

Given the restrictions, 3Gen flats still benefit from having a lower cost quantum for equivalent unit size and offer a distinct advantage in space layout with 2 master bedrooms with attached bathrooms. The less tangible benefits would also include economies of scale of staying together such as shared utilities and shared caretaking of elderly parents or young children. This may be attractive to families who benefit from the proximity to ease the caretaking needs of elderly or young children.

However, while your parents may have their own bedroom suite, unlike granny flats or multigeneration flats with separated entrances, the communal areas and egress are still shared. In cases of family friction, such close contact may turn from an advantage to a disadvantage.

That said, multigenerational living may become more important as we realise how our households are isolated from each other during circuit breaker and the safe distancing measures imposed due to COVID-19.

Read Also: What Are HDB Jumbo Flats And How You Can Own One?