Disney Plus, Netflix, Amazon Prime, HBO Go Or Viu? Which Video Streaming Subscription Is Worth Paying For? 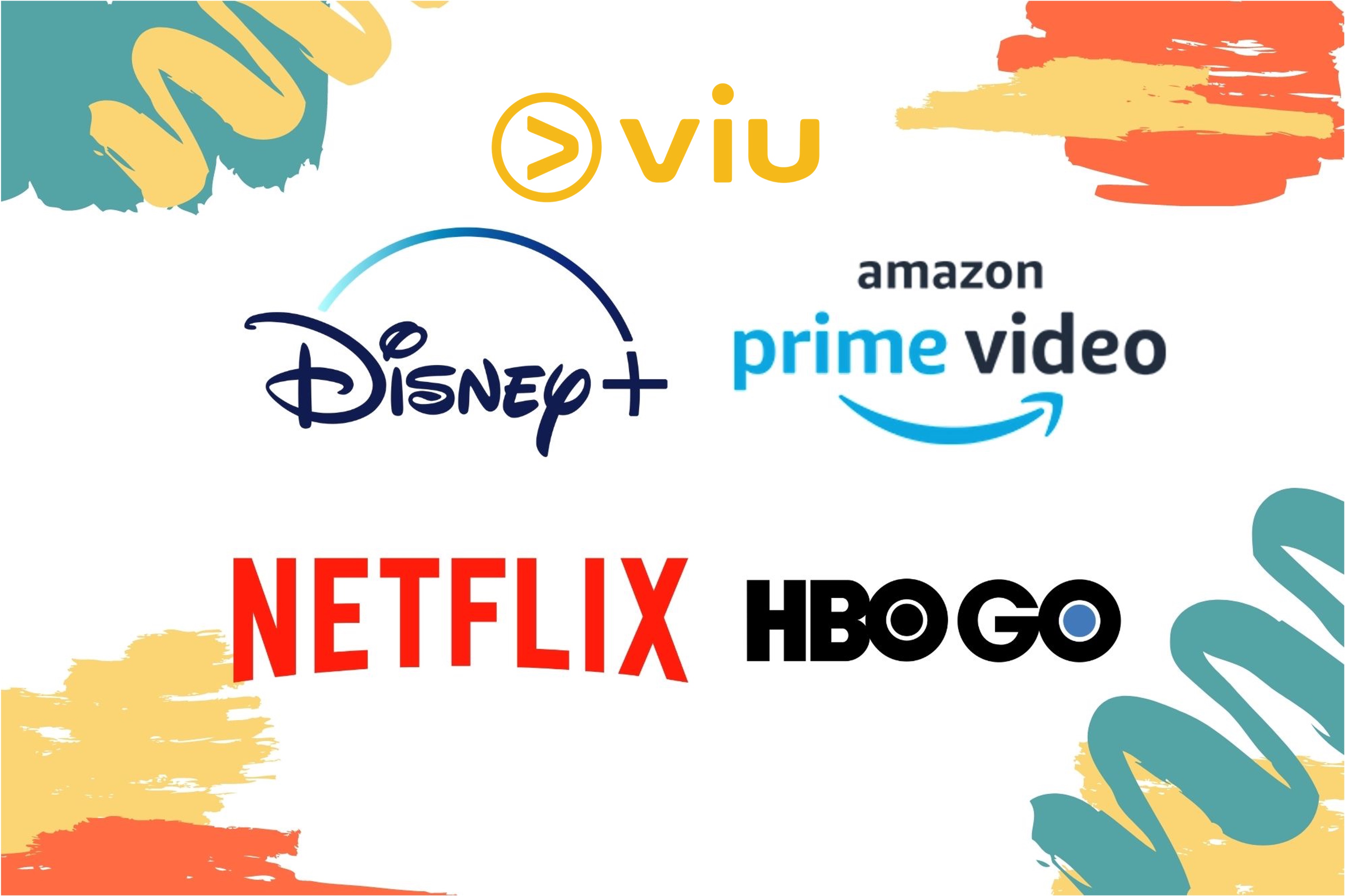 Video streaming services have become a popular choice amongst consumers seeking entertainment options. These streaming services allow consumers to choose and pay for the content that they wish to consume instead of the buffet of channels and high subscription rates that are associated with cable companies.

One of the streaming providers, Disney Plus. premiered over 25 pieces of new content and debuted exclusive clips and trailers from The Walt Disney Company’s world-class studios as part of its Disney Plus Day Celebration in November 2021.

Similar to Netflix, Disney Plus (Disney+) is a video streaming subscription service that was launched in the U.S. on 12 November 2019. While Disney is known for kids-friendly movies such as Frozen, Toy Story and High School Musical (for anyone growing up as Zac Efron fan), not everyone may realise that Disney also owns popular brands such as Lucas Film (Star Wars) and Marvel (Avengers, Iron Man).

How Much Will Disney Plus (Disney+) Cost In Singapore?

Disney Plus (Disney+) will cost $11.98 a month or $119.98 a year ($10 per month) in Singapore and provide you with access to over 500 movies and 15,000 episodes of content from Disney. The subscription will offer up to four concurrent streams with unlimited downloads of content on up to 10 devices and seven different user profiles with personalised recommendations, including Kids Profiles for age-appropriate content.

Having signed up for Disney Plus since its launch in February 2021, here are some thoughts I have as a paying subscriber.

The amount of popular brands that Disney owns makes Disney Plus exceptionally enticing. If like me you have young kids, all the Disney cartoons that you can expect your kids to enjoy watching are now available anytime on-demand. These include Mickey Mouse, Frozen 1 & 2, and a never-ending list of princess movies and series. The good thing about Disney + is that you can assign Kids Profile to the profile that your kids use for watching to ensure that they only watch content that is appropriate for them.

The Star Wars collection is huge. Besides all the Star Wars canonical movies (11 in total currently), the TV series are all available as well. These include The Clone War, Rebel, The Mandalorian, and The Bad Batch. The problem is that most die-hard Star Wars fans are likely to have watched the older movies and series so the question is whether Disney can produce sufficient new Star Wars shows quickly enough to get consumers to stay subscribed.

The Marvel shows are possibly the can’t-miss series. Thus far, Marvel has launched several Disney+ only series, such as WandaVision, The Falcon and the Winter Soldier, Loki, Hawkeye and Moon Knight.

After all, there are only so many videos a working adult or a school-going child should watch in one month right?

However, price isn’t everything. After all, the most important part of a video streaming subscription service is whether they offer the shows that you want to watch. From the table above, we can see that Amazon Prime is by far the cheapest with their current price of $2.99. For the other four, monthly subscription fees range from about $8 (Viu) to more than $20 (Netflix), depending on which subscription type you opt for.

Being a dominant player in this space, Netflix owns a huge catalogue of content. It distributes plenty of good shows, such as Billions and Breaking Bad, which are produced by TV networks. They also have an excellent track record of producing their own original TV series and movies such as Squid Game, All Of Us Are Dead, Money Heist, and Stranger Things that you can’t watch anywhere else. Squid Game, in particular, became a global phenomenon and garnered 1.65 billion hours of viewing across the world.

If you are a fan of binge-watching, we think it’s going to be hard to give up on Netflix, even if you have other video streaming subscriptions that you have signed up with.

Read Also: How Much Does Netflix Subscription Costs Around The World?

Amazon Prime is currently offering a price of $2.99. In terms of content, Amazon Prime Video offers significantly fewer shows compared to Netflix and the other players mentioned in this article.

That said, Amazon Prime Video comes bundled with other Amazon Prime services such as free one-day domestic delivery service, so the Amazon Prime Video can be seen as an add-on rather than what you are solely paying for. At $2.99 per month (for now), Amazon Prime is worth subscribing to if you are a frequent Amazon shopper, even if you don’t watch their shows regularly.

Read Also: Amazon Prime Costs S$2.99 A Month. Here Are 4 Perks You Enjoy And How Much You Can Save

HBO Go is the primary option to turn to if you somehow have not watched Game of Throne yet, and want to do it legally. In addition, if you hold memories of growing up with the Harry Potter series, you would be interested to catch their 20th Anniversary: Return to Hogwarts edition on HBO Go. It’s also a great place to turn to if you wish to watch shows like Band of Brothers, Sex and the City, and True Detective.

Viu is pretty much a must if you are a huge fan of Korean-drama (K-drama). Viu allows you to watch K-drama (with subtitles of course!) like Penthouse and Descendants of the Sun. Among the video streaming platforms on this list, Viu is also the only one that offers a free version that provides limited access to content and lower resolutions. So, it makes sense to start with the free version first and to see if you enjoy watching the shows before opting for Viu Premium.

With Disney Plus, Singapore viewers are going to spoil for choices on which video stream subscription services they want to spend their money and time on. Disney Plus doesn’t offer a free trial so if you have lots of time on hand, it might make sense to subscribe to Disney + on the monthly plan and to quickly binge-watch all the shows that you want to watch (e.g. Moon Light, Loki, WandaVision, and The Falcon and the Winter Soldier).

The challenge for both HBO Go and Disney+ is that most of their top shows (e.g. Game of Throne and Star Wars) are TV series or movies that many of us may already have watched while growing up. So while offering instantly recognisable shows watched by millions of people can be seen as an advantage, you may not access as much content that you previously couldn’t watch on TV, cable, or at the movie theatres.

Disney Plus however is leveraging on the fact that it owns popular brands such as Marvel and Star Wars to produce original series such as Loki, WandaVision and Obi-Wan Kenobi. More impressively, they are getting some of the original Hollywood casts such as Ewan Mcgregor (Obi-Wan Kenobi) and Tom Hiddleston (Loki) to reprise their roles in the series. Even recent Hollywood blockbuster movies like Black Widow are shown on Disney Plus immediately after its theatrical screening. In other words, Disney is successfully leveraging the success of its movies on the big screen, and transforming them to subscribers for Disney Plus.

In contrast, Netflix’s original content is not available anywhere else unless you subscribe to Netflix. This puts them at an advantage because Netflix is always aggressively producing new content with some of these shows starring Hollywood A-listers.

This article was first published on 24 December 2020 and we have updated it to reflect the latest prices.