Are The Recent Benefits Being Received An Election Play Or Mere Coincidence?

Mere coincidence or an election play? 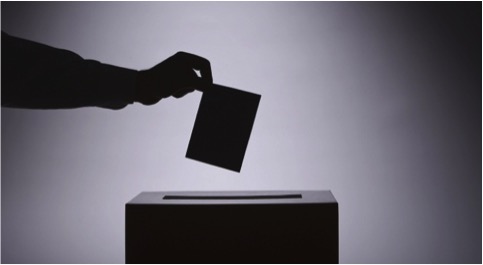 Over the past weeks, Singaporeans stood together as one people to celebrate the 50th birthday of Singapore as an independent nation. With the biggest National Day celebration to date over, the attention has now turned to the upcoming General Election (GE), which we dare say, is going to be a lot more important than all the SG50 celebrations put together.

If you have been active enough on social media, you would have noticed some articles hinting Singaporeans to “vote wisely”, and not be sway by the “benefits” that we have been receiving from the Government.

In this article, we will look into some of the recent benefits that Singaporeans have been receiving, and analyse (from our point of view) if these benefits are really an election play, or mere coincidence that some Singaporeans are being overly sensitive about.

By now, about 1.6 million Singaporeans would have enjoyed the benefits from the 2015 GST vouchers. Is this simply a coincidence, or what the netizens call “vote buying” from the ruling party?

A quick glance at the press releases from the Ministry of Finance will lead us to one simple conclusion. At the end of June in every year for the past 5 years, the Government has been making announcements without fail regarding the GST benefits that Singaporeans will be enjoying. The GST Vouchers this year merely follows the trend that has always been present. “Votes buying?” We will let you decide.

“Issue of affordability has always been a priority for the council when considering fare hikes”.

This was the statement that the chairman for the Public Transport Council said after the proposed fare increment was given the green light in January 2015.

Singaporeans were shocked to be met with a 3.2 percent rate hike earlier this year despite the significant fall in oil prices. In a previous article, we wrote that for public transport fare adjustments, the price of oil that is taken into consideration is the oil prices from 2013, rather than 2014. Hence, there was a raise in fare despite oil prices falling, since the oil prices only dropped in 2014.

Since then, we have looked forward to the following fare adjustment, with high hopes, that it will finally bring some justice to the commuters’ pocket. It came. Just not in the signficant way we expected.

Transport fares will be reduced by 1.9 percent from December. By comparison, oil prices have dropped by about 58%, from US$120 to US$50 per barrel last year.

When you factor in the lack of consistency in the timing that fares were being reviewed (remember, the recent hikes were only announced in January this year), and the recent devastating MRT breakdown, this does somewhat feels like too much of a coincidence in terms of timing, and a very hasty attempt of revision of the fare to please Singaporeans. In addition, the Transport Minister, Mr Lui Tuck Yew, appears to be the designated fall guy this time around.

On 1st November 2015, Singaporeans will automatically be enrolled into MediShield Life, which is a basic health insurance scheme to help cover all Singaporeans, even those with pre-existing illness. Simply put, better protection for life with premiums being paid using monies in the Medisave Account.

We personally see this as a positive use of monies in the Medisave, since it will benefit us in times of healthcare needs. On top of that, the government is also subsidising a huge portion of the premiums for the elderly.

Could this have been introduced at any other time instead of it being so closed to the likely election date? We can’t really say for sure. Whatever the case, it seems to be a better use for the monies in our Medisave.

Your Singapore, Your Vote

Regardless of whether these new policies were deliberarely being introduced at the appropriate time to Singaporeans or not, we think it is important to recall what has happenend over the past 5 years, and ask ourselves if we like the way this country is being run.