And why it is likely to continue sliding 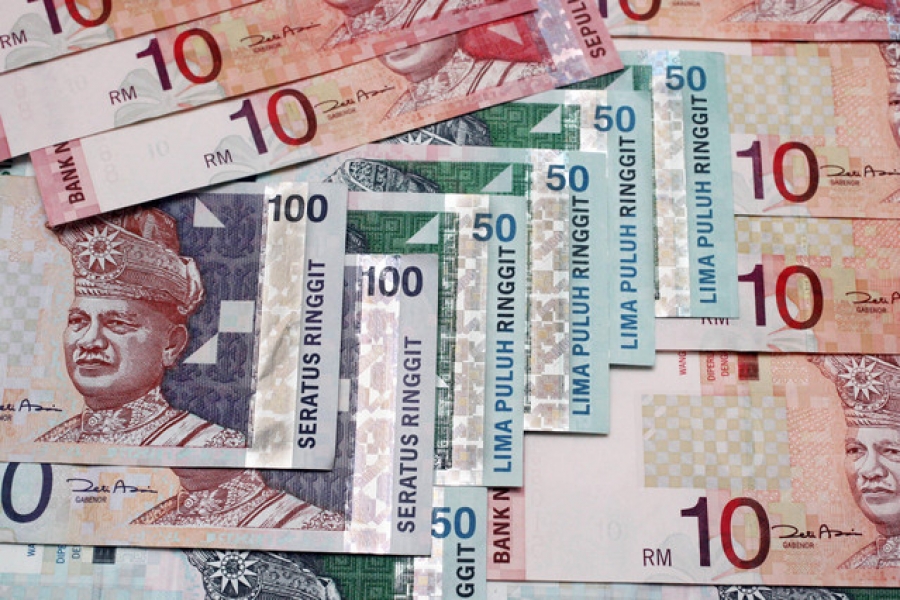 With the Malaysia Ringgit (RM) dipping to a record low of 2.91 against the Singapore Dollar (SGD), many reckoned that it is just a matter of time before it touches the significant level of 1 SGD to 3 RM. In fact, we wrote about this very same topic about 4 months ago, stating that there is no reason why the Ringgit will not continue to depreciate against the SGD.

Read Also: How The Depreciation Of The Ringgit Will Affect Singapore

In this article, we will look at 3 main reasons why the RM will continue to be punished. Don’t worry, we will kick out the technical jargons and explain it in simple layman terms.

1. Implementation of the Goods And Service Tax (GST)

With the GST of 6% being implemented in Malaysia earlier in April this year, some Malaysian households would have curbed their household spending due to the increase in prices. Upon the GST implementation, Malaysians went on to social media and even the streets to voice out their displeasure on this issue.

Malaysians will take some time to get used to the GST and in the long run, consumption may resume back to the usual level. In the meantime however, it is possible that there may be a temporary cut-back in private consumption which may potentially affect businesses and the economy.

What begin as a domestic graft affair has become an international hoo haa as the uncovering of the incident has gained traction all over the world. The Wall Street Journal reported on 3rd July that about US$700 million may have moved through government agencies and companies linked to debt-ridden 1Malaysia Development Bhd before (somehow) ending up in an account bearing the name of Malaysia Prime Minister Najib Razak.

As the Prime Minister grapples with allegations of financial irregularities at a state investment company, confidence of the Malaysian currency will definitely be affected. In fact, foreign funds (think big mutual funds and investment funds) are already pulling out of Malaysian, dumping about US$3 billion of the nation’s shares this year.

Oil prices have fallen sharply over the past year on the back of the increase in supply from the US and falling demand around the world, particularly China. The price of Brent crude oil has now slumped to a four-year low of US$48.77.

Future outlook of the Malaysian Ringgit

According to a set of data collected by Bloomberg, consumer confidence gauge is at the lowest since 2008, and measures of manufacturing wages and credit-card spending were weaker last quarter. A check on xe.com also indicates a clear trend where the RM has depreciated steadily against the SGD. 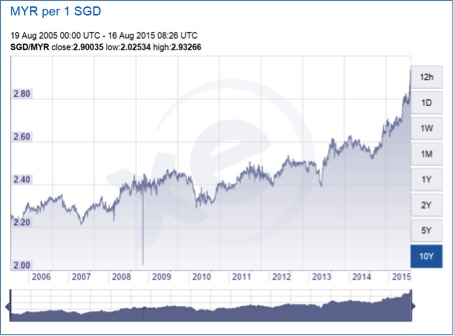 In our opinion, as long as the 3 causes mentioned above do not improve, the tide is unlikely to turn around for Malaysia. Consequently, even though we may see a slight rebound in the RM in the short term when it is nearing it’s key support level of 1 SGD to 3 RM, RM may continue to diverge apart from SGD in the long run.

Are The Recent Benefits Being Received An Election Play Or Mere Coincidence?
The Big Problem With Poverty In Singapore Is That It Is Actually A Symptom