There is more to it than just money 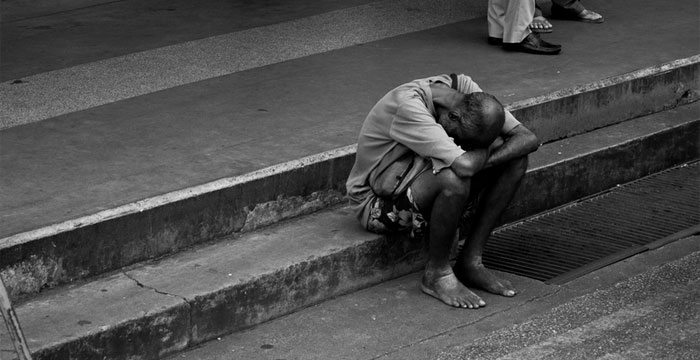 Let’s get straight to the point. Poverty does exist in Singapore. Saying that poverty doesn’t exist is like saying there are no bad drivers in Singapore. And we all know from our everyday experiences that there are definitely bad drivers out there, just like how we know poverty exists in our country, in spite of our government’s reluctance to include a poverty line.

Read Also: The Case For A Singapore Poverty Line

In our previous article, “The Case For A Singapore Poverty Line”, we highlighted the fact that having a poverty line does not equate into being a welfare state. People who claim this are simply trying to leverage on Singaporeans’ dislike for a welfare state to argue against a poverty line.

A fever is usually a symptom caused by some other illnesses. It is not the problem itself.

Likewise, a family living in poverty is usually in that situation not just because of financial reasons. There might be other complex issues that could be plaguing the family. These issues include gambling problems, drug addictions, marital issues, alcoholism, abusive parents, poor education or parents who are in prison.

Hall of Fame boxer Oscar De La Hoya battled alcohol and drug issues during the peak of his career, which later led to a period of infidelity and suicidal thoughts. Talented English Premier League footballer Joey Barton served time in prison, after having been brought up by what he calls a “violent upbringing” (Joey Barton’s brother is serving life in prison for murder).

Fortunately for these two individuals, they were able to pull themselves together and get their life and career back on track.

Helping Those In Need

Oscar De La Hoya and Joey Barton both share something in common. As professional athletes, both of them have the resources to get the support and help that they need. However, not everyone is as fortunate.

Helping an Oscar De La Hoya, who is rich enough to check himself in to a drug rehabilitation facility is one thing. Helping an individual, who have no job, no money and no support group, is an entirely different challenge.

It has to be recognized now that the point of helping people who are in poverty is not simply to give them money, and let them live their lives without any further support. Rather, the money is only a means to a (hopefully) better outcome. The root of the issue, be it drug abuse, gambling, alcohol or violence, has to be addressed.

A Holistic Approach Towards Supporting Those In Need

The Methodist Welfare Service (MWS) initiated a Getting-Out-Of-Debt (GOOD) Programme earlier in January this year. The programme, which has raised $3.07 million, aims to help 600 families clear chronic debt that has been burdening their families. Through this debt clearance programme, families are able to start on a fresh slate, which would hopefully help them build a better tomorrow for themselves and their children.

MWS takes a holistic 360° multi-programme approach towards helping its beneficiaries overcomes what it calls, complex challenges over the long term. This includes, casework counselling, befriending support and tutoring for thec children, in additional to the financial assistance provided.

The beneficiaries are also required to attend financial literacy talks that are provided by the Institute Of Financial Literacy, which is a joint collaboration between MoneySense and Singapore Poly.

The Union Taking A Position

Since then, the government have accepted the proposal of the Labour movement of Singapore to implement Progressive Wage Model to specific sectors. The three sectors that are currently involved are the cleaning sector, security sector and the landscape sector. Interestingly, these are the sectors that tend to attract the biggest percentage of low wage Singapore workers.

While Progressive Wages isn’t mandatory (yet) for all sectors, it suggests, at the very least, that there is a basic level of wages that is in place for employers to adhere to. The amount may not be much, and even, mocked at, by some in Singapore, but the truth is for those living in poverty, every single dollar matters.

Equality VS Equity In Education

We are not going to weigh in with our personal views on this whole recent debate about equality versus equity. We will let more educated elites from top schools debate on it.

However, what we will say is that similar to how we help those who need more financial assistance get themselves back on track, we don’t see why we shouldn’t do more to help the more needy children in our society gain access to better education. Not everyone has the money like Oscar De La Hoya to check himself into a rehab building when things are turning south.

Not everyone can afford to get into an “elite” school. So why not deliberately spend more money to make every neighbourhood school an “elite” one?

3 Reasons Why The Malaysia Ringgit Has Fallen To A Record Low
Singapore – Are We Really That Rich?