17 years after the launch of [email protected] River Peaks I & II is the first BTO project to be launched under the Prime Location Public Housing (PLH) model. Located right in the central area, along Kelantan Road and Weld, next to Jalan Besar MRT station and Sim Lim Tower, River Peaks is undoubtedly a prime location for BTO buyers to consider. This is the second time a Central area BTO has been offered; the first being the iconic [email protected]

Yet before you apply for this BTO with the hopes of a “lottery effect”, do note that the PLH model does impose new restrictions to encourage genuine home buyers instead of those who are hoping for a windfall.

#1 It Is Named For Its Location And Height

River Peaks I & II comprises two adjacent plots of land, along Rochor Canal, thus the inclusion of “I & II” in the name. Fun fact: this was the location of the former Sungei Road flea market or Thieves’ Market.

The project will have a total of 6 blocks, at a towering height of 47 stories. As the Jalan Besar area tends to have lower-rise buildings, River Peaks I & II is likely to be an iconic sight of the area, similar to how [email protected] stands out compared to lower-rise peers. 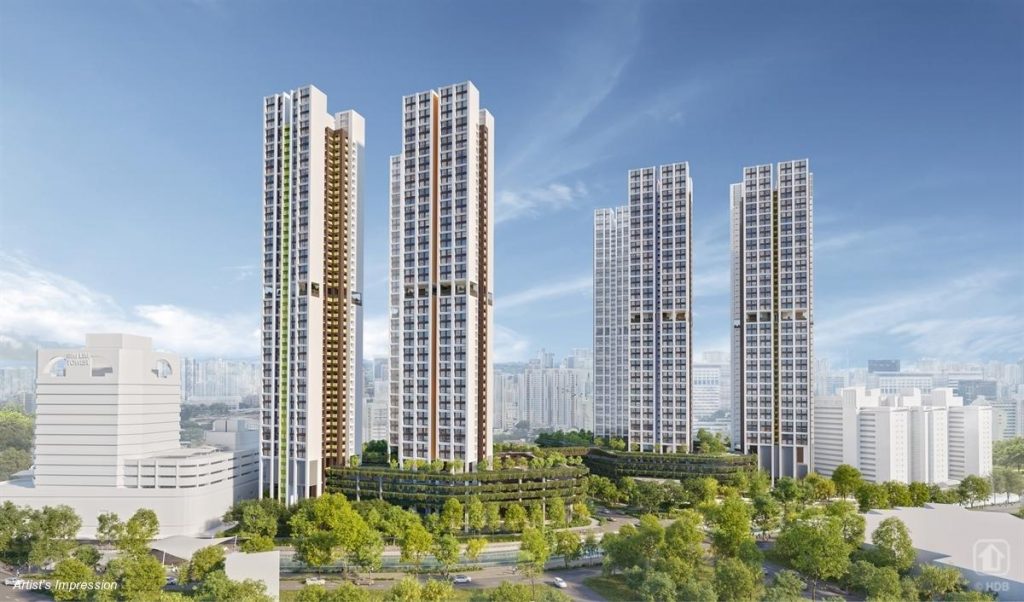 #2 Subsidy Recovery of 6% At Time Of Sale

According to HDB, the recently transacted prices in the area range around $490,000 to $555,000 for 3-room units and $630,000 to $770,000 for 4-room units. This implies that there is a generous subsidy given to River Peaks buyers, especially when considering the fact that these transacted prices would be for flats that have already seen significant lease decay.

To mitigate the windfall effect, under the PLH model, flats in prime locations will be subject to a subsidy recovery. For River Peaks I & II, this is set at 6% of the higher of either the resale price or valuation. The subsidy recovery will only be imposed at the time of sale, so buyers won’t have to worry about forking extra money during the purchase.

Given the expected high demand for prime locations and to allow more Singaporeans to have a fair chance at living in these locations, the priority quotas for flat allocation under MCPS is reduced.

This would allow more Singaporeans who don’t already have family members living near the area to also have an equal chance to live in these prime locations, thus enhancing inclusivity which is one of the key goals of the PLH model.

Buyers of River Peaks I & II would have to take note that they are subject to a longer 10-year Minimum Occupation Period (MOP) and tighter rental and resale conditions than regular BTO buyers.

On top of the long waiting time of 71 months or close to 6 years, owners of River Peaks will have to wait another 10 years to fulfil their MOP before they can sell their PLH BTO. This is a total of 16 years from the time they first purchase their flat.

Additionally, they would not be able to rent out their entire flat even after MOP, unlike non-PLH flats. They would be able to continue renting out spare rooms throughout and after MOP. However, with the flat sizes being on the smaller end, 63 sqm for the internal floor area for 3-room and 86 sqm for 4-room, this would be living in rather tight proximity to tenants which may not be for everyone.

Even after MOP, stricter resale conditions will continue to apply. Unlike other flats in the resale market, PLH flats can only be sold to households who meet the prevailing income ceiling (currently $14,000), comprises at least one Singapore Citizen applicant, form an eligible family nucleus and not own or have an interest in private property and have not disposed of any in the last 30 months. These restrictions would rule out singles, Permanent Resident-only households, as well as families who are planning to downgrade from private property and immediately move in.

#4 Integrated Development With Supermarket, F&B And Other Facilities

In a way, it is a self-contained neighbourhood where you can have all your daily convenience within the estate. However, it would be a shame to not venture out of the immediate boundaries to the general Jalan Besar area where retail and F&B options are plenty.

One feature that River Peaks I & II has over many other BTO projects is its immediate proximity to the MRT. The Jalan Besar MRT station will be at the doorstep for residents. This is a feature that not even [email protected] can boast of, though some BTO projects in non-mature estates, such as the recently launched Kovan Wellspring, are also built in close proximity to MRT stations.

According to HDB, River Peaks I & II are envisioned as a green oasis at the canal’s edge. Sky terraces would be built on the 27th storey of each residential block while roof gardens will be created above the multi-storey car parks. Based on the artist impressions, this would create a luscious green space in the development.

The height of the sky terraces would likely be a great vantage point overlooking the area and is slated to be open to the public. However, it remains to be seen if this would be a boon or bane to residents. While the sky gardens at [email protected] are access-controlled, the sky gardens at Dawson SkyVille and SkyTerrace are freely accessible to the public and have incurred residents’ complaints especially during festivities when the public flock to these public places. 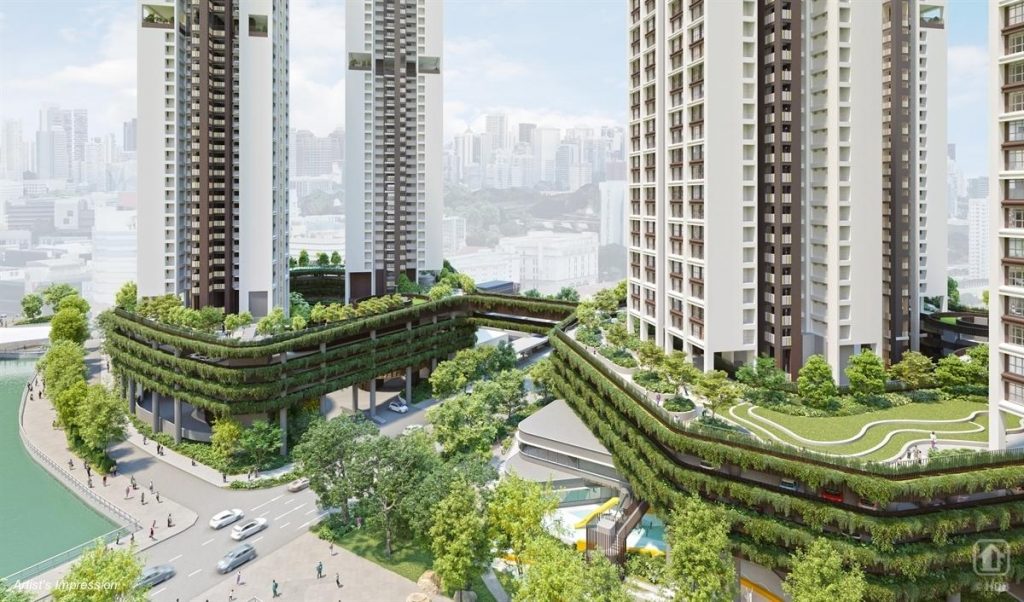 Prior to the BTO launch, the inclusion of public rental housing in PLH BTO was already announced. This is meant to keep public housing inclusive and diverse across Singapore, even in prime locations.

For River Peaks, 40 rental flats would be included in block 36A within River Peaks I.

Read Also:  Complete Guide To Renting A HDB Flat Via The Public Rental Scheme In Singapore