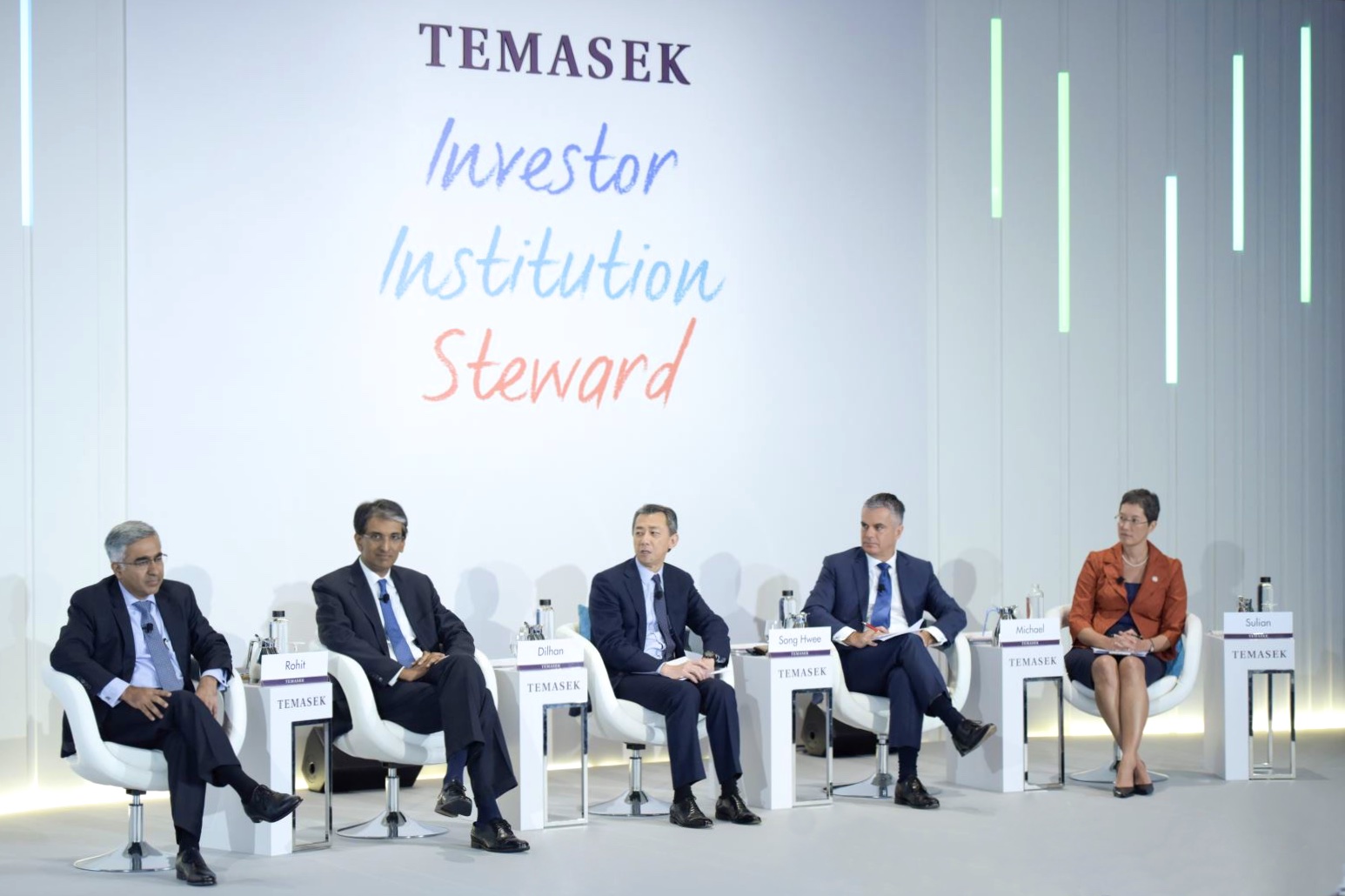 Temasek Holdings is an investment company owned by Singapore’s Ministry of Finance (MOF). It prides itself on being an active investor willing to hold companies it believes in for the long-term. While it has key differentiating factors from typical sovereign wealth funds (SWFs), it was ranked the 12th largest SWF in the world.

Many investors, like us, typically struggle to achieve a return of 6% per annum over a 20-year horizon. In fact, according to Dalbar’s Quantitative Analysis of Investors’ Behaviour (QAIB) 2016, retail investors typically received an annual return of as low as 0.51% or as high as 4.67%.

We look at some ways Temasek has gone about building its portfolio to learn how we can invest better. As a caveat, we may not be able to replicate Temasek’s portfolio, mainly because it holds close to 40% of it in private unlisted assets.

#1 Invest For The Long Term

Even though Temasek has suffered losses of up to 30% and gains of up to 43% in a single year during the past decade, by investing in companies it believes in over the long term, it has shown that it was still able to achieve stable long-term returns.

This is mainly because Temasek has always reiterated that it invests for the long-term. Doing this allows its portfolio to ride out any short-term volatility. Like everyone else, Temasek has had to manoeuvre through numerous financial crises along the way.

In the past 20 years alone, we have witnessed several major economic and financial crises as well as industry downturns. This includes the 2008 Global Finance Crisis, the 1999 Dot-com bubble, the 1997 Asian Financial Crisis in addition to the downturn in several commodity markets in recent times. These will not be the last crises that Temasek or ordinary investors like us will have to face.

By sticking to your long-term investing principles and making adjustments to your portfolio, you may be able to build a similarly strong portfolio able to ride out short-term market fluctuations.

#2 You Need To Rebalance Your Portfolio

There are several reasons you need to rebalance your portfolio and sell off companies that are no longer part of your long-term plans. During the year, Temasek divested Bharti Airtel, India’s largest mobile network operator. It also let go of its Neptune Orient Lines (NOL) stake when it was acquired by French shipping group CMA CGM as well as pared down its stakes in Alibaba and China Construction Bank.

On the flipside, it poured $16 billion back into investments. During the year, it increased its investments in Amazon, Singtel, PPG Industries, a US-based paint manufacturer, ZTO Express, a logistics provider and Ssangyong Cement, a South Korean cement manufacturing company.

This highlights the importance of reviewing your portfolio regularly to make new investments and sell off investments that are not in your plans any longer, those that you want to cash in on or those whose fundamentals have changed since you bought it.

Read Also: How Investors Can Now Trade SGX Stocks, Bonds And Unit Trusts As Well As Buy Insurance On The Same Platform

While Temasek is an active investor, investors like us, who aren’t as active, can also learn from this and make periodic adjustments to our portfolio.

#3 If You Know Better, It’s Ok To Take On More Exposure In A Certain Category

When Temasek rebalanced its portfolio, it also geared its new investments towards technology, life sciences, agribusiness, non-bank financial services, consumer and energy & resources. It has increased its exposure to these new segments to 24% this year from 8% last year.

Read Also: Can You Really Earn Higher Returns By Investing In Companies That Will Benefit From Economic Themes?

Temasek sees a bright future in these industry segments and in these companies. Of course, it has a team of extremely well-paid professionals to help it identify these segments and source these investments.

You can do the same thing with vastly less resources. You can look at what companies like Temasek and other Sovereign Wealth Funds are focusing on or you could look at the investment climate and determine which segments are likely to do well. If you know better, you can earn a better return by choosing to allocate a larger part of your portfolio in these segments.

During the year, Temasek divested $18 billion and only invest $16 billion. This means it is sitting on a net divestment of $2 billion this year, and this is considerably more if you factor in its dividend income of nearly $7 billion for the year.

This is the first time it has done so since 2009, when the world was grappling with a financial crisis. There may be many reasons for not investing. Temasek has come out and said that the reason it did not invest as much this year was because global valuations were getting stretched and that it was facing much more competition for private deals as well.

As mentioned in the previous point, Temasek received almost $7 billion in dividends during the year. This is almost 2.9% of its portfolio last year. And considering that close to 40% of its investments are in private entities, it is a decent amount.

Dividends can be used to fund new investments to continue compounding investment returns or to pay out to its shareholder, the MOF. For us, we can also plough back dividends to enjoy a compounding effect or to use in our daily lives, if we’re investing for that purpose.

Understand What You’re Investing For

Temasek is accumulating wealth for the MOF, which in turn will benefit Singapore in the long-term. Similarly, you have to accumulate wealth for yourself, which will benefit you in your retirement.

It’s important you know why you’re investing and how you’re investing. Even if you start off with relatively low knowledge base, you should constantly try to improve on it and become a better investor.

Read Also: 4 opportunities you miss out on when you only start investing in your 40s

Earning a few percentage points more each year or saving on costs and avoiding big mistakes can mean all the difference when you are accumulated wealth for the long-term.