The past matters for the future. 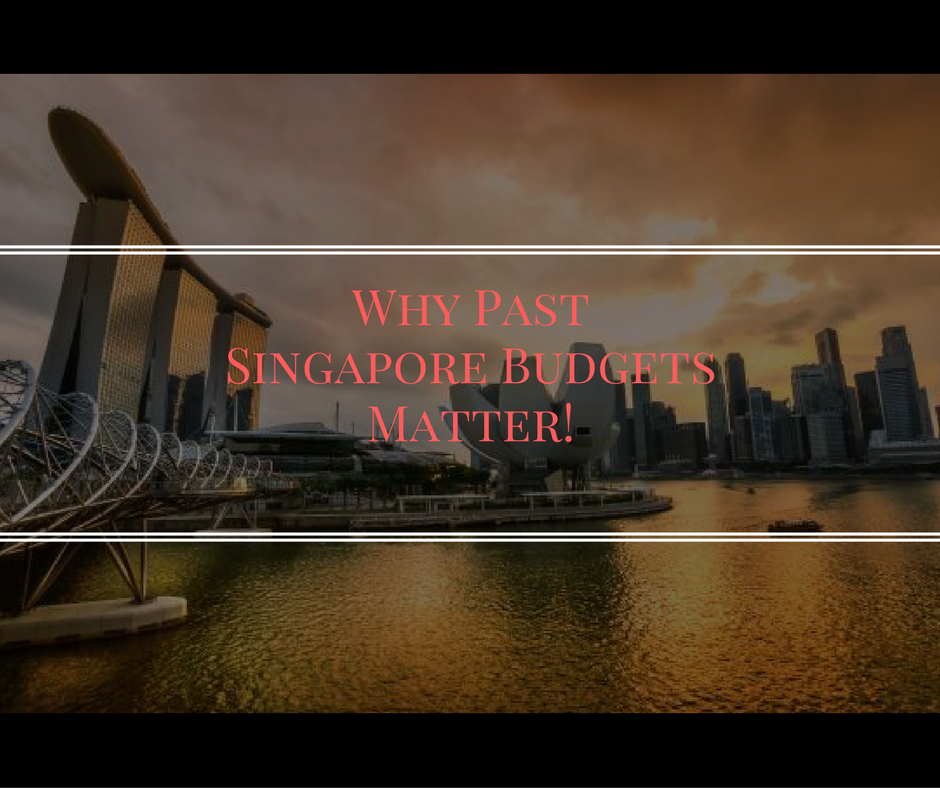 The start of a new year represents a chance to reflect on what has happened over the past year. This can be applied at a personal, an organisation or even a national level.

With the Singapore Government currently welcoming views and suggestions for Budget 2017, which would be delivered on February 20, we thought it would be timely to first reflect on initiatives that have been introduced over the past two budgets, and consider the impacts they have made on our lives since.

Introduced in 2015, SkillsFuture is a national movement to encourage Singaporeans to constantly learn and maximise their own potential in order to stay relevant in our rapidly advancing world.

SkillsFuture reminded Singaporeans that they should go beyond the training provided by their employers to stay up-to-date in their jobs. This is particularly important for those seeking promotions and looking to expand their job scope, or even considering a career change to another industry.

Since its introduction, the SkillsFuture framework has been constantly built up. It’s now segmented into 4 main categories that include Students, Early-Career, Mid-Career and Employers, with customised initiatives such as the P-Max and Skills-Based Modular Courses in place to support people within each respective segment.

To encourage Singaporeans in the workforce to get started on picking up more relevant and updated skills, the government announced during the budget that all Singaporeans, aged 25 and above, will receive an initial $500 in SkillsFuture credit to help them pay for courses that they wish to attend.

The increase of the CPF ceiling to $6,000 is recognition of the fact that salaries in Singapore were increasing, and that the middle-income group could afford to do more for their retirement. For most employees, this $1,000 increase in the ceiling means an additional contribution of $370 (from employers and employees) in individuals’ CPF accounts each month.

Assuming the base interest rate of 2.5%, and that a person enjoys the additional contribution for 20 years, this “small” but significant update would give an individual an extra $115,000 for retirement.

Read Also: 4 Recent Changes To The CPF System That You Should Know Off

Another important CPF related initiative was the increase in interest rates for older CPF members. Members from the age of 55 will earn an additional 1% interest on the first $30,000 in their CPF account.

While that may not seem like much at first glance, consider the following.

An additional 1% on $30,000 gives you at least an extra $7,500 for retirement (assuming life expectancy of 80 and based on simple interest calculation. When you calculate it on a compound basis, the amount is even higher.)

For younger folks, this may not impact you today. But it will certainly have a positive impact on your future when you approach retirement.

The Silver Support Scheme was introduced to ensure better support for low-income elderly Singaporeans. This initiative gives up to $750 per quarter to Singaporeans aged 65 and above who qualifies for it. Naturally, there are conditions in place to ensure that only those in need qualify for it.

Introduced in 2015, the first payout commenced in July 2016 with more than 140,000 Singaporean seniors benefitting from it. While not a huge amount, it is nevertheless still a meaningful supplement, especially for the lower-income folks who need it most.

Younger Singaporeans starting a family were not neglected either. Thanks to initiatives introduced in 2016, couples with newborn babies today will enjoy additional support.

In Budget 2016, the government introduced the CDA First Step grant that provides an automatic contribution of $3,000 to a child’s CDA. A dollar-for-dollar matching by the government between $3,000 and $15,000 is also provided when parents top up their child’s CDA account.

In total, Singaporean couples with newborn babies can expect the following monetary support from the government.

* Total grant for 3rd and subsequent child is higher.

When it comes to the formulation of each year’s budget, it’s easy to be seduced by initiatives that promise short-term gratification, or those that put more money in our pockets today.

Yet, it can be argued that most important initiatives are the ones that deliver the most value to its recipients over the long-term, even if they don’t appear to immediately benefit us from the get-go. Such initiatives are often the ones that are aimed to help people help themselves, which explains why they take a longer time before benefits are seen and reap in the future. These examples would include SkillsFuture and the changes made to enhance the CPF system.

The difficult part balancing each year’s budget isn’t just about having great ideas that can help people immediately; it’s also about ensuring that any initiatives introduced can be enjoyed in the long run and that there remains sufficient ammunition for future budget boosts should the requirement arise. For that to happen, initiatives and support need to be sustainable in the long-term, not just today.

In fact, in 2009, when Singapore dipped into its past reserves to cover budget costs for the first time in its history, it was able to do so because of the prudence in implementing past budgets with a long-term view. In that time of need, when the world was experiencing the worst recession since World War II, Singapore was able to draw close to $4.9 billion to ensure our economy remained robust and our people remained in jobs. As a mark of continued prudence, the sum that was drawn out, eventually $4 billion, was returned in 2011.

The article was written in collaboration with the Ministry Of Finance. All views expressed in the article are the independent opinions of DollarsAndSense.sg

Giving Your Parents Monthly Allowance? Get “Filial Piety” Tax Rebates By Using This Method Instead!
A Surplus, Deficit, Or Balanced Budget? Is There An Ideal Type Of Budget?