Tesla has outperformed Bitcoin in 2020, but some altcoins come close. 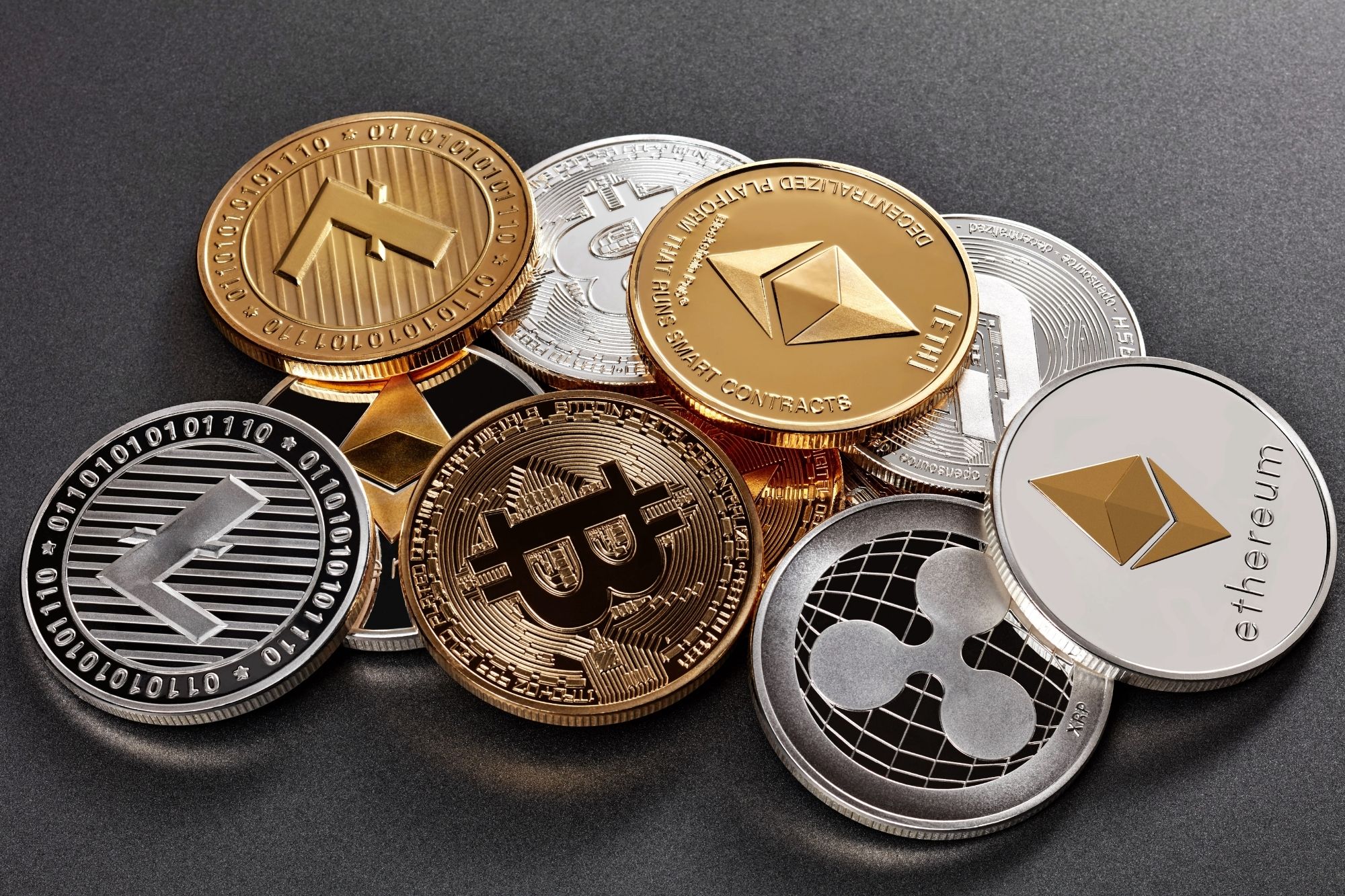 After Bitcoin’s dizzying rise to a record US$40,000 in January 2021, digital currencies or cryptocurrencies are starting to capture public attention.

Before we delve deeper into cryptocurrencies, do familiarise yourself with what they are with our cryptocurrency primer. In essence, cryptocurrencies are digital currencies where transactions are stored on a digital ledger (blockchain). This may be a gross simplification and various cryptocurrencies have features that differentiate them from one another.

While Bitcoin (BTC) is the most prominent cryptocurrency and the largest in terms of market capitalisation, there are over 8,000 alternative cryptocurrencies besides Bitcoin, also known as altcoins, listed on CoinMarketCap, as of 26 January 2021.

If you believe in cryptocurrencies as an alternative asset class and want to diversify beyond Bitcoin, there are plenty of choices. Here are 5 prominent digital currencies or altcoins you can consider investing in.

Read Also: Should You Invest In Bitcoin?

Note: this article does not constitute investment advice. We are not recommending you to either buy or sell any of the mentioned digital currencies.

Ethereum (ETH) is the second largest cryptocurrency by market capitalisation. Often listed on the same exchanges and gaining as much institutional attention as Bitcoin (BTC), Ethereum has been steadily on the rise. Ethereum started 2020 around US$130 and ended the year at around US$750, a gain of over 550%. However, in just the few weeks of January 2021, it has since almost doubled from $730 to cross its record peak of US$1,400 and is hovering around US$1,350.

Since the cryptocurrency rush in 2017/2018 to today, Ethereum has held its own and solidified its position as the second most prominent digital currency. Unlike Bitcoin which has acted as a store of value similar to gold, Ethereum has the ability to create and hold smart contracts. Smart contracts allow transactions to take place without a third party or central authority. Imagine buying a property without the involvement of an agent, lawyer or the government. This is theoretically possible with a smart contract.

This means that Ethereum is more than a currency, it is a smart contract platform on which other digital ledgers can be created and on which other cryptocurrencies can be based on. For example, many of the initial coin offerings (ICOs) in 2017/2018 were based on Ethereum and offered as ERC-20 tokens.

Another part of the reason for the recent surge in Ethereum is driven by Ethereum’s ability to host decentralised finance (DeFi) decentralised applications (DApps) which allows users to perform financial functions on blockchains. As reported by Cointelegraph, “Ethereum houses over 95% of all DeFi smart contract”.

However, this proliferation of DApps has also caused the Ethereum network to be overloaded, leading to performance issues. While Ethereum intends to solve this and other issues by moving to Ethereum 2.0, this is a move that has been years in the making and there is no guarantee that it will be a smooth and successful transition.

The third largest cryptocurrency by market capitalisation is Tether.

What makes Tether different is that it is a stablecoin that is pegged to the US Dollar. This means that unlike other crypto tokens which can fluctuate dramatically in price, one tether token is usually worth US$1. This allows Tether to be used as a medium of exchange and a mode of storage of value, especially in the volatile world of cryptocurrencies.

As cited by Investopedia, “80% of all bitcoin trading is done in Tether, and the stablecoin is a major source of liquidity for the cryptocurrency market.”

However, do take caution. The company behind Tether, Tether Ltd., makes no guarantee that you can redeem nor exchange your USDT for real US dollars. Additionally, Tether’s history has been marred by past regulatory issues such as the accusations that Tether’s reserves were drained to mask missing funds.

Performance in 2020: not applicable because USDT is pegged to US dollar.

Polkadot or DOT is the current 4th largest cryptocurrency, according to CoinMarketCap. Polkadot was only listed on the major cryptocurrency exchanges such as Binance, Bifinex and Kraken around end-August 2020. Since its listing, it has risen to above US$9 by the end of 2020, and hit a peak of US$20 in January 2021. Polkadot is currently about US$17.28, double its value from the start of the year.

While Bitcoin, Ethereum and Tether have been in the top 10 cryptocurrencies before the 2017/2018 peak, Polkadot’s first token sale only closed in October 2017. This makes Polkadot younger than the other cryptocurrencies mentioned here.

What differentiates Polkadot is that it is a parachain or parallel blockchain. This means that transactions can be processed more quickly and scaled across parallel chains. An analogy to this how your computer processing has improved tremendously when graphics cards and computer processors moved from single-core to multi-core. Additionally, Polkadot can connect and allow for the transfer of data, not just tokens, across blockchains, which potentially opens up more use cases.

Chainlink really took off in 2020. While it has been listed on some of the major cryptocurrency exchanges such as Kraken and Coinbase before 2020, its price has risen from US$1.80 to US$11.25 in 2020. Since the start of 2021, Chainlink has doubled to US$23.10. It is currently the 7th ranked cryptocurrency by market capitalisation.

In particular, Chainlink has benefited from the surge of interest in DeFi and is currently the largest oracle service.

The reason for a hard fork is typically ideological whereby the developers have differing solutions to solve the challenges of the cryptocurrency. For Bitcoin Cash, the issue was how to scale Bitcoin transactions to accommodate the growing volume. There can be multiple hard forks for a cryptocurrency with each hard fork leading to the creation of a new cryptocurrency. Bitcoin itself has had several hard forks with Bitcoin Cash and Bitcoin Gold being more prominent and widely used variants. Other variants such as Bitcoin XT, Bitcoin Classic or Bitcoin Unlimited have largely fallen out of favour.

Take Caution Because You Can Lose All Your Money In Cryptocurrencies

The eye-popping gains may be alluring but cryptocurrencies are still nascent and some say speculative in nature. In the previous ICO rush of 2017/2018, many cryptocurrency traders/ investors lost all their capital when the cryptocurrencies they bought into crashed (to zero value for some). While some have survived or languished, there is no certainty that the cryptocurrency you bought today will be the star tomorrow.

For instance, Ripple or XRP, a prominent cryptocurrency that has been 3rd ranked by market capitalisation lost over 40% of its value because of an SEC lawsuit. Not only has its value evaporated overnight, the delisting of XRP from major exchanges means that if you are a holder of the tokens, but you will also be stuck in a situation where you have problems moving your tokens or liquating them.

For every cryptocurrency that has risen to the top, there are many more that have failed. Even a top ranked cryptocurrency can face the threat of failure. So take caution before you invest in cryptocurrencies and don’t lose more than you can afford.

Read Also: 3 Alternative Investments To Consider Besides Stocks & Bonds (And The Risk Of Investing In Them)