Strictly from a PSF point of view, a Good Class Bungalow (GCB) may not necessarily be more expensive than a condominium unit in a similar location. 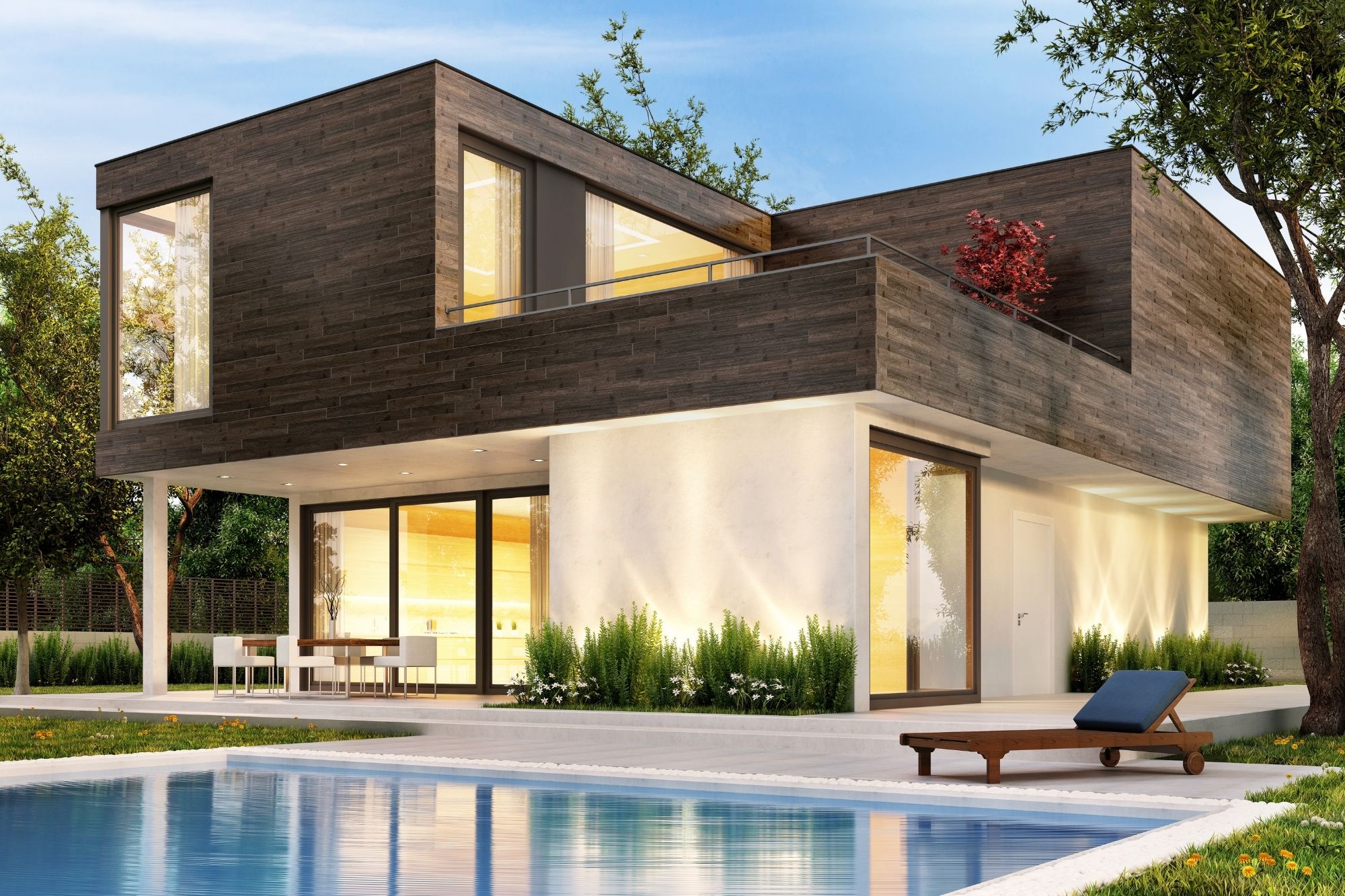 For most of us reading this article, a Good Class Bungalow (GCB) is likely to be a property that we will NOT be able to afford in our lifetime.

For the uninitiated, a Good Class Bungalow in Singapore isn’t just a fancy name to describe a nice, big, landed property. Rather, it can be considered as an asset class on its own that is distinct from other types of landed properties in Singapore. 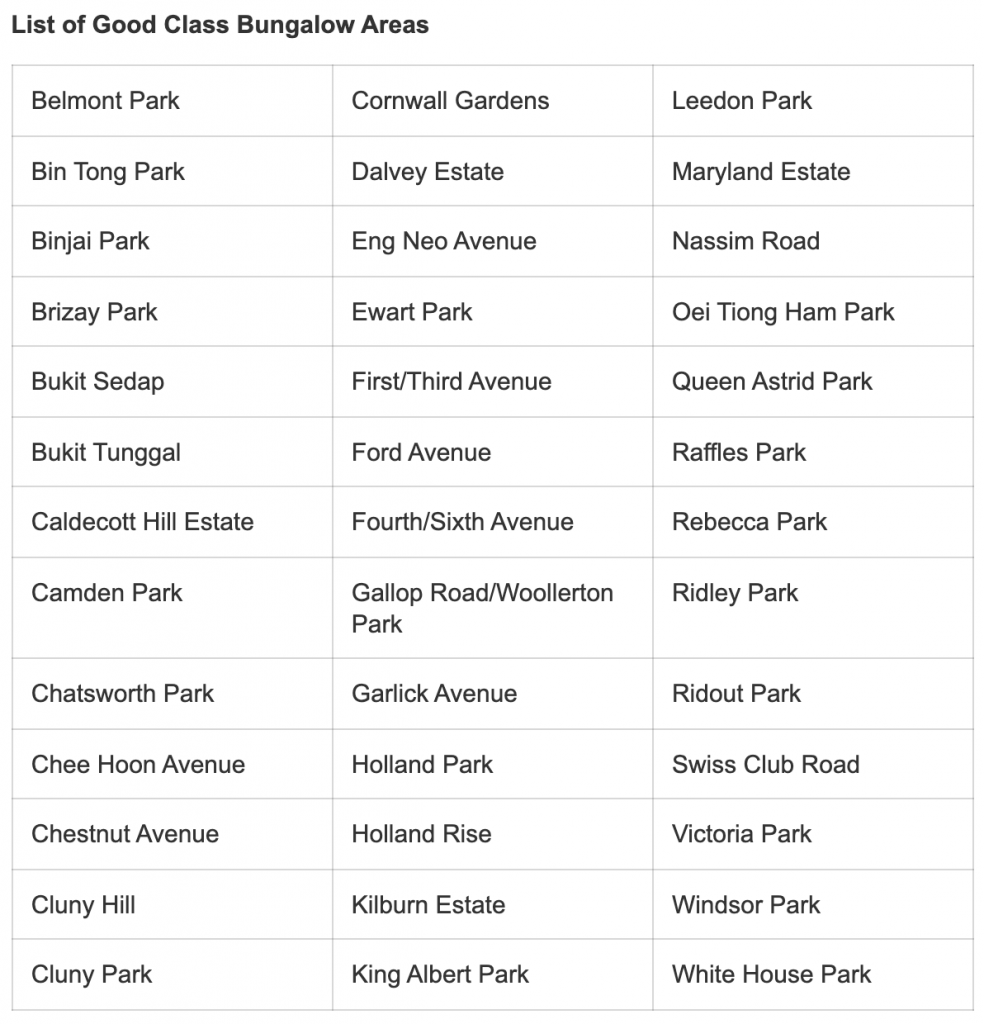 Other criteria that need to be met to be classified as a Good Class Bungalow include:

Various online sources estimate that there are currently about 2,700 to 2,800 Good Class Bungalows in Singapore. Similar to other landed properties in Singapore, you need to be a Singapore citizen to purchase a GCB.

To be clear, unlike shophouses in Singapore, you can still develop GCBs if you own land that is in an area that is zoned as GCB, or if you own a huge plot of land that can be split into two sizeable GCBs. However, the chance of that happening is slim or close to none, since most of Singapore, especially prime locations, are already well developed.

This is the reason why the supply of GCBs is considered extremely limited, leading to its high price. In fact, in an article this week, EdgeProp reported that four GCBs were sold at around $36 million each, within a span of two days, including one purchased by Secretlab co-founder Ian Ang.

While the price tag of $36 million, or more, for a GCB, may come across as way too expensive for most of us mere mortals, it’s worth pointing out that, in our view at least, many of these GCBs are properties that appear to be value for money purchases, especially when you consider it from an investment perspective.

Let us explain 4 reasons why.

The word “affordable” and “Good Class Bungalow (GCB)” should probably never be used in the same sentence ever again but give us a pass on this one occasion to explain.

Based on the recent four GCBs purchases that happened in July 2021, we can review the PSF cost being paid based on the land area.

Based on these four transactions, the quantum of $36 million may seem high. However, when you consider the PSF cost that you are paying for the land size, the price range that is between $1,318 to $1,954 is not exceptionally high, especially when you consider that many new condominiums these days are easily selling for $1,500 PSF or higher.

A few things to note. The PSF price that you see for GCB are based on their land area, and not the built-up PSF area that we typically think about if we are buying a condominium unit.

Given that 60% of the land size needs to be allocated to greenery and landscape (e.g. swimming pool, garden, basketball court), a 20,000 sqft land area will have a home that takes up only about 8,000 sqft. However, you can build up to two-storey, excluding the basement and the attic, so achieving a buildup area of 20,000 for your home is still feasible.

On top of that, you still get about 12,000 sqft of land that is also allocated to greenery and landscape.

Most of us will baulk at the sales price, and rightly so. While the PSF is similar to what is being paid for some leasehold condominium units, condominiums are naturally smaller and hence, the quantum is going to be lower than a GCB. This makes sense.

With the launch of many new leasehold condominiums at heartland estates already selling at close to $1,500 PSF or more, paying a similar, or even a lower price, for a freehold, GCB property that is situated in a prime location may seem like a steal.

While the price paid does not include a move-in ready condominium development/block, it’s also worth pointing out that with most condominiums, you are paying a PSF price for the floor area that you are getting in your home, as opposed to GCB, where the price paid is for the site area alone, which can still be maximised by the owner if they want.

#3 Good Class Bungalows (GCBs) Target The Ultra-Rich In Singapore, Which Tend To People Who Are Less Price Sensitive

If you happen to own a GCB today, it doesn’t matter how horrible the condition of your building is, or even if it has been abandoned for the past 20 years. Someone will still want to buy it. And chances are, the person is someone with huge financial means.

Here’s a quick look at some of the GCB transactions in 2021 and who are the notable individuals who have purchased them.

GCB at Gallop Drive: Purchased in January 2021 for $42 million ($1,940 PSF) by a family member of Singapore’s richest billionaire, Zhang Yong, who is the co-founder of Haidilao.

Put simply, these GCBs are being purchased either by Singapore entrepreneurs who have started and are still owning a sizeable percentage of their companies that are worth billions of dollars or in some cases, by founders who have exited their companies for more than a hundred million dollars.

Everyone needs a home to live in and for the super-rich in Singapore, GCB is the best that Singapore can offer – if you can afford it.

As mentioned at the start, GCB to some extent is already zoned by the government. In other words, you can’t just own a big plot of land in Singapore, build a nice, big house, and call it a Good Class Bungalows (GCB). There are strict criteria in place that must be met to be considered a GCB.

In some ways, this makes them an exclusive asset class even within properties to own. With limited supply, prices go up and most people won’t be able to afford to own one. It’s a similar reason why shophouses in Singapore are so expensive these days, with a price tag of easily $3,000 PSF or more.

Like shophouses in Singapore, GCBs are not just large properties that you can own and live in with your family. They are also extremely limited, freehold assets in Singapore that holds special status even among landed properties in Singapore. They can also be used for intergenerational wealth transfer.

Read Also: 10 Types Of Property Cooling Measures That Singapore Government May Introduce (Based On Past Track Record)

10 Types Of Property Cooling Measures That Singapore Government May Introduce (Based On Past Track Record)
BTO MOP Flat VS Old Resale Flat: Which Makes More Financial Sense For A Single To Buy?