A potential merger between two of Singapore’s largest marine and offshore companies could happen. 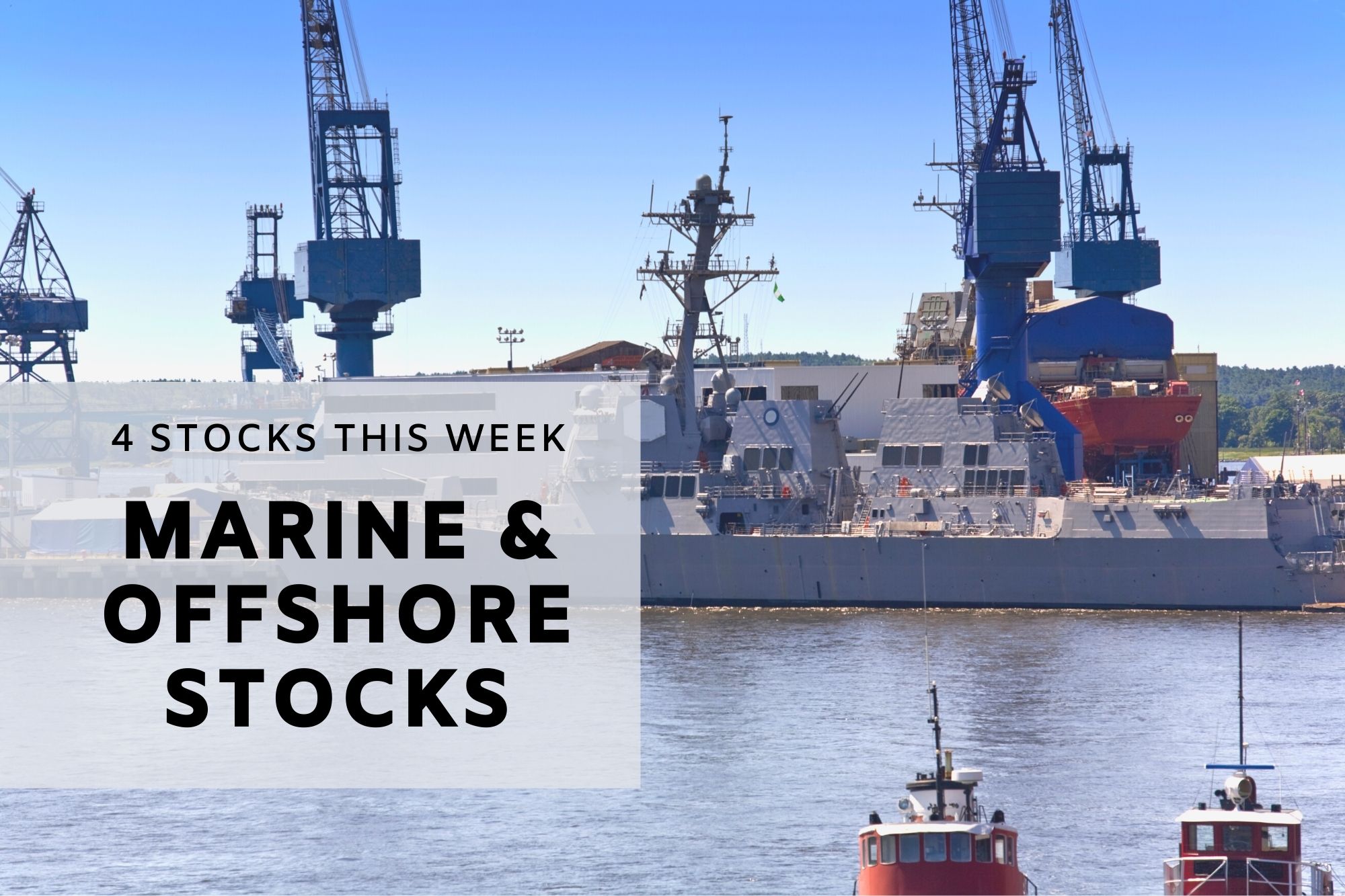 Singapore is home to the busiest port in the world in terms of shipping tonnage. As the centre of a global trade route connected to over 600 ports, our marine & offshore industry contributes about 7% of our Gross Domestic Product (GDP). Thus, it comes as no surprise that there are multiple companies in the marine and offshore industry that Singapore investors can invest in.

Recently, companies from the marine and offshore industry have been making headlines. One of the biggest news this week is the announcement that Sembcorp Marine and Keppel Corporation have entered a non-binding memorandum for a 50-50 joint venture.

In this week’s edition of 4 Stocks This Week, we look at four marine and offshore stocks that have made their name into the news this month.

Previously a subsidiary of Sembcorp Industries, Sembcorp Marine (SGX: S51) has since demerged in September 2020. As one of Singapore’s largest marine and offshore company, the company provides offshore and marine engineering solutions globally.

On 24 June 2021, Sembcorp Marine announced two major corporate actions. Firstly, after the August 2020 rights issue of $2.1 billion, the company is issuing another round of rights issue at $1.5 billion within a span of less than half a year. Shareholders will get three rights shares for every two existing shares. Majority of the funds raised from this rights issue would go into working capital which will help the company fulfill its operational funding needs until end 2022.

Secondly, Sembcorp Marine and Keppel Corporation proposed a potential merger between Sembcorp Marine and Keppel Offshore and Marine (O&M) arm. The prolonged pandemic and reduction of global oil activities have impacted both companies. The merger would allow the combined entity to consolidate resources, talent and create scale as they pivot to capture opportunities in the clean energy sector. If the merger is successful, Sembcorp Marine’s shareholders will have their shares in the joint venture. Both companies are backed by Temasek Holdings.

After Temasek’s $4.1 billion bid fell through in August last year, Keppel Corporation has since entered potential talks with Sembcorp Marine for a merger on 24 June 2021.  Within the press release, Temasek also made a non-binding offer to purchase Keppel’s O&M rigs and related receivables which will be held by external investors. The proposed offer would be inter-conditional to the merger with Sembcorp Marine. As of FY2020, Keppel Corporation has reported that among all key business units, only Keppel O&M was unprofitable.

Upon successful merger, the company’s shareholders will receive shares in the joint venture and a cash consideration of up to S$500 million.

The share price of the company rose by 5.7% upon the news. With a market capitalisation of $9.826 billion, the company closed at $5.40 this week.

With headquarters in China, Yangzijiang Shipbuilding (SGX: BS6) is the largest shipyard company listed on SGX. The company’s main business is in commercial shipbuilding, and it also manages two shipyards in China.

As of year-to-date, the company has closed US$4.72 billion worth of deals for 89 vessels. This is the best performing year since 2008. The new orders comprise of the company’s clean energy vessels which signify the company ability to break into the clean and renewable energy industry that is poised to grow in coming years.

Share price rose marginally from $1.38 and closed at $1.39 this week. The company’s current market capitalisation is at $5.349 billion.

Founded in 1966, Pan Ocean (SGX: AZY) is a Korean company and it is a subsidiary of Harim Holdings Co. The company specialises in marine transportation and does bulk cargo for essential commodities such as iron ore, coal, grain, steel products, sugar, cement, logs and palm and vegetable oils.

On 14 June 2021, the company released news of a proposed voluntary delisting from SGX. In a joint statement with its parent company, Pan Ocean clarifies that it is not a privatisation as the company will maintain its primary listing on the Korean Exchange (KRX).

Share price was trading at $8 and rose by 1.4% after the news of delisting. The share price closed at $8.11 this week with a market capitalisation of $4.751 billion.

Read Also: Private Placements and Preferential Offerings: Why Do These Corporate Actions Matter To Shareholders

5 Highlights From Koda (SGX: BJZ), A Original Design Manufacturer And Furniture Retailer In Singapore
4 Factors You Should Consider When Buying A Retirement Insurance Plan In Singapore