3 Singapore Stocks That Could Benefit From The General Elections

In lieu of the upcoming General Elections, here are some local stocks worth looking at 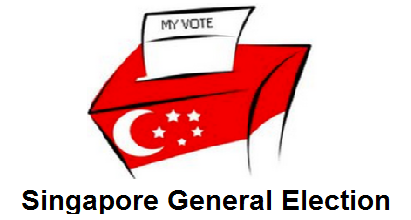 Speculation of when the elections would be held in Singapore is rife. Equally up in the air are just what the political policies promises that would be made, considering that the elections are expected to be right around the corner after the SG50 celebration.

If you are wondering how investors could potentially benefit from the government likely political promises, here is our take on the sectors and stocks worth check out. Please remember that we are just speculating.

Read Also: Recapping The Promises Made From National Day 2014

The Neighbourhood Renewal Programme (NRP) was introduced in 2007. Targeting blocks built up to 1995, the NRP brings improvements to these blocks and precincts for the betterment of the residents. This has been popular amongst voters in older flats which lacks the modern amenities that the newer blocks have. We expect the ruling party to continue with this scheme.

With near a 90% appreciation in price since its IPO in the catalist two years ago, ISOTeam is the company to watch in this space. The maintenance and upgrading specialist has seen a rise in the upgrading projects of the public sector with many repainting and refurbishment works in HDB estates, community clubs and public areas.

Dubbed as an election play, ISOTeam, has a target price of $0.82 as per the coverage by RHB Research’s Jarick Seet.

Low fertility rate (currently hovering at about 1.2 births per woman) has plagued Singapore’s population growth for the past two decades. Instead of constantly relying on growth through immigration policies, the government has propagated the local population to conceive more than 2 children per family. This scheme of providing incentives to couples to bear more children with tax relives and cash gifts is called the baby bonus. Though this policy has not translated (yet) into the success that the government expected, it nonetheless is welcomed by couples.

Benefiting from this scheme is a healthcare company call Cordlife. Cordlife provides cord blood and cord lining banking services. Researches have shown that the cord blood stem cells have the potential to treat numerous diseases by generating healthy new cells and tissue. The cash gift from the baby bonus can be used to pay for the packages offered by Cordlife, making it cheaper and more appealing for parents to consider this as another form of health insurance for their new-born child.

As one of the six Singapore companies that made the cut in the “Forbes Asia’s Best Under a Billion Companies”, Cordlife has huge potential in a country of rising affluence and strong paternalistic culture.

From 2016 onwards, all Singapore residents will be covered under a life-time insurance under the MediShield Life plan. The government hopes that this insurance policy will provide residents with better coverage for their large subsidised hospital bills, regardless of their age and health changes over time. This inclusive and compulsory insurance scheme has left many residents uncertain and unsure given the premiums that may be charged to run this profitably.

Recently, the government announced that it will be raising the limits Singaporeans can use from their Medisave to pay for their Integrated Shield Plan (IP) premiums. This is a testament to the continued role that private insurers are expected to play in providing Singapore residents with adequate coverage.

In a report by OSK DMG, it expects Great Eastern’s outlook to remain positive because of its dominant insurance franchise in Singapore. With a strong performance in the Q4 2014, Great Eastern (GE) successfully capped off a record year thanks to a strong contribution by its insurance segment. With a continued increase in healthcare costs, it will only be natural for the insurance premiums to raise in tandem, benefiting insurance companies like GE.

What other stocks do you think would benefit from the upcoming General Elections? Share with us your thoughts with us on Facebook.