Recapping The Promises Made In National Day 2014

Already looking forward to what PM Lee has in stored for us for SG50. 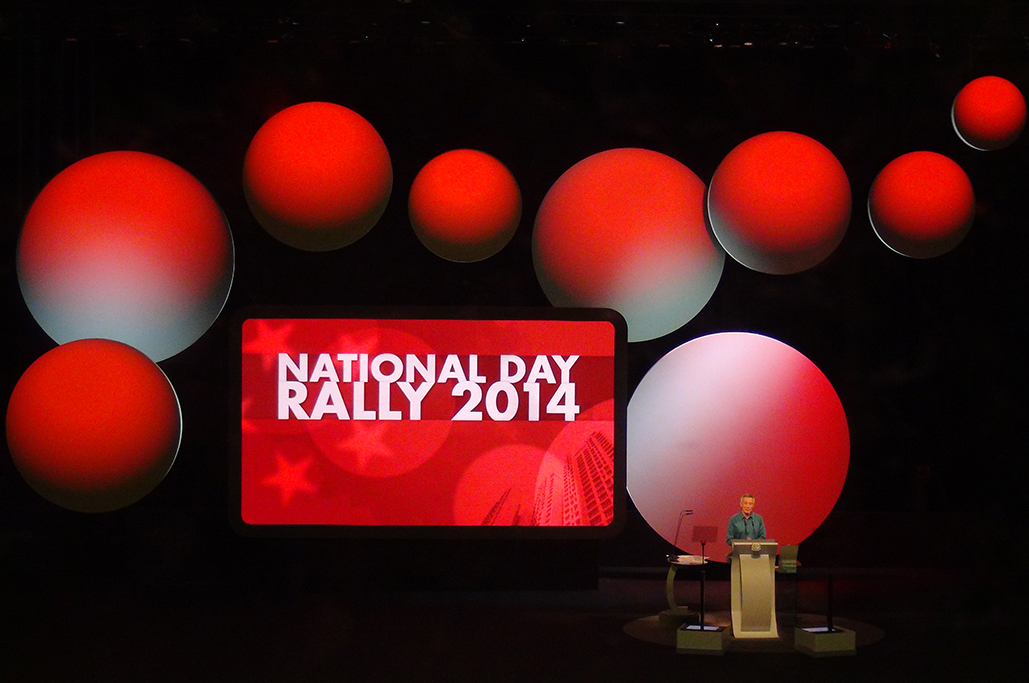 August 9, 2015 marks an important milestone in Singapore’s history, as our country celebrates her golden jubilee. The term SG50 has been thrown around endlessly (and frivolously) in the lead up to this big day, with various promotion of events, strange product offerings such as Fishcakes, Hello Kitty toys and even insurance policies, as marketing personnel try their utmost best to out do one another.

While we are jubilant for the 50 years of independence that has brought a world class living standard, steady employment and a general level of prosperity amongst our citizens, we have to consider ourselves fortunate as well to also have a relatively well run, far sighted government who have brought us to where we are today.

Of course, that doesn’t mean that the current government will continue to be well run without any supervision or scrutiny by its people. If there is one thing we learn from stock investing, it is that past performance is no indicator of future performance.

Even as we look forward to this year National Day celebration and the rally speech that will accompany it, we like to take a recap from the promises made by our Prime Minister last year and evaluate if the policies and plans have been put to action thus far, or simply empty promises.

Home ownership and CPF have been the twin pillars of our retirement adequacy. With a large population in public housing, it is an asset that can be “unlocked” during our retirement. PM Lee suggested a flat can be unlocked of its value by either renting out a room, or the entire flat.

With the introduction of studio apartments and Silver Housing Bonus (SHB), retirees could also consider right-sizing to a smaller unit, leaving some excess cash for retirement.

But the big announcement in the 2014 rally was the extension of the lease buy-back scheme to 4-Rooms and the raising of the income ceiling required for people to qualify for it. Kicked off from April 2015, this scheme now covers 75% of the elderly households and allows a retiree to choose the term of the lease buy-back that the person prefers, rather than fixing it at 30 years.

CPF savings has been a hot issue amongst Singaporeans given the “see-but-no-touch” nature of it. However, as a platform created to be a retirement nest egg, it is a good system which gives a steady and secure income stream of $1,220, if the Full Retirement Sum of $161,000 (as of July 2015) is met.

Some enhancements to the CPF system were made. First is the option to have different retirement sum. Starting January 2016, instead of the Full Retirement Sum (FRS) of $161,000, you could save more under the Enhanced Retirement Sum of $241,500, or meet a lower requirement of $80,500 under the Basic Retirement Sum, in the event that you choose to pledge your property. The varying amounts come with different payouts and one can even increase this payout by choosing to defer the CPF LIFE payout till one reaches 70 years old.

Secondly, to help the older workers meet the FRS, the CPF contribution rate of employers of workers between the ages of 50 – 65 years old has been increase by an additional 0.5 – 1%. In addition, the government will provide an extra 1% interest on the first $30,000 for its (CPF) members who are of the age of 55 and above, effective Jan 2016. This means that they can earn a risk-free rate of as high as 6%.

Third, as a further recognition to the contributions made by our Pioneer generation, a new silver support scheme will be rolled out on 1st Qtr 2016. It will provide the bottom 20 – 30% Singaporeans, aged 65 and above with an income supplement of $300 – $750 every quarter. Though it will be based on the annual value of the homes as of end 2014, it is expected that over 150,000 elderly will benefit from this scheme.

2. Equal Opportunities for All

Emphasis on skills rather than on degrees

With 28% of our total population armed with at least a degree qualification and with over 50% of people aged between 25 and 39 years of age being graduates, the Government has found it necessary to change the populations’ perception of paper qualification.

Keeping in theme, the Public Service Division (PSD) have announced that all non-graduates and graduates (grads) joining the civil service from Aug 15, will be hired under the same scheme. This allows for non-grads to (finally) have similar opportunities to advance and be accessed at the same level as their grad colleagues. This initiative tows in line with the Government’s push for greater emphasis on skills, character and performance, rather than paper qualifications alone.

Furthermore, in a push urging students in ITEs and Polytechnics to hone their skills before rushing for a degree qualification, a work-study initiative was introduced to partner students with companies for a period of 12 to 18 months so that the students can gain industry experience and obtain a higher qualification in their field of study.

The importance of lifelong learning has been greatly emphasised by our government. A national movement, in the name of SkillsFuture, was introduced to give Singaporeans opportunities to develop their potential and gain skill mastery. Every Singaporean aged 25 years and above will receive a $500 credit to support their learning needs. This is in addition to the financial assistance given to mid-career workers to deepen their skill-sets.

During the 2014 national day rally, PM Lee shared the fishball stick story citing the current lack of inter-agency coordination in municipal matters. Since then, the Municipal Services Office (MSO) headed by Minister Ms Grace Foo, has opened its doors in October 2014.

Working with 11 agencies and a few town councils, MSO hopes to be the one-stop centre for residents to voice their feedback on municipal matters. With its one service and citizen-centric vision, it intends to provide efficient responses to public feedback and bring about a greater collaboration of resources between the agencies when handling municipal feedback. Only time will tell how useful the MSO would be in ensuring that the agencies under its charge take proper ownership of its responsibilities.

(Promise met. Extent of impact yet to be determined)

Ever since the introduction of the first smartphone in the form of iPhone 3G, there has been a greater prevalence of smart phone users in Singapore. With this technology, connectivity is just a click of an application (app) away. Government agencies have jumped on this trend by introducing apps to improve connectivity amongst its users/public, making it easier for their services to be reached. There are no less than 12 different apps from the government agencies.

These may range from myEnv, OneService where the public may provide feedback on public cleanliness to checking your library book status through NLB mobile, emergency app like reporting of fire hazards (mySCDF) and even reading the Singapore Budget on the go (Singapore Budget).

Jurong was a sleeping town until plans were made to revitalise it as a town hub and the CBD of the West. With at least six shopping malls, two hospitals and one hotel within a 3 km radius from the Jurong East MRT station, it has been a coveted location by home-seekers. Executive Condominiums (ECs) launched in Jurong have a stronger take-up rate, despite the cooling measures compared to other EC launches in other districts. Projects like the Jurong Lake life, Westwood Residences have defied the housing trend.

Adding more lusture to the Jurong story, was the recent announcement by PM Lee that the Singapore terminus for the Kuala Lumpur – Singapore High Speed Rail will be located at the current site of Jurong Country Club. These and the plans for the new Singapore Science Centre to be at the Jurong Lake are few of the many developments planned for Jurong’s makeover as the Jewel of the West.

In a world where governments make empty promises to garner votes and corruption overruns the officials’ commitment to develop the nation, we are somewhat fortunate to have a government that at least makes good of its National day promises to its people. Given their track record, we can be sure there will be no empty undertaking in this year National Day rally.