Here Are Some Workplace Secrets You Never Knew Existed

There’s a super-power that working people don’t realise they have..

This article was written in collaboration with the Labour Movement to reveal how the secret work of unions contributes more to our workplaces than we knew. All views expressed in the article are the independent opinion of DollarsAndSense.sg

Each time we turn on the tap, we enjoy a reliable and clean water supply, which is fundamental to our lives – whether to drink, bathe, or make a nice warm meal for our families. Industries cannot function without it. Yet we don’t often notice and think about the infrastructure and workers who keep everything running smoothly.

The same thing also applies to workplaces in Singapore. Each job we take on, we get basic benefits and a stable salary, which allows us to put food on the table, pay our bills and plan for our future. Our nation prospers when companies and workers can focus on doing well, rather than worrying about the fundamentals of employment.

Yet many of us don’t notice and think about the unions who have built a harmonious industrial relations climate that we enjoy today.

Some of us even question the need for unions because we hardly see industrial actions such as strikes, which laymen often regard as the main indication of effective unionism.

To understand what unions do, we interviewed Luke Hee, a union leader with the Singapore Insurance Employees’ Union (SIEU) since 2000. He also sits on the NTUC Central Committee (the highest decision-making body of the Labour Movement). 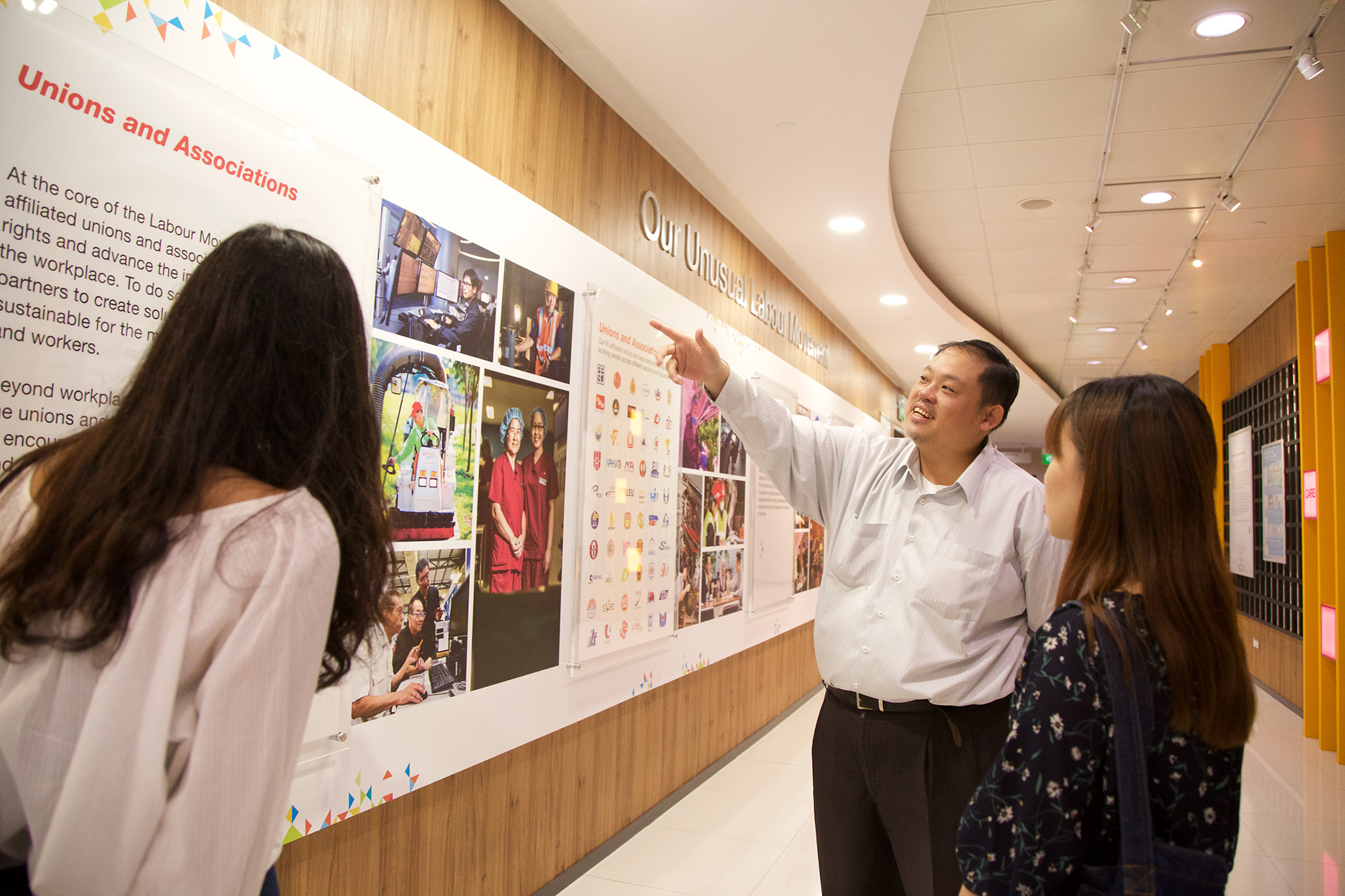 He shared some surprising insights about trade unionism, and how unions have made our workplaces more progressive that many of us aren’t aware of.

Why Should I Join The Union?

Do we think unions only help members in bad times? Actually, this is a common misconception, i.e. we should only join the union after we start facing workplace issues.

In reality, bringing the union into our company before something nasty happens gives us a greater chance of having a bigger say in common issues and concerns (also called collective representation), because we will not be alone in facing management.

Unions are not only useful in tough times. Even in “peacetime”, unions collectively bargain for progressive employment terms and conditions over and above the Employment Act.

Many of us working in unionised companies get to enjoy these progressive terms and conditions, which are recorded in a legally-binding document called a Collective Agreement that is signed every few years. 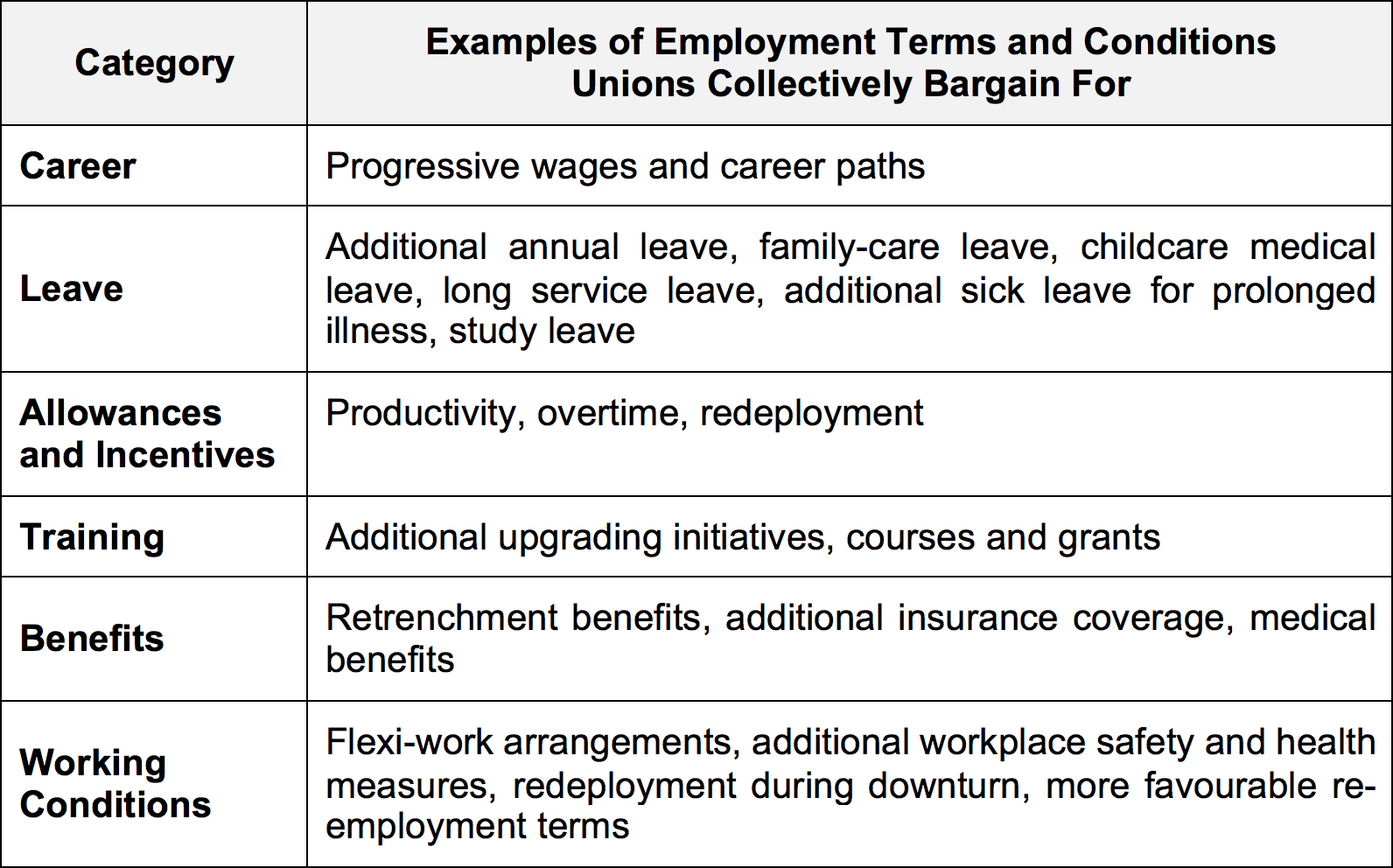 Unions have been active in Singapore for many decades. Even as early as the 1970s, SIEU proposed a 5-day work week (so that Saturday could be an off day) and advocated for paternity leave.

It is these advocacies by unions that eventually led to larger changes in the law, which improved the working conditions and terms of employment that we enjoy today.

The idea is to make our workplace and job environment conducive, so that we are happy and productive. Unions can also collectively represent PME concerns too!

What Else Do Unions Do For Union Members?

To voice out our concerns in various sectors, unionists can do so in tripartite committees (e.g. SIEU is part of the Financial Services Tripartite Committee).

If we join the union, we can also tap on Union Training Assistance Programme (UTAP), capped at $250 every year, to upskill ourselves.

Our $250 a year UTAP training fund also comes from the NTUC Education Training Fund (NETF), which the Labour Movement will raise $50 million, and the government will match every dollar with three dollars for another $150 million.

The more of us coming together under the various unions, the more strength unions have to represent our needs as working people, and help us manage costs via training grants, financial assistance and also providing relevant products and services via NTUC social enterprises

Why Should My Company Be Unionised?

To prepare for future disruption, unions can collectively work with our company management on initiatives that are relevant to our learning needs, so we can quickly identify and transit into the future jobs and skills.

If we work in the insurance industry which is being disrupted by insurtech, our company could already be one of several insurance companies in Singapore which unions have engaged in dialogues. 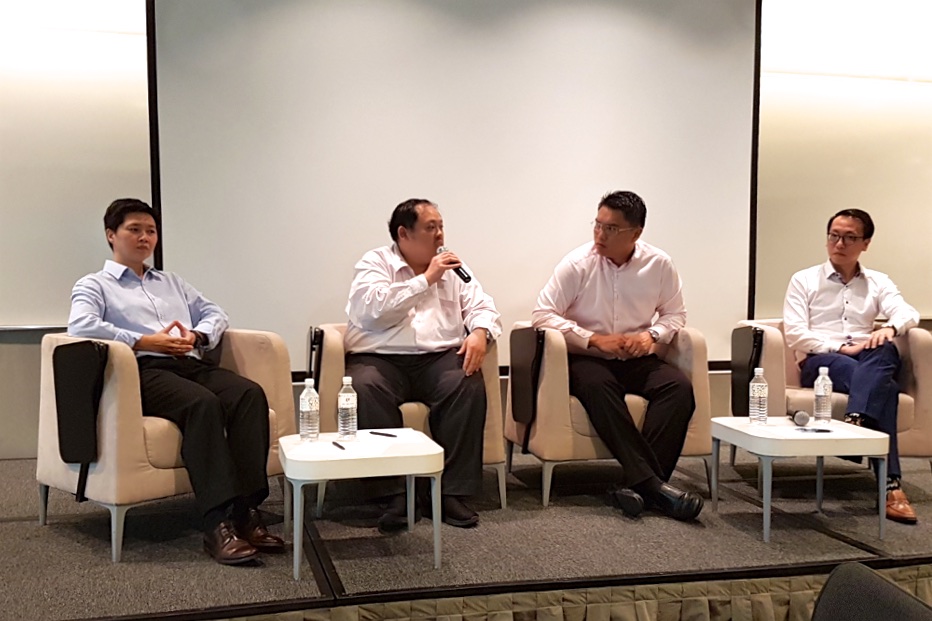 SIEU General Secretary Luke Hee (speaking) and NTUC Assistant Secretary-General Patrick Tay (second from right) with employers at a dialogue with HR personnel on transformation of the insurance industry (Source: NTUC This Week)

What goes on in these dialogues?

They talked about industry disruptions affecting us employees, how unions and employers could work together to help us get future skills and jobs, implement change management and reach out to more PMEs.

How can the union network help me and my company?

SIEU has linked insurance companies with NTUC’s e2i and CFS (Centre For Seniors) to work on suitable training programmes and change management programmes respectively, in the hope we will have access to the right resources when the time comes.

That’s not all. The Financial and Business Services Cluster of unions that Luke chairs has plans to form union-U Associate alliances with the U Associates in the financial services sector.

With more alliances, we can leverage on a wider network for more relevant resources, whether it’s for our training or networking needs, or finding like-minded people who can band together with us for a common purpose and benefits.

Unions can also help our company recruit skilled talents and organise social programmes to promote staff bonding and welfare, so we can have a more positive workplace environment.

What Do Trade Unions Do For Me On A National Level?

To advocate for workers, trade unionists all around the world lend support to or form their own political parties, even in Singapore.

Before NTUC was formed, there was an earlier trade union congress called STUC. Trade unions in STUC were split up when PAP also split in 1961, and unions could choose to join the leftist or moderate camps.

Unions who chose a moderate route of trade unionism decided to affiliate with NTUC and support PAP, in the hope that this symbiotic relationship and partnership with PAP gives workers a better chance to get employed, and obtain better wages or conditions of work.

Many of the close links between NTUC-affiliated unions and PAP came even before NTUC was formed, such as when unions benefited from advice that Lee Kuan Yew gave while he was advisor to trade unions, including SIEU.

Union leaders affiliated with NTUC, who also run and win national elections under PAP (also called Labour MPs), speak up for our concerns in Parliament.

For example, Labour MPs lobbied for the expansion of the Employment Act to protect more working people and the Industrial Relations Act so that all unions can collectively represent PMEs (both enacted in 2015).

This means that even if we are PMEs, we can bring in a trade union into our company to represent our interests (aka unionise our company)

How Do I Unlock These Workplace Secrets By Joining The Trade Union?

If we wish to unionise our company, it can be done by secret ballot or by our company voluntarily recognising the trade union.

It is against the law for our company to prevent us as employees from being associated with the trade union, so don’t be pressured by management to do otherwise.

To find out which union we fall under or how to unionise our company, we can contact NTUC or check out the list of unions here. 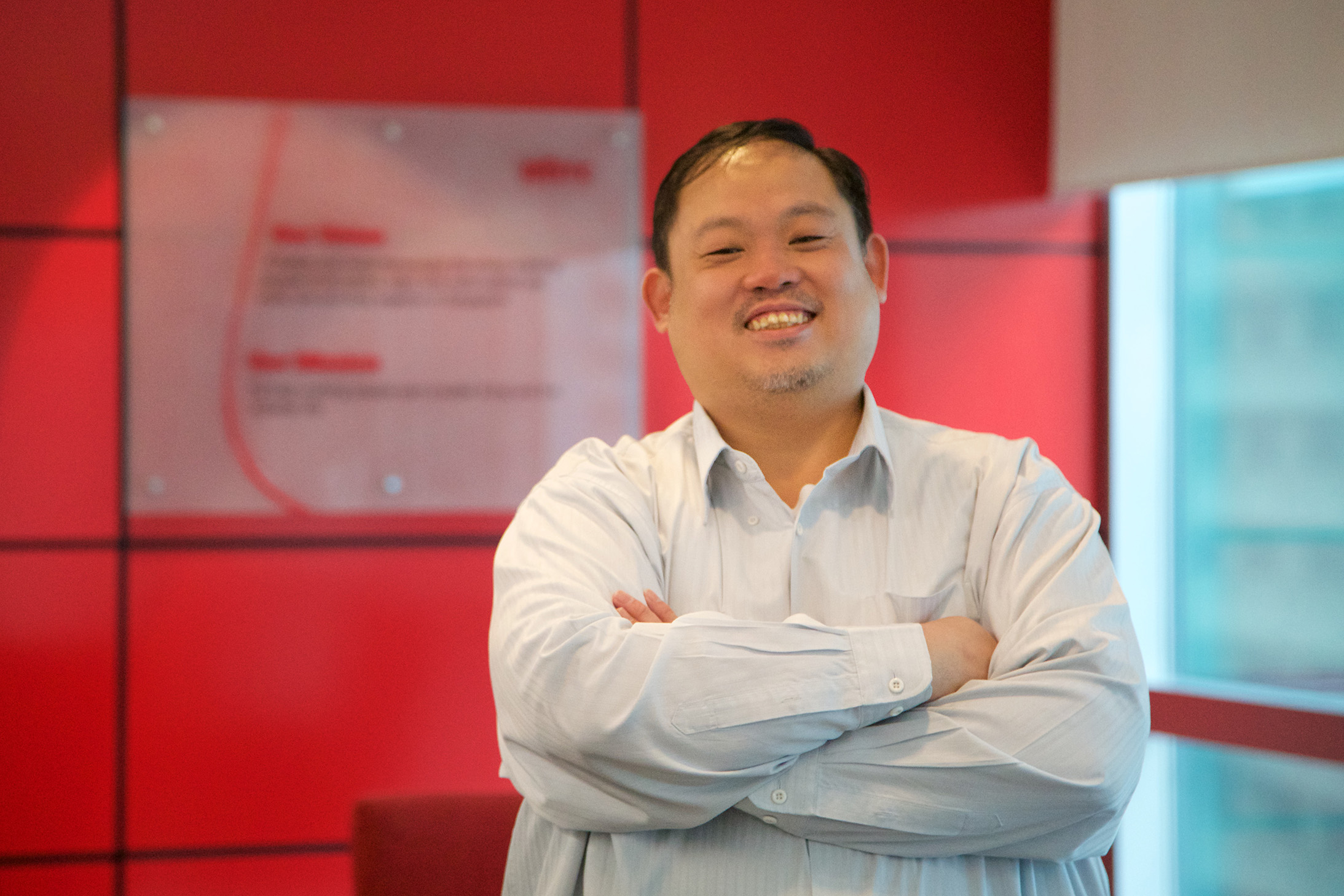 Luke’s own journey as a unionist since 2000 stems from his personal conviction in the mission of unions to seek social justice for the ordinary worker.

He believes that to keep life normal for the majority, there are a minority who live quite abnormally, referring to dedicated union leaders who go out of their way to ensure the majority of their members are well taken care of, even taking time off after their shifts ended and during odd hours to do union work.

He credits a supportive wife and family of two young children for giving him the support he needed in the past 17 years as a unionist.

3 Scenarios In Life When You Should NOT Top-Up Your CPF Account
Salaries in Singapore To Rise Over 3.9% In 2018: How Much Should You Expect To Get?