Why Your $25,000 Renovation Budget Is Unlikely To Get You The “Stunning Dream Home” Advertised

If it’s too good to be true, it probably is. 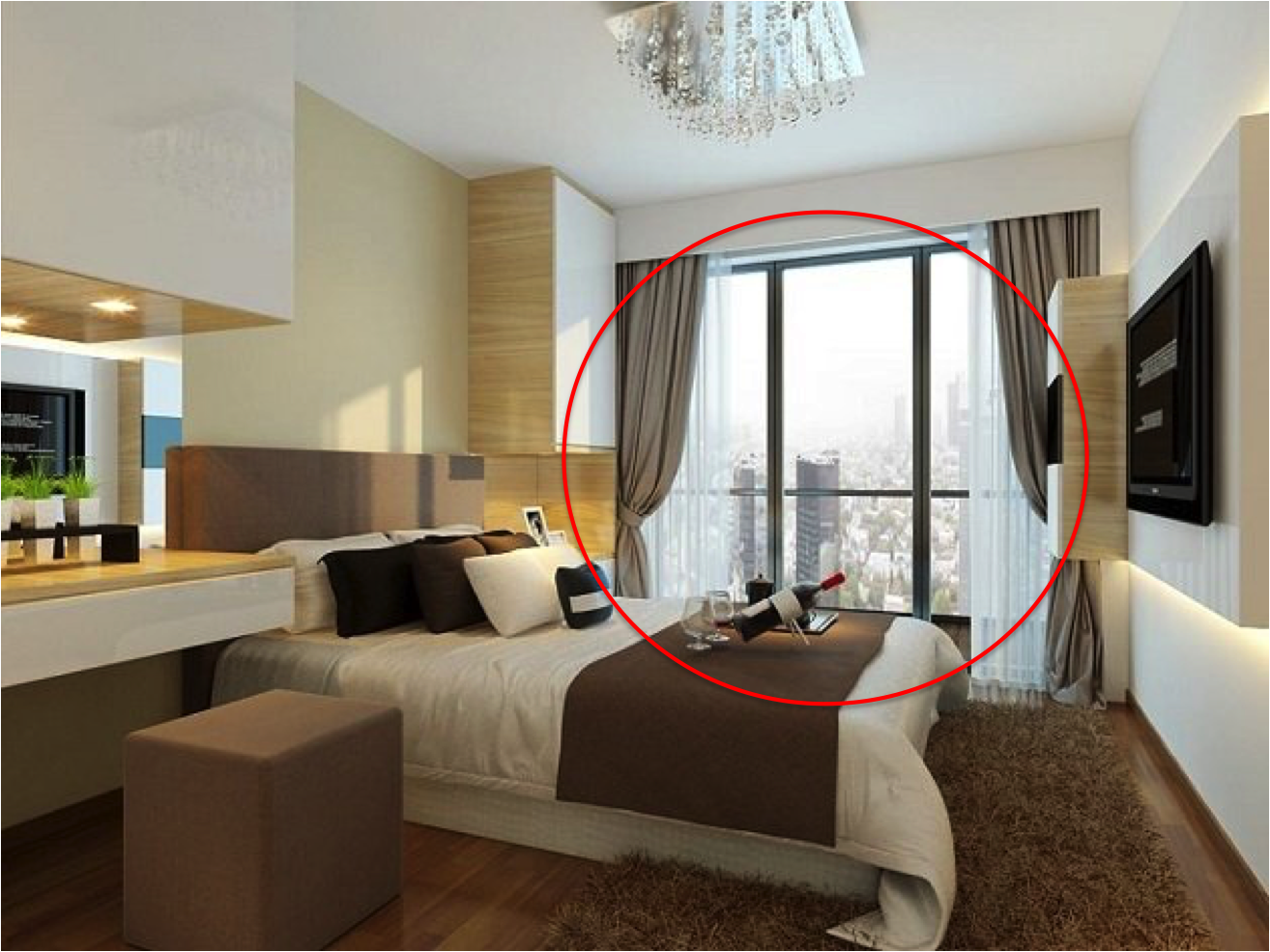 In life, we all want the best deals at the cheapest possible price. This applies to everyday items such as 1-for-1 Starbucks coffee deal, a can’t miss $200 flight to Hong Kong, or a big ticket item such as your home renovation.

Social media can be a powerful marketing tool. These days, everyone wants to attract new customers by writing about too good to be true deals. And when it comes to visually captivating products such as home design renovation, the eyes can be deceiving.

If you search the internet for good and cheap home renovation designs, you will find no shortage of interior designers claiming they have done beautiful works at amazing price.

For example, there is a viral article that has been trending in Singapore since 2014 about 10 Stunning HDBs Transformation Under $25,000. This article, which showcases HDB homes, gives Singaporeans the impression that they can build their dream home from well-known interior designing firms with budget of just $25,000 or less.

But just how realistic is the expectation?

Let’s start off with a hard truth. Renovating a home in Singapore has never been cheap. Back in the 90s, renovating a HDB flat would cost you tens of thousands of dollars. Just ask your parents if you don’t believe us.

Since then, prices have increased, not declined. Yet for some reasons, some Singaporeans seem to have the expectation that even with a budget of less than $30,000, they can get a renovation which helps them achieve the beautiful home that they saw in home deco magazines.

To be clear, we are not saying that you and your spouse cannot get a nice home with a budget of $30,000. You can. But that would mean putting in effort to DIY some things on your own and having realistic expectations on what is important, and what’s not. Many people have achieved their dream while working on a realistic, tight budget.

But for homeowners whose research and input do not go beyond reading listicle articles on home décor, and who have no intention of doing anything aside from researching on designers portfolios online and having their expectations set based on what they read and see, there is a good chance that they should be prepared to be disappointed.

Read Also: 5 Hidden Cost That Your Renovation Contractor May Not Tell You

Are You Even Looking At A Real Project? 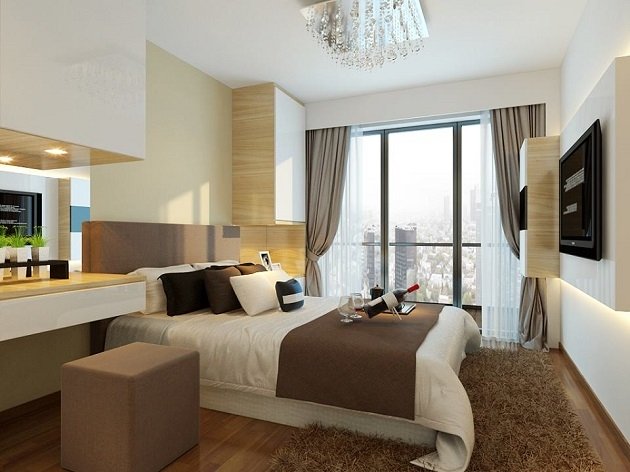 Look at the photo above. At first glance, this seems like an amazing HDB bedroom to be living in. According to the article 10 Stunning HDBs Transformation Under $25,000, home renovation for this entire HDB flat costs $26,000. Sounds pretty good isn’t it?

Unless HDB flat have been built without our knowledge in the middle of skyscraper buildings in New York, we think it’s highly doubtful that the above picture is even a real photo of an actual completed work in the first place.

The picture above is what’s known as an artist impression, or a 3D perspective. It’s what the interior designers use when they are pitching to their clients and want to give them a sense of what can be achieved. In otherwords, it’s basically a drawing done on computer.

So if you are one of those who want to search for interior designers online based on what they can achieve given a certain budget, you should, at the very least, look at portfolios that are based on actual completed work, and not what they have designed on a computer.

Here are a few other examples. 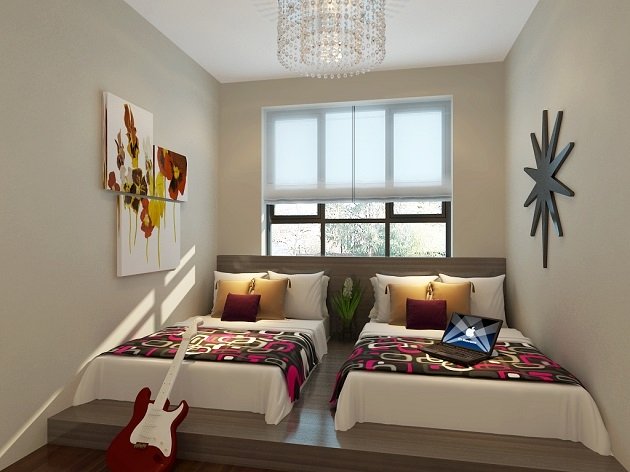 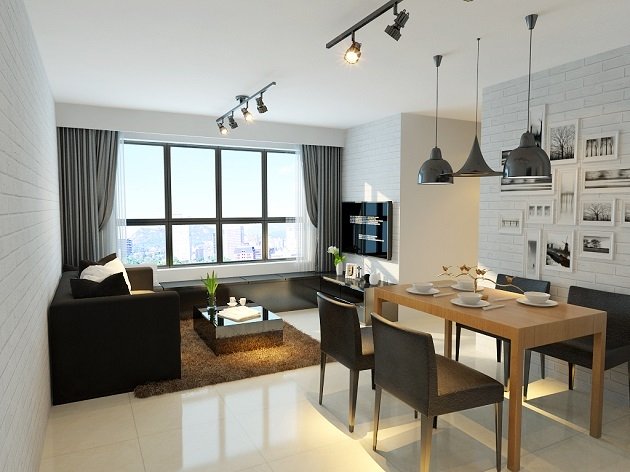 Don’t get us wrong. We are not saying that interior design companies are being dishonest by showcasing works that are not what they have done. It’s possible that these companies may have indeed gone ahead with the projects at the budget (or close to the budget) that they have stated. Private property developers do that all the time to sell condominium units.

These 3D perspectives are important in giving homeowners a sense of the overall design, space and colour they can expect to get, and to allow them to make changes first before actual work starts.

What we are saying, however, is that the onus is on us, the consumers, to be discerning about what we are looking at before we decide which interior designers to work with. If all you are looking at is a portfolio of 3D perspectives instead of actual completed work, then you need to adjust your expectations on what you could end up getting, or relook if the idea of whether your interior designer can actually deliver on the works he or she promises with the budget that has been given. 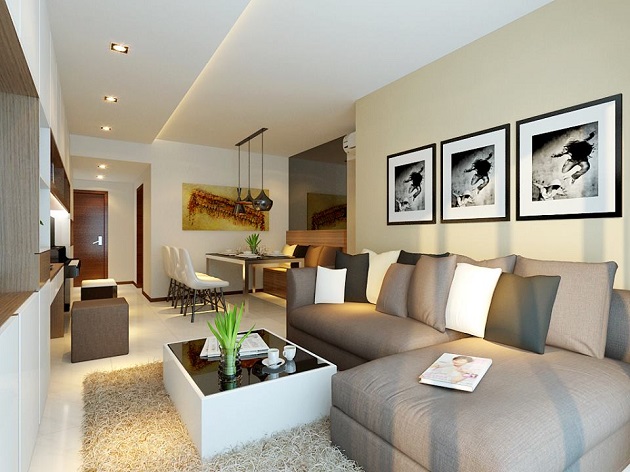 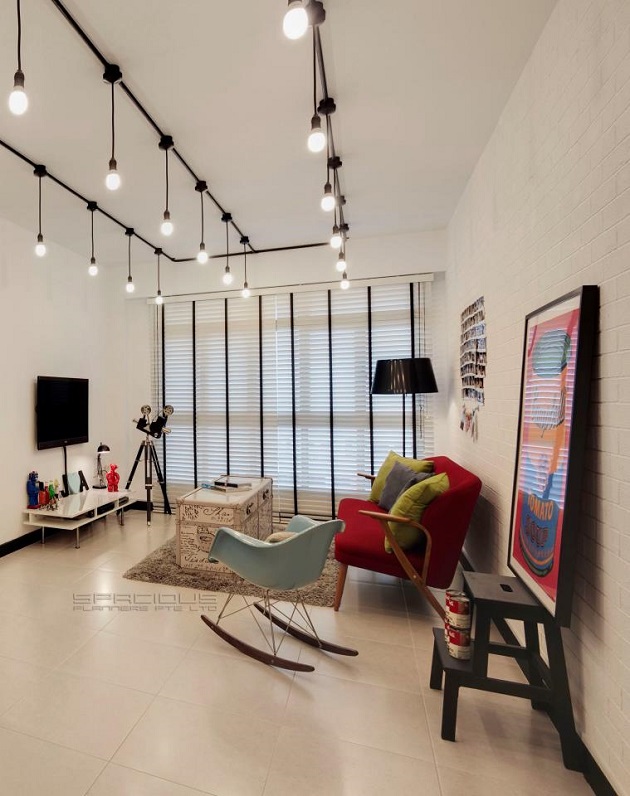 If you look carefully at the above photos, you will realise that while both photos showcase beautiful living rooms, a large part behind why the design works have a lot to do with the colour, furniture and type of lighting used, rather than actual renovation work.

So if you are comparing interior designers with price in mind, look carefully at the photos and identify between actual renovation works done against furnishing work. A home may look nice because the owners spend a bomb on furnishing rather than renovation work. As a consumer, you must learn how to differentiate between the two.

At the end of the day, we must understand that interior designing firms are also marketers themselves. They want to wow us with beautiful designs at reasonable price because they know that’s why homeowners are on the lookout for. And it’s easy for us, homeowners, to end up with unrealistic expectations if we keep looking at these portfolios all the time.

So be alert, especially if you are comparing quotes based on what these interior designers claimed they have achieved. Differentiate between actual renovation work and good furnishing and don’t be suckered in by beautiful designs that have merely been done on computers.

Read Also: 5 Renovation Areas That Can Increase The Value Of Your Flat

5 Investing Lessons From “The Future Is Female” – Singapore’s First Ever All Female Conference
Is Your HDB Home Really An Asset?