What Singaporeans Should Do To Protect Themselves In A Slowing Economy?

Reduce risky investments, hold on to your job and build an emergency fund. 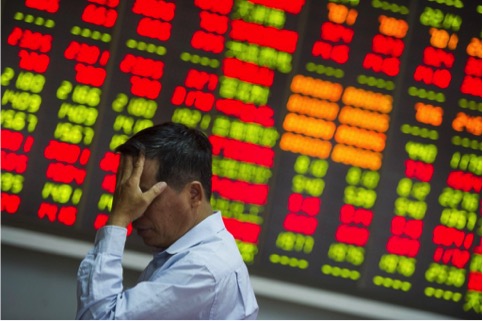 We are less than a month into 2016 and financial experts are already predicting that the current global economy climate is similar to that of the 2008 financial crisis. Global stocks and commodity markets have come under fire just one week into the New Year due to mounting concern of China’s economy. Singapore, being one of the most open economies in the world, will inevitably be affected by the world’s economy.

As much as we would love to avoid a slowdown of the economy, we can’t. So below are some measures that Singaporeans should adopt to protect themselves.

China is Singapore’s largest trading partners. The slowing down of China’s economy puts many investors and businesses on edge, placing huge uncertainties on the market and businesses.

Risky investments on volatile market put investors at higher risk of suffering a potential loss of their investments. Even good companies take a beating during these challenging times, though they will usually bounce back from it. Weaker companies may even go bust in such uncertain market situation.

Hold On To Your Jobs

If you are looking to leave your job due to unhappiness you are facing with your colleagues, bosses, workload or lack of career progression, we suggest you think twice.

Amid a weaker economy, there would usually be a slowdown of jobs in the market. Some companies will retrench employees to reduce cost. A ripple effect, where there are less job openings, more people seeking jobs in the market, plus the inflow of graduates seeking their first job may lead to difficulty with finding a new job. Any rash decision to leave your existing job without securing a new one may result in a relative long period of unemployment.

Even if you do find yourself a new job, be realistic with your expectations. Unless it is a new position that the company has created, there is a reason why there is a vacancy in the first place. In this tight market condition, we are pretty sure there will be someone else out there without a job that is willing to lower his or her expectation to secure one. Will you really be better off?

To brace yourself for a slowing economy, having an emergency fund is exceptionally important. An emergency fund should be sufficient to cover about 6 to 9 months of your monthly expenses that would sustain you in the unfortunate event of a loss of income.

If saving up to 6 to 9 months of your monthly expenses appears difficult, you might need to consider reducing your expenditure. Daily “luxuries” such as your Starbucks Latte or the once-a-week visit to a restaurant may have to go.

Read Also: How To Set Up Your Emergency Fund As Soon As Possible

Revisit your monthly expenses and avoid unnecessary fees such as bank charges for your credit cards and maximising the discount you enjoy on your daily expenses. Having your emergency fund easily accessible during this period of time will definitely act as a trust worthy safety net in time of needs.

In times of a slowing economy, having better knowledge on personal finance will give you an edge in surviving through such tougher time.

A Fresh Graduate Guide To Achieving Financial Freedom: Part One – Living Expenses
7 Real Reasons Why It Is Harder For Lower-Income People To Grow Their Wealth