Weekly Round Up – Betting On The U.S Presidential Election

We round out the most important news for the week. 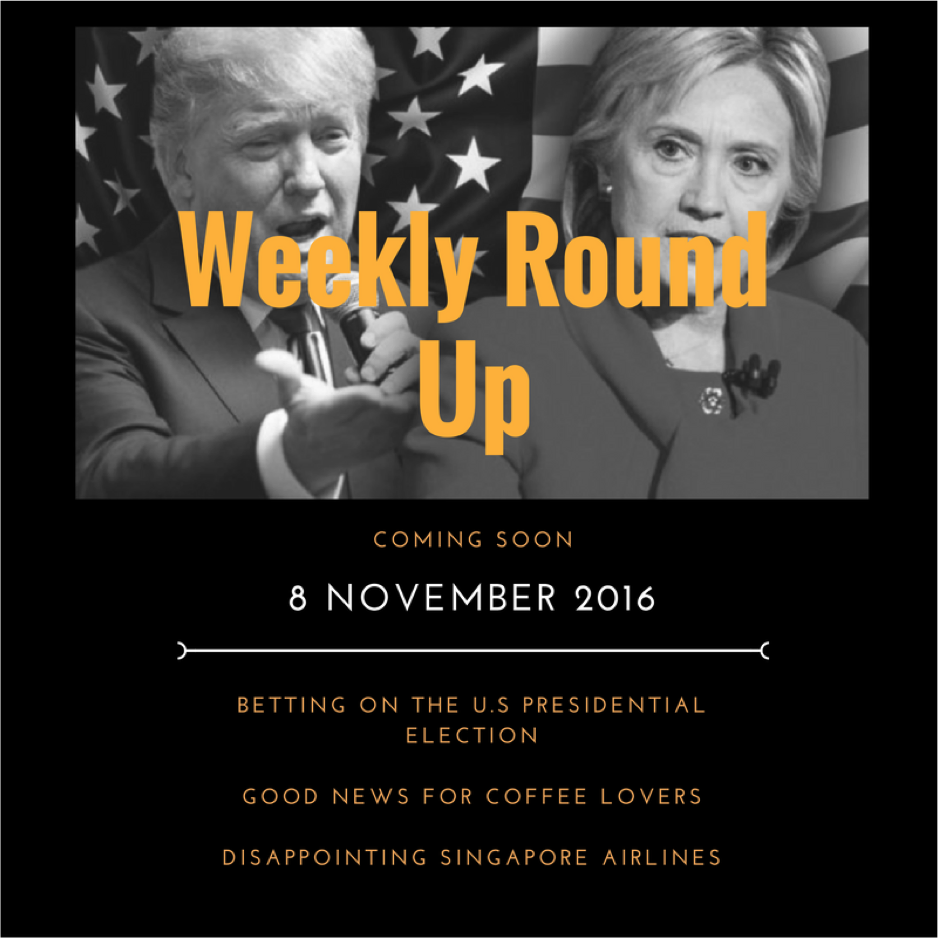 Closest Race To The White House Ever?

Donald Trump and Hillary Clinton are going head on in one of the most dramatic elections in history. The latest presidential polls suggest that the competition between Hilary Clinton and Donald Trump is tightening.

For many months, we watched the race for the White House. With countless under the belt hits, the world watched the drama unfold as though we were watching House Of Cards on Netflix. Now, we are at the final episodes of the drama series and it does looks like a shocking ending should not be totally ruled out…yet.

How We Could Bet On The U.S Presidential Election?

With uncertainties and concerns over Donald Trump being the next possible president, gold price have climbed its way upwards as Donald Trump inched closer to Hilary Clinton.

As the odds for Donald Trump improves, investors are turning to gold as a safe haven, since Trump’s presidency could potentially affect the growth of the nation. Gold price is now close to 1,300, which is the highest over the past month.

Gold to US Dollar Exchange Rate over the past 1 month

One can look to long gold to bet on Trump’s Presidential Election victory and short gold if you feel strongly that Hilary Clinton will be the next president.

According to the unaudited financial results for the second quarter of year 2016, Singapore Airlines saw a drastic decline in net profit from $219.1million to $74.2 million. Some of the main factors contributing to the poor results include the poor economy and heighten competition in the airline industry. In contrast, Tiger Airways and Scoot saw better performance, which could suggests that consumers are turning to more affordable airfares.

How can you choose winning stocks in Singapore? Join us on 16 November in our next 90-minute series: Guide To Choosing Winning Stocks, as we discuss some of the key elements to look at when choosing stocks to invest in.