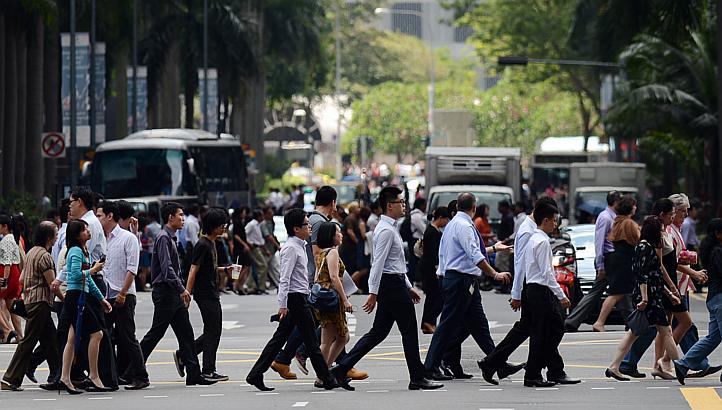 Last week, we had the opportunity to meet with the Minister of Manpower, Mr Lim Swee Say and his team from the Ministry of Manpower (MOM). Along with some other online publishers including The Middle Ground and Vulcan Post, we had a casual conversation over the labour market (till now, we are still not sure whether it was supposed to be a press conference or a sharing session).

According to the preliminary statistics shared by MOM for 2015, the unemployment rate among Singaporeans is 2.9%. More interestingly, those figures have been at 2.9% since 2013.

Economists have a term called the “natural rate of full employment.” It basically refers to the point in the economy where the unemployment rate in the country cannot realistically go any lower for any sustained period. In case you are wondering why unemployment rates can never be 0% in a healthy economy, this video from Investopedia explains it well.

Based on the statistics over the past few years, it appears that Singapore might have already reached this “natural rate of full employment”. Before going into how the labour market is doing, it is worth discussing a few types of unemployment.

Frictional unemployment refers to unemployment caused by people moving from one job to another. For example, if a person quits today without having another job and takes 4 months to find one, the person would be considered as “unemployed” during the quarter.

Having organisations that are able to match between job seekers and companies with vacancies reduces frictional unemployment. For example, NTUC e2i actively seeks to match workers with better jobs and help them improve their employability.

In other words, we believe that there is a difficulty in finding local programmers simply because there aren’t many unemployed individuals to begin with.

Cyclical unemployment refers to unemployment caused by business fluctuations of the economy. For example, the number of property agents leaving the real estate industry during the decline of that industry.

Cyclical unemployment becomes a problem when people who lost their jobs are unable to find new ones. When that happens, it becomes structural unemployment.

Read Also: 6 Ways To Bounce Back From Unemployment

Changes In The Local Labour Market

Based on the estimates, local employment growth among Singaporeans was rather flat.

At this point, it is easy to jump to the conclusion that companies are no longer hiring Singaporeans. However, considering the fact that the unemployment rate among Singaporeans remained the same, it is possible that we could have finally come to a point where the number of young people entering the workforce is offset by the retirement of older people. This could be the most logical conclusion as we are facing ageing population over the past decades.

Changes In The Foreign Labour Market

The reduction in foreign talent entering our workforce is a difficult question to answer. And that is not because it is potential “politician’s nightmare” question. Rather, it is an economic problem.

The logic is that we need workers if we want current businesses to expand, new companies to enter Singapore, or to get entrepreneurs to create new start-ups.

For example, a start-up (let’s just take DollarsAndSense.sg for example) will need to hire more people to expand. So unless we poach someone from our “competitors” (e.g. SPH, and that would be pretty tough for us, at least for now), our options would be pretty limited.

Realistically, we would look into the local graduate pool to hire a financial writer but that would also mean that we will be depriving another company of their local talent (remember that the local employment pool stays constant), Alternatively, we can also try to attract a stay-home mom or a retiree, assuming we can find one that enjoys writing about personal finance and going for boring press conferences.

If we can attract someone to join our team, the problem will then be passed to another company who has lost out on the talent. The situation continues until one of two things happen – someone hires a foreign talent, or a company closes down due to lack of manpower.

The Problem With Not Reducing Foreign Talent

In recent years, Singapore’s economic growth and high salary have been a haven for foreigners around our region. Job seekers around the region look for career opportunities in Singapore that they cannot find back in their home countries.

The influx of foreigners, the growth of our economy and declining birth-rates among locals over the past few decades have added up to one huge problem that the current generation will have to face.

And that is how we are going to continue expanding our economy with bigger, better companies while maintaining a Singapore core that is not going to be expanding.

Productivity Is The Key This is what the Minister shared with us as a casual way to approach the equation. While our economic lecturers might not be exactly keen to accept this as an answer for an exam, it does make sense.

A business can choose to hire more people to increase their production. Alternatively, they can also spend money on technology, get someone to teach their employees how to use this new technology, struggle a little with teething problem adopting the technology, and then hopefully, increase their output in the future.

The Painful Struggle Of Productivity

Think about the number of parties that can screw up this fantastic scenario. Firstly, we actually need companies to believe that they are better off, in the long run, investing in technology. Then more money would be needed to get someone to teach their employees on how to use this new technology.

We would then need to make sure that these employees actually want to learn these new skills (let us ask ourselves when is the last time we can actually remember learning something new?) We will then need to spend at least 1-2 years getting more familiar with this new way of working (assuming we don’t quit our jobs for something easier), increase our company’s output and revenue, before we see an increase in our own salary.

Most people know that increasing GDP solely through productivity gain among the current workforce is the best scenario – for country, companies and employees. However, if that does not happen, companies would then have to choose either to hire more workers (foreigners) to grow, or risk their business stagnating or even falling behind in this ever-changing and competitive world.

It is easy to think of solutions to work towards ideal scenario. But when we take one step further to look at the various limitations that we face such as the aging local workforce and the absence of productivity in certain sectors, the complexity of the problem grew a lot bigger.